For the families left by those who have been killed, the IP agenda wanted a concrete form of support for them and all victims of enforced disappearances.

The IP electoral agenda also raised the resumption of peace talks between the government and the National Democratic Front of the Philippines and the implementation of the Comprehensive Agreement on the Respect of Human Rights and International Humanitarian Law (CARHRIHL).

Specifically, they wanted the immediate release of political prisoner Jovencio Balweg. Balweg is presently held by the Armed Forces of the Philippines (AFP), despite a recent heart bypass at the Philippine Heart Center.

It also pushes for the implementation of the Anti-torture Law.

The agenda for women and children called for the respect and recognition of their rights and also the rights of gays and lesbians as it also raised the need to protect children from all forms of mental degradation including pornography.

On self-governance and genuine regional autonomy, CPA asserted indigenous socio-political systems of governance, conflict resolution and social peace and justice as it ensures the democratic representation of all sectors in all levels of governance, decision-making and lawmaking. The agenda also encourage traditional cooperative systems as practiced in indigenous peoples’ territories.

The IP electoral agenda also outlined the proposal for a pro-people economic program. These included an import-independent and export-free economic policy that depends largely on the communities’ capacity to produce and use its own resources.

“Recognizing that the country is largely agricultural, government should subsidize the agriculture sector for food security and welfare of majority of peasants, and also indigenous peoples,” Anongos said. “We also support the clamor of workers for P125 wage increases and the government workers’ demand for a P3,000 pay hike across the board nationwide,” she continued. 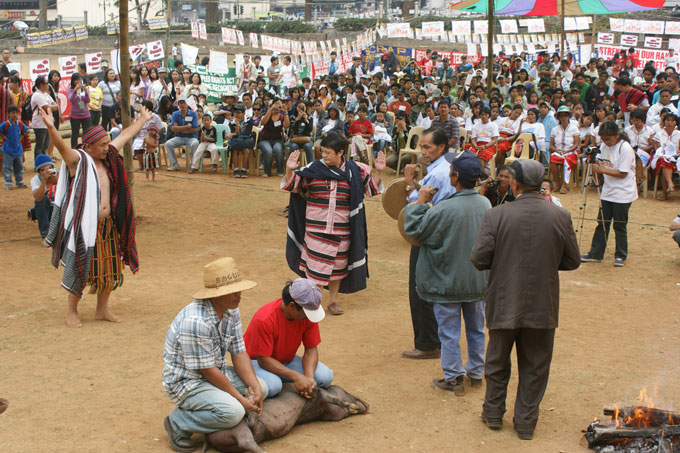 In the economic agenda also are demands to control prices of agricultural inputs and the support for small businessmen, market vendors and urban poor.

The IPs also welcomed the formation of the Katribu Partylist as the indigenous peoples’ genuine partylist.