You Are Here: Home → 2010 → May → 8 → The Blood in Your Coffee (and Milk) Thickens: Nestlé Replaces Union on Strike, Continues to Flout SC Decision

Cabuyao, LAGUNA – The core factory in Asia of the world’s biggest food company Nestlé is a spotless white, sprawling structure along the national highway that runs through the town of Cabuyao in Laguna. This factory churns out milk, coffee and related products (from Nestogen to Milo, Chuckie, Bear Brand, Alpine, Nestlé Sorbetes to Chamyto to Coffeemate) for the Philippine market and nine other countries in Asia, Oceania and Africa.

Aboard a jeepney and shuttle buses that ferry workers to factories in Laguna’s industrial parks, one cannot miss the long white fence and low buildings of Nestlé. But despite its white paint, Nestlé has been notorious for the “blood in its coffee,” milk, cereals and other Nestlé products it is making and re-exporting from the Philippines.

Nestlé is one of the few global giants that rake in profits even during the bleakest times of the global downturn since 2008, due perhaps to its exploitative, bloody treatment of workers, especially in Third World countries.

In the Philippines, particularly in its core factory in Laguna, Nestlé has adopted a business-as-usual stance and decked out its factory like a military garrison from 2002 to 2007, crushed the eight-year workers’ strike, busted the union and laid-off hundreds of employees to make way for lower paid employees.

Nestlé only started shedding its outward look of being a military garrison when the International Labor Organization, acting on complaints of the striking United Filipro Employees-Drug, food, and Allied Industries Union-Kilusang Mayo Uno (UFE-DFA-KMU) and trade unions abroad, asked Nestlé to pullout the military in 2007. At about the same time, the regional special action force (RSAF), an elite police unit that was utilized in brutal assaults against the striking workers, was renamed to LIPPAG (Laguna Industrial Peace Police Action Group). 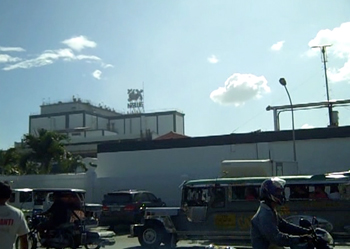 But despite shedding the look of a military garrison, its workers who are on strike since January 2002 complained of still being under surveillance and of harassments. Every Monday whenever they have a protest action, a mobile patrol would station itself near the picketline. The police still maintains a camp inside Nestlé, the workers told Bulatlat.

“It is unfortunate that such a wealthy company such as Nestlé would engage in a strike—which I will talk about in the future—which has involved the murder of union officials around that strike action, and that they have engaged in that action over the mere issue of including retirement benefits in the enterprise agreement that is being negotiated. It is a shame that that is a standard they would not apply here or in Europe but they seem willing to apply it in the Third World,” said Senator Gavin Mark Marshall in a speech a week ago before the Australian Senate.

Two successive union presidents in this Nestlé core factory, Meliton Roxas and Diosdado Fortuna, had been killed while on strike. Roxas was shot dead in 1989 in front of the picket line; Fortuna was killed on his way home from the picket line in 2005. They were killed during the peak of the workers’ two most recent major strikes.

The 1989 strike was conducted simultaneously in all Nestlé plants in the Philippines. Roxas was killed during the strike and 103 union officers were laid off but the workers were able to gain their major economic demands, including retirement benefits. The issue of the legality of the inclusion of retirement benefits in the collective bargaining agreement (CBA) negotiations was affirmed by the Supreme Court in a 1991 ruling. This was later affirmed by the High Court in three more decisions thereafter, with the March 2008 decision being deemed as final and executory.

During the 2001 negotiations for the next CBA, Nestle’ management refused to include the retirement benefits gained by the workers earlier. To the union, this was not just a swipe at their guts, given that some were already approaching retirement. It was legally and morally unacceptable. They lost Roxas and their union officers fighting for it, and they were able to gain a favorable SC ruling. The management’s intransigence forced them to conduct a strike in January 2002.

The Nestlé workers’ strike became a prime example of the Arroyo administration’s impunity, corruption and human rights violations. Compared to her predecessors, Arroyo has also been notorious for having issued the most number of assumption of jurisdiction (AJ) orders, with its attendant return-to-work order and deputization of armed troops to enforce it, to quell both ongoing as well as impending labor strikes.