MANILA — Johnny, not his real name, has been working as a cameraman for ABS-CBN’s current affairs program for 22 years. On June 18, he was told by security guards that he is among those who have been banned from entering the company premises.

On June 16, Johnny, like many of his colleagues, was summoned to the human resources (HR) department. He was being offered a new contract, stating, among other things, that he has to work for eight hours a day for a salary of P25,000 (USD 548.84, based on peso exchange rate of 1USD=P45.55) and that he would be on probationary status for six months. He told the HR staff that he would think about the offer.

“It [the offer] is insulting,” Johnny told Bulatlat in an interview, adding that another cameraman who is his junior has been offered P45,000 (USD 987.92) as salary. “I did not do anything wrong against the company. Why don’t they give me some respect?”

Johnny is one of the 25 workers of the ABS-CBN internal job market (IJM) who found themselves jobless days after ABC-CBN chairman Gabby Lopez issued a deadline for the workers to accept the so-called regularization scheme.

“Those who would not sign the contract will lose their jobs,” Lopez told the workers on June 15. “[You] either resign or find another job. That’s the only choice you have,” Lopez said. A video of Lopez’s speech was shown to the media by the ABS-CBN IJM workers’ union in a press conference on June 24. 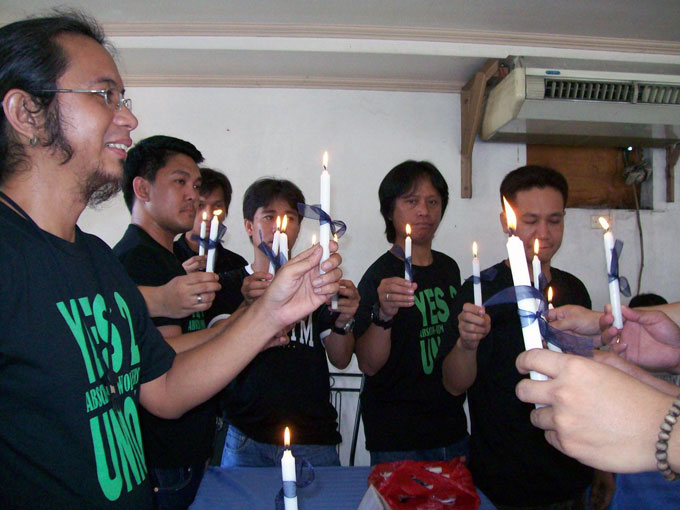 The offer, said union member and sound engineer Russel Galima, entails a waiver of all cases filed by the workers against the management, disregard of ther years of service, lower salary, among others. Antonio Perez, the union president, said the salary offered to workers is only one-third of their current salary.

“If you don’t want it, we would not force you. ..just don’t convince other people not to accept our offer. Can you feed their families?” Lopez said further.

The proposed salary is fixed, meaning workers could not demand for overtime pay and special pay on holidays. “We are always on call. At times, we were on coverage for three days. It is just not fair,” Johnny retorted.

Like the rest of the workers, Johnny said he was not given a copy of the contract. “It was only discussed to me verbally.”

Perez said only 100 of the 1,400 IJM workers were offered “regular” positions. “The contracts were a done deal. The management has already signed them and we were not even given copies.” 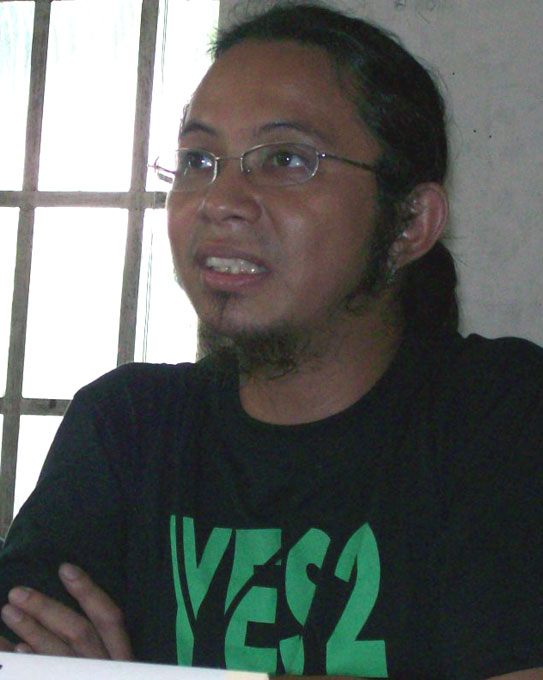 Perez said contracts of workers have been co-terminous with the TV program. “We are regular in the programs but not in the company. The renewal of our contracts is the company’s discretion,” Perez said.

Almost half of 100, mostly senior workers have been put on probation. Those in the post-production did not get any offer.

Perez said they are only fighting for their basic rights as workers. “We only wanted to have representation.”

“It is not an abuse to demand what is stated in the law,” Perez said, stating that under the law, workers who have rendered at least six months of continuous work are entitled to become regular workers. “It is also our right to form a union,” he said.

Panizales said their union was formed in March 2009. In November of the same year, the union filed a petition for certification before the Department of Labor and Employment-National Capital Region.

“The company denied our status as employees,” Panizales said. The DOLE-NCR decided in favor of the management and the union filed an appeal to the Labor Secretary’s Office.

Panizales believes the management’s offer for the so-called regularization aims to diminish their union membership. “It is simply union busting,” he said.

Perez insisted that their identification cards and pay slips are proofs of their employment with the giant network. Citing the recent Supreme Court decision on Fulache vs. ABS-CBN Corp., Perez said they should be considered as regular employees, too.