MANILA – Of all decisions Aquino made in his first week, it is “his cabinet appointments that raised more questions than hope,” said Renato Reyes Jr., secretary general of Bayan (New Patriotic Alliance). “The cabinet appointments are a reflection of the policy direction the new administration will take. Some of the appointments don’t give much hope for change.”

“The cabinet that he has formed recycles old faces – former Arroyo officials who will now occupy key positions – with new ones particularly in the justice post basically providing the embellishment of token reform,” said a CENPEG analysis of the new president’s administration. 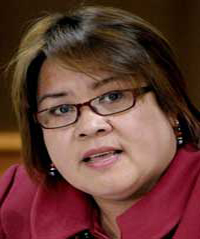 Except for the new Justice Secretary Leila de Lima, many of the Aquino cabinet appointees are either representatives or members of big businesses and landed elite, or, as Terry Ridon, national chair of League of Filipino Students, described them, they are “recycled” government technocrats that “have long pursued the policy of limiting the role of government in the delivery of social services and access to basic infrastructure such as electricity, water and petroleum products.”

With such people at the helm, “change for the worse” seems to loom over ordinary Filipinos such as the health workers, said Emma Manuel, chair of Alliance of Health Workers, who cited as example the new Health secretary Dr. Enrique Ona.

“We are hoping for change that will move forward, not backward, in terms of providing health for all,” Dr. Geneve Rivera, secretary-general of Health Alliance for Democracy, said in a statement. Dr. Ona was former director of the National Kidney and Transplant Institute (NKTI). His track record there, said Dr Rivera, was marked not just by union-busting but also by pushing heavily for “corporatization of government hospitals and medical tourism, the exact opposite of what the Filipino people urgently need in terms of health care.”

Given Dr. Ona’s ‘expertise’ at running public hospitals like a business for profit, health groups say the message Aquino seems to be saying now is: “If you have money, we have health care for you, if not, sorry for you.”

The new Labor secretary, Rosalinda Baldoz, also caused apprehension to youth groups and labor groups when she issued statements regarding Aquino’s platform on labor and employment, and revealed mere “photocopies from Arroyo’s book.”

A government bureaucrat with the Philippine Overseas Employment Administration long criticized by Migrante for virtually selling off the interests of overseas Filipino workers, Baldoz is now “trying to condition the public,” said Anton Dulce of Anakbayan, into “accepting a continuation of Arroyo’s wage-freeze policy.” This, according to Baldoz, is geared toward attaining “competitiveness” and attracting foreign investments.

Baldoz, according to Garry Martinez, chair of Migrante, was “incompetent in addressing labor-related concerns of OFWs during her time in the POEA.” She botched the labor case of Sentosa nurses, for instance, Martinez said. During Baldoz’ term at the POEA, she led in crafting many anti-migrant policies; she likewise failed to resolve numerous cases of unfair labor practices victimizing OFWs.

As threat to rights and welfare of the country’s working people Baldoz and Dr. Ona are not alone in Aquino’s cabinet, unfortunately.

KMU pointed to other representatives of big businesses in Aquino’s cabinet as the group who will likely block, as usual, the labor’s demand for wage adjustments. Worse, these new officials may not also be depended on in bringing down prices, or keeping the lid on price increases of basic commodities and utilities. Some cabinet appointees, said the group Bayan, hailed direct from Big Business such as Tourism Secretary Alberto Lim of the Makati Business Club; Energy Secretary Jose Rene Almendras who is former president of the Ayala-owned Manila Water, and Transportation and Communication secretary Jose “Ping” de Jesus who is former president and chief operating officer of electricity distributor Meralco and also former PLDT executive vice president. 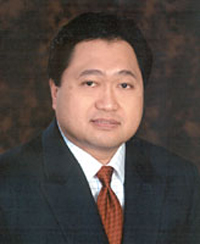 As if the looming price increases and wage freeze are not enough, a more regressive taxation becomes a big possibility too with Cesar Purisima as Finance Secretary. A proponent of the E-VAT in 2005, Purisima may well continue the onerous taxation binge of the Arroyo regime.

“When Mr. Aquino says Purisima’s credentials speak for themselves, we can’t help but be reminded of the expanded Value-Added Tax (e-VAT) he pushed. Will we be treated to more of the same fiscal policies?” Bayan’s Reyes asked now. Purisima, by the way, is also listed as a big contributor to the Aquino campaign.