MANILA — Perlita Carmen, 55, considers Mark Lloyd as the sweetest and most thoughtful among her five children. And every time she recalls that fateful day when Mark left to work abroad, Perlita feels like crumbling to death. It was her last memory of her son who was “full of dreams and full of life.” 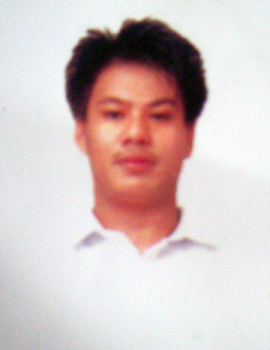 Mark is the overseas Filipino worker killed in Kish Island, in Iran while waiting for his re-entry visa to the United Arab Emirates. Earlier reports reveal that a Sudani national challenged him to a fist fight and slapped him several times when he refused to fight. Mark fought back to defend himself but the fight turned bloody when the Sudani was handed a knife by his companion, which he used to plunge at Mark’s chest.

“He was very special from the time he was born,” Perlita told Bulatlat. She recalled that she was only supposed to have her regular pre-natal check up when her doctor informed her that she needed to deliver the baby that day due to pregnancy complications. “Papansin talaga,” (He was really seeking attention.) she said.

A few days after, they found out that Mark is allergic to cow’s milk. And since Perlita’s nipple is inverted and that her milk supply was always insufficient, “Mark had to suckle from other mothers in our community to survive,” she said, “Mark has many mothers.”

Perlita said Mark grew up nice and friendly. And while he is not as good as an angel, she said, her son was worthy of all the love that they gave him. “He could be very kind. He could also be very naughty,” she said.

She added that Mark worked hard to finish his education. He was enrolled at the Philippine Christian University and worked on the side to support his studies. But even before he finished his first semester, Mark had to drop out because they were having a hard time sustaining his daily expenses to school.

Perlita said Mark probably had ill feelings because she was not able to send him to college. But, nonetheless, Mark remained sweet, thoughtful and nice to his family. “He massaged me whenever I was sick. He woke up early to greet me happy birthday. He always gave me something, even a withered rose, for my birthday,” she said crying.

In 2006, Mark went to General Santos in Mindanao to continue his studies. Perlita has a relative who is teaching in a university there. He completed a two-year hotel and restaurant management course at the Golden State College.

During his stay in General Santos, Mark had dengue fever. “The doctor told me that my son was in a very critical condition. My relatives looked for anyone compatible with his blood type, even those in jail,” she said. But in between her worries, Mark would always assure her that he would be fine. “Everything is under control,” Mark repeatedly told her, “I would survive even without blood.” 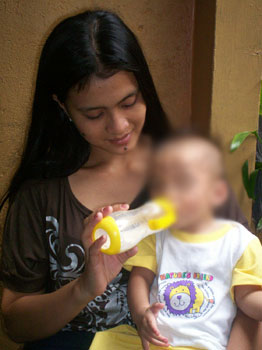 When he returned to Manila in November 2008, he brought back with him his wife, Baican and their first son, Justin. “I hugged him,” she said when asked what she did when they first saw each other.

Early in 2009, Mark worked as a waiter for Aristocrat restaurant along Roxas boulevard. He endured the low salary, thinking that it would serve as a working experience to be eligible for better jobs.

On his first salary, he shared it with everyone in the family, even teasing her younger sister that his salary was finally here. “I bought him white shirts from a thrift store so he can use it when going to work,” Perlita said, “I also bought diapers and milk for (Justin). I gave everything back to them.”

After his four-month contract expired, they found out that they would not be given a certificate of employment from the restaurant because he was hired through an agency. But this did not discourage him from working hard for his family. He was later on employed as a waiter for Giligan’s Island Resturant and Bar.

In July 2009, Baican returned to General Santos to give birth to their second son, JG. Mark, on the other hand, continued working for Giligan’s. On February 14, 2010, Baican returned to Manila. Now that they have two sons to take care of, they felt that life was harder.

Sometime in March, Baican’s eldest sister Alma offered to help Mark. She said that they would only need to produce P30,000 ($647) for his visit visa and she would take care of the rest of the expenses once Mark is in the United Arab Emirates. “Alma has been very good to us,” Perlita said, “She was also concerned for her sister and her nephews’ welfare.”

At that time, Mark was reluctant. Perlita said that he was not comfortable leaving his wife and children behind. He also did not know where to get the P30,000 ($647) for his visa. “He did not also want to leave me as well.”

“But I told him that this is the opportunity that he was waiting for,” Perlita said. Mark agreed. He talked to his older brothers about the P30,000 ($647) and his brother Daniel, who is working as a call center agent, agreed to pawn his ATM card to a loan shark for ten percent interest.

Alma informed them that Mark would be leaving on April 4. “The whole village celebrated!” Perlita said, adding that it was a first in their family for someone to work abroad. She said that Mark’s cousins were even jealous of him, wishing that they were in his place.