“A glaring proof that Filipino women are still living in oppressive conditions – even though the country ranks high in gender-based indexes – is the increasing number of victims of violence against women, most notably, gang rape,” said Lana Linaban, secretary general of Gabriela.

MANILA – Marian Acosta-Doydoy, 30, married with one child, did various jobs on a contractual basis. She was already working for two years as a sales clerk in a boutique shop and was up for regularization until she got pregnant and was forced to resign.

“They terminated my contract because I’m pregnant. Their policy is that a sales clerk should be single,” Doydoy said.

Doydoy is only one of the many Filipino women who have no choice but to agree to work as contractual employees. And their dire situation keeps them disempowered.

In the recent Gender Gap Index by the World Economic Forum (WEF), the Philippines ranked ninth in countries where women are “empowered”. The Philippines is also the only Asian country to make it to the top ten.

The WEF is an independent, non-profit international organization. It is composed of top business leaders, international political leaders, selected intellectuals and journalists. The Global Gender Gap Index was developed in 2006. It uses Gender Gap subindexes such as economic participation and opportunity, educational attainment, health and survival and political empowerment. 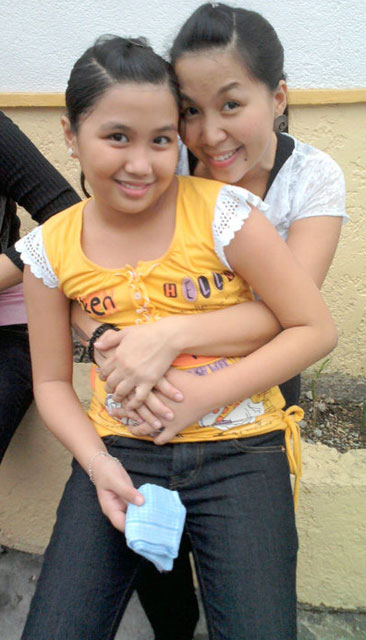 However, Gabriela said the system of ranking is misleading. The WEF uses quantitative measures without looking into the qualitative aspects. In the category of economic participation and opportunity, for example, it merely computes how many women are in the workforce without considering how they are being treated in the workplace.

Lana Linaban, secretary general of Gabriela said WEF’s figures might be accurate but it does not dig into the real situation of women. “The WEF concluded that the gender gap is getting narrower and that there is equality between men are women but in reality that is not what is happening. Additional burden such as child rearing, doing household chores and abuses are not looked into in the survey.”

Gabriela said in a statement that the high ranking the Philippines received in the Gender Gap Index should not be mistaken to mean that Filipino women have been fully empowered nor have been freed from oppression. The Gender Gap Index simply measures the “gender-based access to resources and opportunities in individual countries” rather than “actual levels of available resources and opportunities”. For example, it could only tell that less women trail behind men in access to rights such as education. But it does not show the fact that the widespread poverty in the country has prevented millions of children, both male and female, from having access to education. It might reveal that more women are in high positions in companies, but it does not show that the eroded domestic economy has rendered millions of Filipinos, especially women, jobless.

Linaban pointed out that even though more married women compared to married men have jobs, it does not mean that these married women are free from abuse. “They may have jobs and might even earn more, but they still do the household chores, take care of the children’s needs, and worse, still suffer maltreatment.”

“A glaring proof that Filipino women are still living in oppressive conditions – even though the country ranks high in gender-based indexes – is the increasing number of victims of violence against women, most notably, gang rape,” Linaban added.

According to the 2009 data of the Center for Women’s Resources data, there were 9,797 cases of violence against women. One to two children are also experiencing violence every hour. There are nine children being raped every day, while there are six to seven battered children every day.

“The most recent gang rape of a volunteer nurse in South Upi, Maguindanao is a grim evidence of this reality,” said Linaban. “During the same month the rape in Maguindanao happened, a woman was forcibly taken in a van and raped by three men in Quezon City. Aside from those cases that hit the news, Gabriela also received an increasing number of unpublicized cases of gang rapes. In 2008, there were six cases that we handled; seven cases in 2009; and eight cases from January to September in 2010. “Worse, most of the victims are minors.”

Meanwhile, Doydoy, now unemployed, is again looking for a job. It has become a cycle, she said. She is now preparing her papers for her application for employment in Dubai. (Bulatlat.com)