While providing a lot of support to Business Process Outsourcing Companies, the government is ignoring the oppressive working conditions of call center employees.

MANILA – The news that the Philippines has overtaken India in the number of new hires in the call center industry has prompted a labor education NGO recently to warn industry stakeholders and the government against risking its workers’ welfare for the sake of such boom, or the projected boom up to 2016.

“The welfare of workers in BPO institutions must not be compromised for the sake of attracting more investors,” said Anna Leah Escresa-Colina, executive director of the Ecumenical Institute for Labor Education and Research (EILER). Citing the inquiry of the Kabataan Partylist on the “dire conditions of call-center agents,” which served as basis for the filing of House Bill No. 2592, as well as their own research into the plight of call center employees, Escresa-Colina reminded the government that it “must not only foster a good business climate, it must also guarantee good working conditions and protection of workers’ rights.” 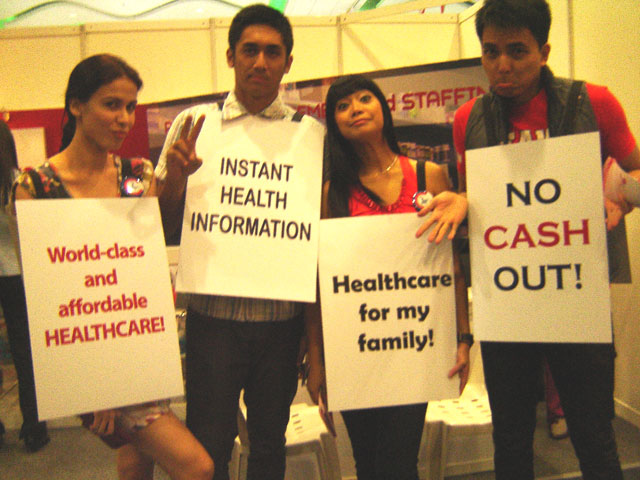 Examples of What Filipino BPO Employees Have to Promote on the Job.(Photo by Marya Salamat / bulatlat.com)

BPO employees seem to be little aware of their rights, said employees themselves who attended discussions about their common plight even if they are working in different companies. There are more than 300,000 employed in the sector, some lasting for as long as four years or more. Yet, so far, there is no registered union or association of employees in the industry. This gives the employees little to no say in their working condition, from restroom breaks to determining the work-quotas, length of working hours, computation of wage, overtime pay and vacation leaves, if any, to emergency leaves and being accorded due process in cases of termination or forced/extended/open-ended leaves. Current working conditions account for the high attrition rate in the industry. Company owners and executives, meanwhile, have industry associations that actively lobby for, and achieve, more and better government support for their continuous expansion and profit.

Kabataan Party-list Representative Raymond V. Palatino sponsored the BPO Workers Welfare & Protection Act during the past Congress. This year, he and his staff have been holding roundtable discussions with employees of the BPO industry as they prepare the ground for re-filing the bill.

The said bill seems to have already been subjected to unfounded criticisms, Palatino told Bulatlat.com during one of his roundtable discussions with BPO employees. During one such discussion, employees from various BPO companies in Metro Manila confirmed the sore lack of security of tenure in the industry, whether the employee is called regular or not, the high quota-pressured night working hours, and the seeming misinformation they have been hearing against the proposed bill for BPO employees’ protection.

“The primary condition most workers have to contend with is having to work in graveyard night shifts in order to serve foreign overseas clients. Also, in order to maximize profits, many companies employ schemes to effectively force their employees to work without the benefit of regularization and tenure and a host of other benefits, from health to transportation,” read a brochure for the Kabataan Partylist representative’s HB 2592.

Although much of the provisions for the protection of call center agents Palatino seeks in the bill are already provided for by the Labor Code, BPO employees, he reasoned, have many work-related hazards and problems peculiar to and especially experienced only by these workers. And yet, “there is a lack in government measures to especially protect their rights and welfare,” said Palatino. 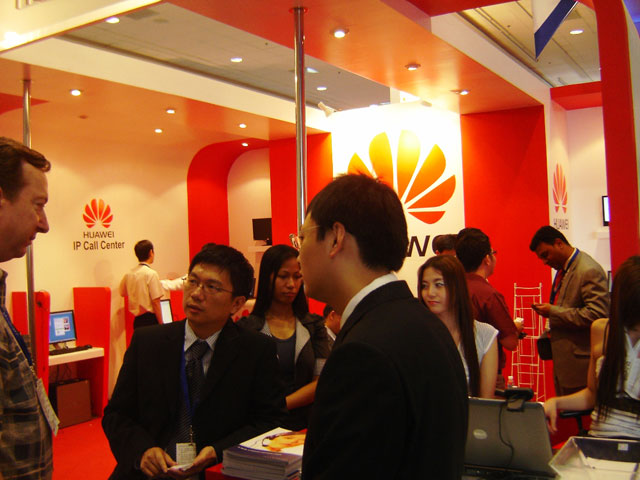 A view of multinational contractor industry in the Philippines. (Photo by Marya Salamat / bulatlat.com)

Instead, the BPO industry have repeatedly garnered the government’s support for its peculiar work practices. For example, the government had once granted the BPO industry an unprecedented exemption from observing a certain holiday and thus from paying its employees double their rates for having worked that day. The government has been helping the BPOs trim the cost of hiring and training by providing scholarships for those seeking call center jobs. It has also been granting ecozone status to buildings with BPO companies in it, and not just to landholdings with industrial parks, as was being done before. The status gives BPO companies certain perks and incentives. The BPO workers, meanwhile, are largely left at the mercy of these BPO companies.

“Our work condition can sometimes make you cry,” said an employee who attended the Kabataan Partylist’s roundtable discussion. She said one can only take so much insults such as, “You’re so stupid!” or “F— you!” over the phone in a single working day (or night).

Lower-end of the Global Outsourcing Industry

The Philippines’ BPO sector is reportedly a $9-billion industry employing 450,000 people. The bulk is made up of call centers, which should employ 344,000 by year-end, based on an industry association projection last September. So far it generates some $5 to $6 billion for the Philippines (while India’s entire BPO industry is still reportedly valued at $47billion).

The Philippine BPO industry has been positioning itself as the “preferred destination for outsourcing,” and recently it has outpaced rival India in terms of call center new jobs (by a mere 1,200). However, the fact remains that it still gets mainly the low end of the business process outsourcing jobs.

The entire outsourcing industry goes beyond call centers, to include services that demand higher skills like software development, engineering design and investment research, as even the acclaimed godfather of Philippine BPO industry, former Senator Mar Roxas, said in his keynote address delivered before the industry’s executives last year.