You Are Here: Home → 2011 → January → 25 → Groups Urge Noynoy to Act on Killing of Palawan Environmentalist-Broadcaster

Groups Urge Noynoy to Act on Killing of Palawan Environmentalist-Broadcaster

NUJP challenged President Aquino to make good on his pledge to solve the killings of journalists while others say authorities should go beyond the robbery angle that the police initially announced, considering that Dr. Gerry Ortega was also an environmental activist.

Sidebar: Killed for Anti-Mining Stand? Palawan’s ‘Doc Gerry’ Was Friend of Environment and the Poor 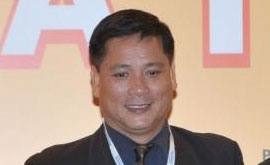 MANILA – Various media groups, environmental and youth organizations denounced today the killing of Dr. Gerry Ortega, athe 47-year-old environmentalist and broadcaster who was shot dead on Monday by a gunman after finishing his radio show in Puerto Princesa City, Palawan.

The National Union of Journalist of the Philippines (NUJP) called on President Benigno S. Aquino III to ensure justice for the killing of Ortega and for all 141 journalists killed since 1986.

“Once again, we say, if you, Mr. President, truly wish to make good on your pledge of good governance, order all the media killings solved and the masterminds arrested, prosecuted and convicted,” the NUJP said in a statement.

The NUJP also challenged Aquino to acknowledge that the State should be accountable, not only for all media murders, but for all extrajudicial killings and human-rights violations committed by its agents, or to admit that the State and his administration cannot or will not fulfill its most basic duty, to protect its citizenry.

The group said that “an honest-to-goodness effort to solve the murders of journalists in this country will reveal that behind most of the cases are powerful political interests that rule through intimidation or use of assassins’ bullets and corruption money.”

The Paris-based Reporters Without Borders said in a statement that Ortega’s killing was an “act of savagery.” It expressed total support to Ortega’s family, friends and journalist colleagues, and urged Philippine authorities to disclose swiftly the motive for the murder and the circumstances surrounding it.

“The organization is horrified by this act or savagery and calls once again on the government to guarantee the protection of journalists,” the press freedom body said.

“It is time that the promises of Benigno Aquino, president of the Philippines since July 2010, who announced better security for journalists in his country and an end to the culture of impunity, become a reality. Impunity remains the chief evil corroding the country.”

Puerto Princesa Mayor Edward Hagedorn said in reports that he would personally focus on the case to identify the mastermind and bring him to justice. He said would meet with local journalists and come up with a plan or program to more media killings in the province.

Kalikasan PNE, the College Editors Guild of the Philippines and the League of Filipino Students also expressed outrage over the killing. The LFS said Ortega was an alumnus of the LFS chapter at the Mindanao State University in Marawi. The groups held a candle-lighting program at the Boy Scout Circle in Quezon City Monday night to condemn the killing.

Ortega is the 142nd media worker to be killed since the end of the Marcos dictatorship in 1986. The NUJP said if it is proven that Ortega’s killing is work-related, he would be the second journalist to be murdered during Pres. Aquino’s administration.

The National Press Club, meanwhile, demanded that the Philippine National Police-Task Force Usig (PNP-TFU) and the Death Investigation Division of the National Bureau of Investigation (DID-NBI) take over the investigations. It said that the police authorities should take Ortega’s alleged killer, identified as Marvin Alcaraz, into their custody.

“The PNP and the NBI should ensure Alacaraz’s safety. He might very well be the next target of those who may have hired him to kill Ortega,” the press club said. Alcaraz was arrested moments after he allegedly shot Ortega. Police initially said it was a robbery case.

But the Asian Human Rights Commission (AHRC) expressed doubt that robbery was the motive behind the murder of Ortega.

The AHRC noted that there was no evidence to show the use of force and resistance on Ortega’s part that would have resulted in the shooting.

“It is incomprehensible and devoid of logic to be the gunman’s motive to kill Ortega,” the Hongkong-based group said, referring to the robbery angle.

“To trivialize the murders of journalists, human rights and political activists, has been a common police practice at the early stage of investigations in the Philippines,” the rights group said, citing the murder of Bishop Alberto Ramento inside his convent in Tarlac City on October 3, 2006. Authorities also claimed that the killing was a result of robbery, not a targeted attack on activists.

“There is a political context and benefit of publicity on the part of the government as to why this type of murder would rather be reduced to plain robbery. When a murder is trivialized as purely motivated by robbery, the state responsibility and accountability is also reduced. It creates a false sense that the ongoing extrajudicial killings are not systematic, widespread and targeted, to gloss over the country’s human rights record,” the AHRC pointed out.

The AHRC further said that the Philippine National Police (PNP) already had a starting point in their investigation that they must continue with effectively and thoroughly. The group said the police needs to focus on Ortega’s work as the motive and to identify the people behind his murder.

The group noted that before he was murdered, Ortega had informed the police about receiving death threats on his mobile phone. “Therefore, the police station who recorded his testimony should explain what action they have taken to protect him and the result of their investigation in identifying the persons who made the threats. It needs to be ascertained as to how the policemen took action on his report. If there was neglect on the part of the police, this must be investigated and they must be held accountable,” the AHRC said.

“Ortega’s murder reaffirms the already known fact that the perpetrators have no qualms about murdering their targets in broad daylight, at anytime, anywhere. The presence of hundreds of potential witnesses no longer hinders them. Ortega was shot in open public view, in a crowded market place and in broad daylight. The perpetrators no longer fear being arrested and prosecuted for murder. In most cases they will get away with it,” the AHRC said.

The group also said that Ortega’s murder “demonstrates the ugly reality of the loss of value of human lives in the Philippine society.”

“The value of human lives has become only an idea rather than fact because the system in which lives should have been protected is either deeply flawed or nonexistent in its real sense. It is the people who protect themselves in their own system; they do not rely on the government. The murder and the ongoing impunity is a byproduct of the rotten state of the investigation and protection mechanism,” it said.