From the Back of a Bouncing Truck, a View of the Countryside

MANILA – I participated in the peace and mercy mission as well as fact-finding mission held from Jan. 20 to 22 in Jones, Isabela, together with human-rights organization Karapatan, church groups National Churches of Christ in the Philippines and Promotion of Church People’s Response, and independent media group Kodao Production.

There had been reports of human-rights violations committed by soldiers on residents of some villages in Jones, one of Isabela’s towns. The mission’s objective was to document these violations, distribute relief goods and provide medical services to the residents of Dicamay village. 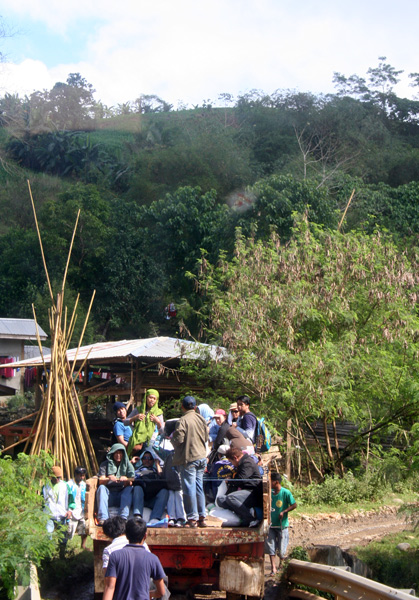 It was a long and tiring ride. After the 10-hour trip to Isabela, the team traveled for another two hours to Jones, our destination. We rode on a logging truck. Minutes after the smooth road came the rough and muddy road. I was sitting in the passenger seat while the rest of the group were at the back, sitting on goods that would be distributed to residents of Dicamay II.

It was a tough travel; we were literally bouncing on the logging truck under the heat of the sun. The women screamed when the truck almost fell into a ravine. Thank God the driver was good enough to bring us to our destination alive and in one piece.

Jones is a mountainous area where farmers plant different crops. As we traveled through the countryside, a “frequently asked question” among activists popped in my mind: Why is the Philippines so poor when it is so rich? 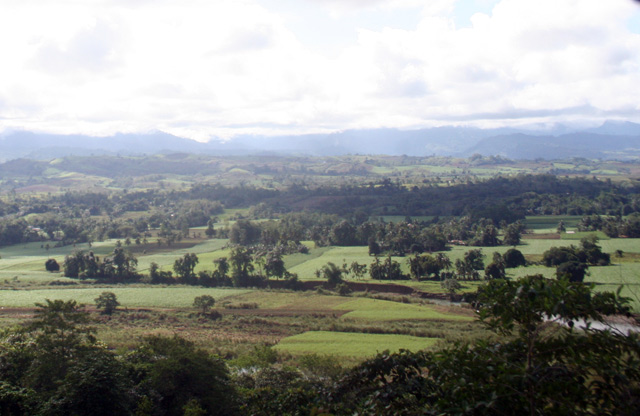 The view was fantastic as we passed by crops, some ready for harvesting. Houses were miles apart, there were pigs roaming within the farmer’s backyard and a carabao was used as means of transportation to their farm. “This is the countryside,” I told myself. 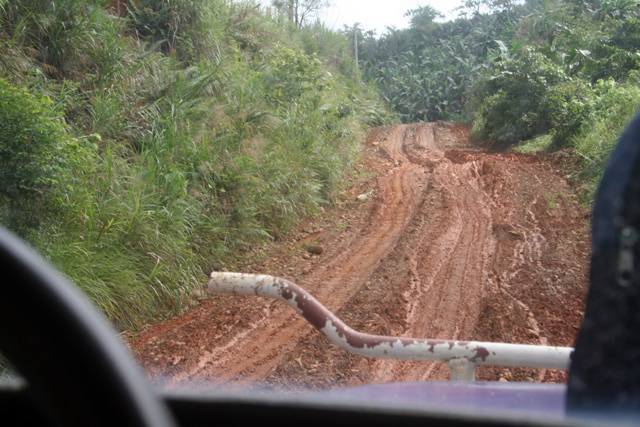 Two hours after the rough ride, we reached the center of Dicamay. One by one, people from other villages and hamlets came to avail of the medical check-up courtesy of the mission. We also started to interview victims of human-rights violations.

While walking in the muddy road of the village, I realized that I was in a place, like so many others like it, that is neglected by the government. The rough and muddy road of Jones, like other places in the province, reflected how politicians tend to forget what they promised during elections, the village chieftain told me. “Those politicians, they were always promising every election that they would build concrete roads here. But so many politicians have won over the years and yet nothing has changed.” 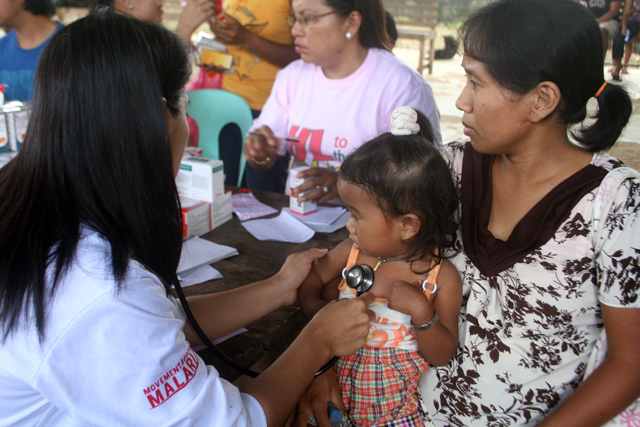 According to the people we talked to, children were always sick from cold, cough and flu. One mother said it was very seldom that they see a doctor, since going down to the city is expensive; the fare is at least $1.60, a fortune for an impoverished family here. 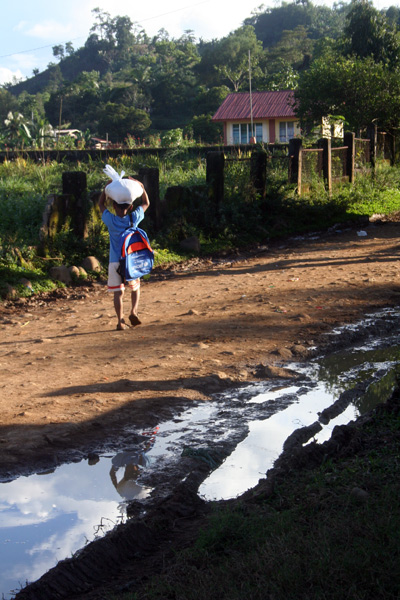 Mothers who received their goods from the mission were very grateful. The children’s smile also showed how grateful they were for the school supplies sponsored by Unicef. They profusely thanked the mission.

Getting in touch with people like those living in Isabela, interacting with them, knowing their story is always an eye-opener. I live in the city where everything is made easy for us, yet we rant over traffic jams, over price increases, over slow internet connections. But those in the countryside, who definitely need more than those, live a quiet life tilling their land. What they do not need are soldiers harassing and threatening them.

An experience like the mission in Isabela reinforces my view that the struggle for meaningful change in the Philippines has a long way to go. (Photos by Anne Marxze D. Umil /