An essential aspect of the bill is the reorientation of the country’s mining industry based on the principles of social justice, respect for people’s rights and welfare, environmental conservation, defense of national sovereignty and patrimony, national industrialization, and agricultural modernization. 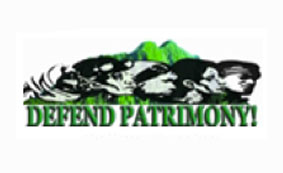 MANILA — Environmentalists now have an alternative to the Mining Act of 1995.

Environmental groups, indigenous peoples and farmers leaders, scientists, church groups, youth, and civil society organizations from the Defend Patrimony alliance are giving their support to a landmark bill seeking to scrap the current law on mining and replace it with a pro-people, pro-environment, and pro-development Philippine mining law.

The alternative bill comes fifteen years after the passage of the Republic Act (RA) 7942 or the Mining Act of 1995 which environmental groups and patriotic organizations denounced as an instrument used to liberalize foreign access and control in every aspect of the domestic mining industry, including exploration, development and utilization.

The liberalization of the  mining industry to more unregulated foreign investments has also spawned more environmental catastrophes.
The Marcopper mining disaster in 1996, one of the country’s worst industrial accidents to date, has left the Boac river biologically dead. The Rapu-Rapu mine accident in 2005 caused one of the country’s worst mining-related fish kills, crossing over from Albay Gulf to Sorsogon Bay. Other phenomenon related to mining operations in local communities, such as land subsidence, acid mine drainage, and landslides, have been documented with increasing frequency over the past years. The damage done to the country’s mountainous, agricultural, and aquatic ecosystems has been immense.

In the meantime, anti-Mining Act groups assert that the losses sustained by the country’s other environmental resources loom in comparison to the promised gains of the industry.

According to reports, as of September 2009, mining investments have only totaled P100.8 billion or US$2.1 billion since 2004 – merely 35 percent of the total mining investments targeted in the Medium Term Philippine Development Plan (MTPDP) for the period of 2004 to 2010.

The industry’s contribution to the Philippine Gross Domestic Product in 2008 is also reportedly negligible at 1.4 percent. As of 2007, the government was able to collect only minimal earnings from the industry: only P2 billion in paid-up investments in mining, total taxes of P26 billion (US$0.55 billion) or only 8 percent of its total target in 2007.

Bayan Muna Rep. Casiño said many of the communities which were opened up to mining remain among the poorest municipalities nationwide.

“Meager, unstable and low-paying jobs in the mining industry have contributed to labor insecurity, a diminished quality of life, and unrest among Filipino workers, their families, and their communities,” he said.

Casiño said the industry failed to meet its promises of creating more jobs, providing only 13,642 jobs, or 5.36 percent of its intended projection of 239,000 indirect and direct employment, in 2008. Most of the few jobs available to local workers are contractual, dangerous, and low-paying in nature.

Supporters of the measure hailed the new proposal, adding that the Mining Act of 1995 should have been scrapped long before.

“Fifteen years of disasters, poverty, and human rights violations under it are enough,” said Frances Quimpo, Executive Director of the Center for Environmental Concerns-Philippines (CEC).

“The bill is all about establishing a mining industry based on the principles of social justice, respect for people’s rights and welfare, environmental conservation, defense of national sovereignty and patrimony, national industrialization, and agricultural modernization,” she said.

Quimpo said what environmental advocates want is a more strategically-oriented and consultative system for planning, implementing, and monitoring Philippine mining projects. According to her, there is the inherent recognition that mining is a fundamental component for attaining national industrialization and that it should support  the country’s agricultural industry.

“Under the current system, however, it’s mostly a mere resource which foreign investors endlessly deplete in their greed for profit,” she said.

It is estimated that the country has around 7.1 billion metric tons (BMT) of metallic mineral reserves (such as gold, copper, and nickel) and 51 BMT of non-metallic deposits. Combined, the total value of these reserves could reach around US$840 billion to US$1 trillion — ten times the country’s gross domestic product and 14 to 17 times larger than its entire external debt.

“If properly regulated and developed, these resources will be a requisite to developing a strong, self-reliant and progressive economy, founded on a healthy balance between agriculture and industrialization and programmed to break the cycle of the country’s underdevelopment,” said Rep. Casiño.

The bill promotes ecologically-sound practices at all stages of mining. In it, mining technologies such as open-pit mining and submarine mine tailing disposal methods that are banned abroad and/or proven inappropriate in countries like the Philippines will be banned.

As for foreign investors in the industry, they will be allowed in exceptional cases to invest based on a National Industrialization Program. The government is being tasked to identify the mineral areas where foreigners can invest subject to rigorous screening and strict regulations. The participation of foreign companies in the critical stages of minerals extraction and processing will be in accordance with a mandatory program or agreement for technology transfer and equity shares that do not exceed 40 percent of the full capital requirements. Local firms and conduits that have a bad track record in the Philippines are banned from investing.

Taking stern recognition of the human-rights situation, the measure devoted a provision to prohibiting the Armed Forces of the Philippines, the Philippine National Police and private security and paramilitary groups from being used to coerce or force the entry and protection of mining operations. According to Kalikasan-PNE, 27 anti-mining activists have been killed since 2001.

Among the main features of the bill are:

* The establishment of a centralized and strategic planning of the Philippine mining industry through the crafting and implementation of a National Industrialization Program and a National Mining Plan.

* The reorientation of the the Mines and Geosciences Bureau as a scientific research institution under the Department of Environment and Natural Resources with exclusive right to conduct exploration activities and identify strategic mineral resources needed for the country’s development.

* The creation of Multi-Sectoral Mineral Councils for designated mining areas, composed of representatives from the government, stakeholder groups, and affected communities, which will approve and monitor the conduct of mining activities in the area.

* The provision of appropriate support and protection to Filipino corporations and professional science and technology workers to increase their participation in the industry.

* The prohibition of the controversial Financial and Technical Assistance Agreements stipulated in RA 7942, whose constitutionality was questioned before the Supreme Court.