Bulatlat.com dominated the online category in the first Red Cross Award for Humanitarian Reporting held on Saturday, winning the first and second prizes for stories that tackle the plight of children caught in conflict. It bested mainstream media outlets for the awards, which was established last year “to promote responsible reporting of conflict situations by highlighting the plight of those affected by it.”

MANILA – Bulatlat.com dominated the online category in the first Red Cross Award for Humanitarian Reporting held on Saturday, May 7, winning the first and second prizes for stories that tackle the plight of children caught in conflict.

The alternative online publication bested mainstream media outlets for the award, which was established last year “to promote responsible reporting of conflict situations by highlighting the plight of those affected by it.” The awarding ceremonies were held on Saturday at the Richmonde Hotel in Ortigas, Pasig City.

Bulatlat.com staff writer Marya Salamat won the first prize for her story “Child rights advocates bewail distortion of child protection principles for counterinsurgency,” published on Nov. 20, 2010. The story tackled the practice by the military of labeling as “child combatants” children caught in armed conflict, often using so-called child-protection instrumentalities such as the Paris Principle to justify the practice.

Quoting the nongovernment Children’s Rehabilitation Center, Salamat wrote that the Philippine military has been “distorting the intent of the international children’s protection principle to suit its counter-insurgency operations and violate human and children’s rights in the process.” 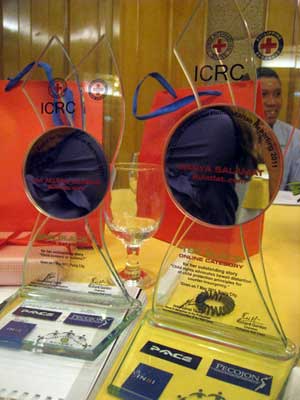 Another Bulatlat.com staff writer, Ina Alleco Silverio, won the second prize in the same category for the story “Child soldiers or victims?” published on Feb. 6, 2011. The story discusses the impact of extrajudicial killings on the children the victims left behind, as well as on children who have been victims themselves.

“Their brutal killing at the hands of the military prove the extent of the AFP’s impunity — not even the most innocent are spared,” Silverio wrote.

Bulatlat.com is one of only two media outlets that won at least two major awards; the other is the Philippine Daily Inquirer. It also tied with the Inquirer in having the most number of finalists – five — in any of the categories.

The third prize in the online category went to Andreo Calonzo of GMANews Online for the story “A year after Ampatuan massacre, local journalists struggle to stay safe” published on Nov. 19, 2010. 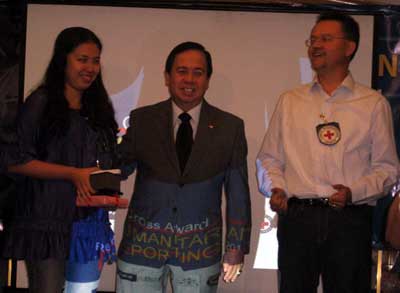 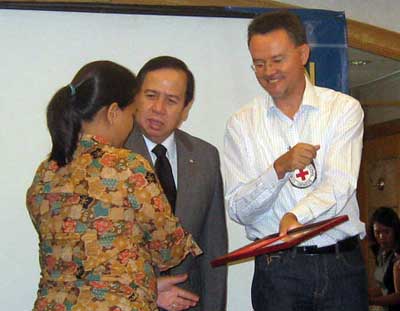 The Red Cross Award for Humanitarian Reporting received some 60 entries from online, print, radio and television news media agencies. The entries were judged according to the quality of the research, sourcing, coherence, style of writing and “conflict-sensitive reporting.”

Below is the list of winners in the other categories.

The winners and finalists were awarded plaques, trophies, gadgets, and accident and death insurance coverages, among others.

Established in 2001, Bulatlat.com is an alternative and progressive online publication whose mission is to report and comment on issues and events from the perspective of the Filipino masses.