Willie Revillame back once again, with bigger if not yet bolder show

MANILA – Controversial TV host Willie Revillame returned big time on primetime TV in a revamped variety and game show with many firsts, promises and thanks to its viewers and supporters. Without delving in detail into the issue that forced their old program off the air for a month, Revillame introduced his new program, sponsors and supporters like a conquering hero last Saturday. At the same time, he juggled between cutting a humble figure of a man who had weathered a storm and come out stronger because of it, and projecting an image of an ordinary folk flattered to have had the privilege of lunching with wealthy people like Jose Mari Chan, for example, as well as receiving many messages of support while he was down and “doubting himself.” In showbiz fashion, he also acted like a contender for his co-host’s affection, even if they had reportedly barely seen each other in the past month while they were off the air.

Instead of getting himself kicked out of TV5 amid charges of child abuse in his program “Willing Willie,” the network has continued paying Willie Revillame, Valenzuela councilor Shalani Soledad and the staff responsible for Revillame’s erstwhile show their salaries, said Shalani Soledad. In return, the joint production of TV5 and Revillame’s Wil Production spent time reworking and improving their game show, said Jay Montelibano, head of TV5 business unit.

A big part of the improvement is a P16-million high-definition fully LED (light-emitting diode) floor of their stage, plus another P18-million for its accompanying software and the LED screens mounted on the center wall and sides of the stage. It was a first in the Philippines and across Asia, said TV5. 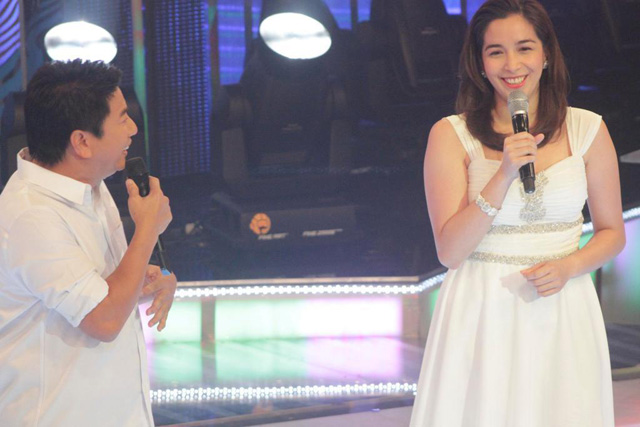 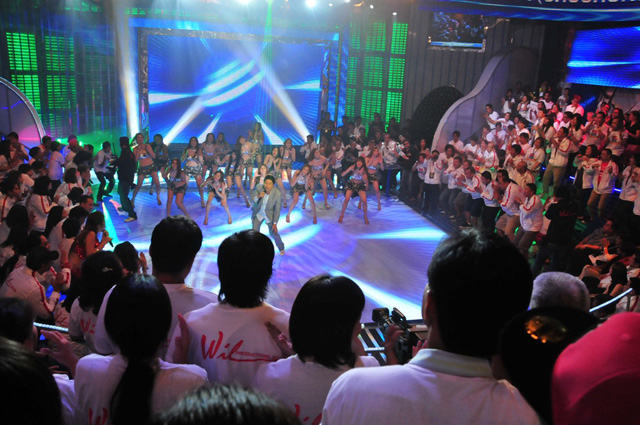 The staff of Wil Productions made ample use of the LED-flooring in the game show and in staging a most dramatic entrance for Willie Revillame, who picked up where he left off in presenting himself as a champion of the masses and the “kapuspalad” even if he himself is not exactly a masa but a wealthy man owning several businesses such as Wil Productions and a residential and theater mall under construction in front of the audience entrance of ABS-CBN in Quezon City.

Revillame’s new daily variety and game show is now called “Wil Time Big Time”, so named because, according to Revillame, “it will treat the masa who watch here as big time.” These masses, he said, include the “granddads and grandmoms, sisters and brothers, the sick in hospitals, the poor and the deprived,” and the people who come to watch in the studio.

“Wil Time Big Time” used to be just a segment in Willing Willie. In fact, it was in this segment where Jan-Jan Suan, 6, had tearfully performed a macho dance last March, stirring up an outcry of child abuse that forced them off the air a month later. But according to Montelibano, the network’s decision to take the segment’s name as the revived show’s new name had not come with “a statement,” but rather just because “it has an international ring to it,” He said they are about to go international.

In their show’s premier, the studio was packed with mostly adults to senior citizens, some of whom came from as far as Nueva Ecija and Laguna, with very few children in tow. Asked why they came to watch and even stand in line under a pouring rain outside the studio, a group of women in their 60s told Bulatlat.com that it is because they enjoy Willie’s show – “it’s full of fun and prizes.” Besides, they said they have been watching Willie since the days he was with other networks. One of these women won a cellphone unit during the show.

Guidelines on Treatment of Children

The other “improvement” in Revillame’s show is his seeming effort to be more cautious. Revillame no longer lashed at critics nor dished out barbed remarks. Instead, he was an image of thankfulness, humility and mostly self-deprecation during his new show’s premier. Despite retaining his penchant for jokes, he steered clear of cracking green jokes, as veteran singer and guest Rico Puno discovered when his bait was refused with Willie saying in Filipino, “Hey, I just got back.” His new show still features skimpily dressed dancers, but during the entire three-hour pilot episode, he neither made a pass nor a joke about the women, although his guests did. 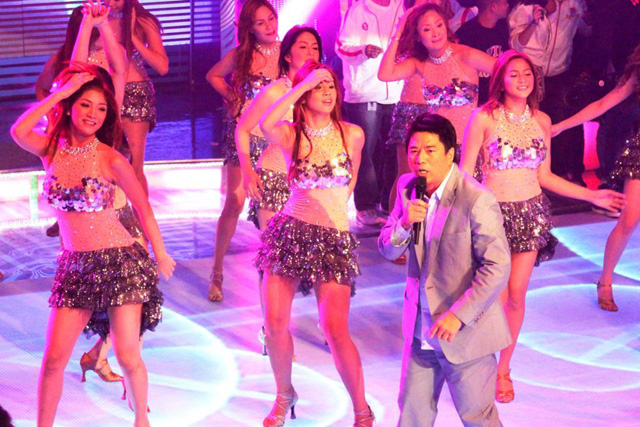 In the aftermath of the Jan-Jan affair and in the face of demands that cases like that will never happen again, TV5 has reportedly released its guidelines on treating children as viewers, subjects, talents or participants. They said they also commit “to comply with other standards that may be formulated by the Movie and Television Review and Classification Board, Kapisanan ng mga Brodkaster ng Pilipinas, the Department of Labor and Employment (on child talents), and other relevant agencies.”

Also, the TV network said they will assign “a child welfare coordinator” to be present at each stage of the production process to oversee all matters relating to the welfare of children. They said they will also conduct “regular seminars and sensitivity training sessions for all talents and employees in production,” and they promised to set up a viewer feedback mechanism.

To human rights lawyer Romeo Capulong who watched the pilot episode in the studio and was one of the persons thanked by Revillame, the show was fun and had improved in quality. Capulong had previously noted that wittingly or unwittingly, the outcry against Revillame was being “used by the Aquino government for purely commercial interests.” He said there was no national interest at stake to involve five government agencies. He argued instead for respecting due process and turning the outcry into an occasion for raising the quality of Philippine TV shows.