“The GBK wishes to emphasize the sacrifices and contributions of the Filipino people and grassroots organizations in protecting our environment.”

MANILA — Usually, it is the “established” or “big people” in society who receive awards and accolades, noted Lisa Ito-Tapang, coordinator of Research, Education & Advocacy program of the non-government organization Center for Environmental Concerns (CEC). In fact, a few scions of tycoons in the Philippines, not to mention some corporations with foundations or CSR (corporate social responsibility) projects for the environment, have garnered such awards and recognition in the past.

But in 2008, the CEC initiated the Gawad Bayani ng Kalikasan (GBK) awards to recognize efforts and initiatives by individuals, groups and communities to protect the environment at the grassroots level. 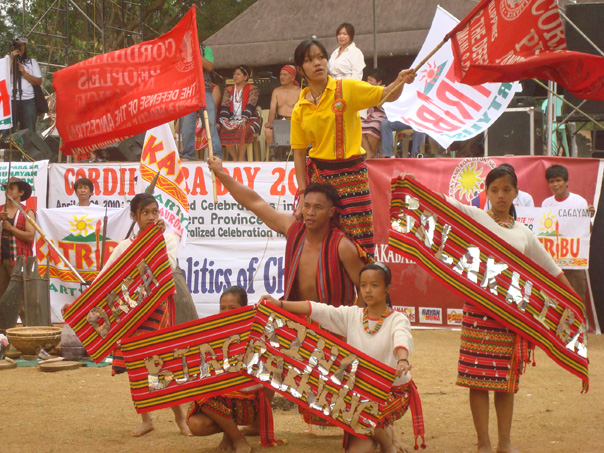 “The GBK intentionally seeks out stories of heroism by the common folk who would otherwise have gone unrecognized–farmers, workers, indigenous peoples, teachers, NGO workers, community leaders, and youth, for example. It also seeks to emphasize the value of collective unity and struggle in protecting the environment and people’s rights by recognizing the contributions of grassroots organizations,” said Ito-Tapang.

Not only that, in recognizing individuals or communities and groups who spearheaded or helped lead significant struggles for the environment, this award also honors, at the same time, the protection of people’s basic rights. According to Tapang, GBK is an initiative to “acknowledge and recognize exemplary individuals and organizations who have become a part of the people’s movement in defending the environment, and thus our lives and our human rights.”

“The GBK wishes to emphasize the sacrifices and contributions of the Filipino people and grassroots organizations in protecting our environment,” Tapang said.

The GBK award is given every two years. This year, the search is on once more for environmental heroes and heroines who would be awarded the Gawad Bayani ng Kalikasan (GBK) 2011.This endeavor is being undertaken through the cooperative efforts of the GBK Awards Committee, the Department of Environment and Natural Resources, Foundation for the Philippine Environment, Agham-Advocates of Science and Technology for the People, Haribon Foundation, Ecowaste Coalition, Panalipdan Mindanao and Central Visayas Fisherfolk Development Center Inc. and the CEC, which serves as the secretariat and lead organization.

Heroes for the environment 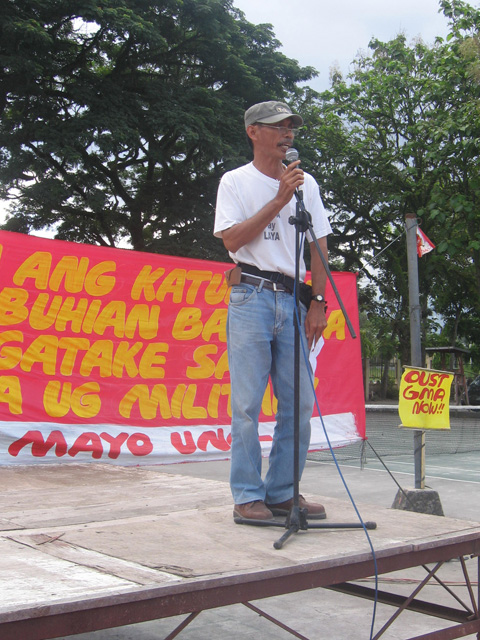 Eliezer “Boy” Billanes, an anti-mining activist was shot in Koronadal City in March 2009. He was awarded posthumously as Most Distinguished Awardee in GBK 2009. (Photo courtesy of Panalipdan Mindanao / bulatlat.com)

In 2009 the environmental groups awarded the GBK posthumously to the late anti-mining activist Eliezer “Boy” Billanes.

Billanes was an environmentalist, a peasant leader and an educator. He is remembered most as an advocate who waged a decade-long struggle with the people of South Cotabato against the entry in the area of one of the largest multinational mining corporations in the world. He was chairperson of the SOCCSKSARGENDS Agenda in Mindanao, a network of grassroots organizations defending the environmental and upholding social justice.

On March 9, 2009, Billanes was shot dead in Koronadal City. Billanes is the 20th anti-mining activist killed under the previous government of Gloria Macapagal Arroyo, according to Kalikasan-People’s Network for the Environment.

“Currently, the Philippines’ natural resources are being plundered and its ecosystems are being degraded at alarming rates. These are being aggravated by poverty and massive dislocation of people from their lands and livelihoods. A lot of our fellow Filipinos have devoted their time, efforts and even their lives to defend the environment and the people’s rights from further exploitation,” Tapang said in introducing the GBK awardees and search for new nominees.

These heroes of the environment who dedicated their lives in defending the environment and the people’s rights also suffer persecution and harassments as a result of their pro-environment position, said Rog Amon, secretariat head of GBK 2011. Indeed, records show that environmental defenders’ human, civil and political rights are also being violated. They tend to become victims of extra-judicial killings, militarization and legal harassments.

One of the more known exemplary person was Macliing Dulag, a Kalinga tribal leader during the Martial Law period. He was killed on April 24, 1980 for leading the opposition to the Chico dam project. His death anniversary is now commemorated as Cordillera Day. “Also notable are the struggles against rampant logging in Mindanao and the building of Kaliwa-Kanan Dam in Rizal, and the more recent killings of top botanist Leonard Co and environmental crusader Dr. Gerry Ortega,” Amon said.

Aside from Billanes, recipients of GBK 2009 include Datu Guibang Apoga, the tribal chieftain of the Salugpongan Ta Tanu Igkanugon, an organization of the Ata Manobo indigenous peoples in Talaingod, Davao. 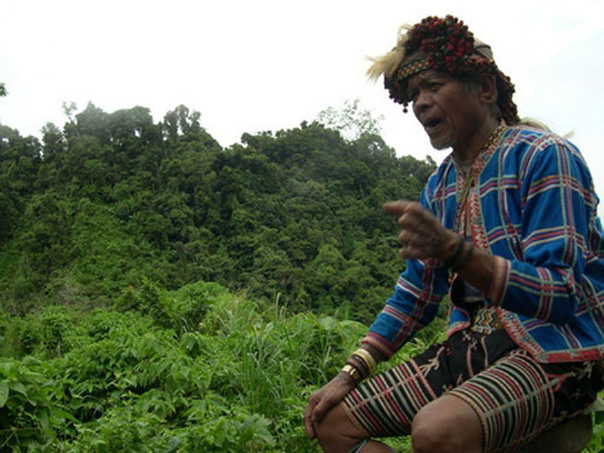 Datu Apoga led the forging of unity among 83 Ata Manobo villages to defend their ancestral lands against large-scale logging operations since the 1980s, said the CEC. These villagers’ actions eventually gave birth to other advocacy groups and programs in solidarity with the struggles of the lumads. Datu Apoga was later forced to flee his village and become a fugitive due to threats to his life. Datu Apoga maintains that defending ancestral lands against aggressors and plunder is not a crime.

Professor Margarita dela Torre-dela Cruz, founder of a non-government organization called the Guiuan Development Foundation, Inc. which deals with coastal environment, resources, and communities, also received a GBK award. Dela Cruz is an educator, researcher and development worker who has led many livelihood and coastal resource management projects in the southeastern part of Eastern Samar by combining advocacy and education.

Emmanuel Maria Calonzo is another GBK awardee in 2009. Calonzo is a campaigner and international advocate. He is one of the international coordinators of the Global Alliance for Incinerator Alternatives and co-coordinators of the Southeast Asia Hub of International POPs (Persistent Organic Pollutants) Elimination Network.He was instrumental in pushing for the closure of the Cabuyao dumpsite in Laguna, which threatened the health of urban poor communities relocated from various areas of Metro Manila.

The Gawad Bayani ng Kalikasan (GBK) 2011 is open to all Filipino individuals, organizations and institutions who have demonstrated “extraordinary ability and effort to uphold the environment and people’s welfare, whether in the form of advocacy, campaigns, education, research, technology development, community services, mass media or cultural work.”

There are seven GBK awards to be given: three awards for individuals and organizations and one Most Distinguished Award. The awardees will be chosen by an independent board of judges. Acceptance of nominations for the GBK is open until midnight of July 15, 2011. For guidelines, awards requirements and nominations forms are available for download at www.cecphils.org.