You Are Here: Home → 2011 → July → 8 → DOJ starts probe of criminal complaints filed against soldiers linked to abduction of UP students

MANILA – Tension filled the room as the Department of Justice (DOJ) started its preliminary investigation on the complaints filed in by the relatives of two missing University of the Philippines (UP) students and a farmer against officials of the Armed Forces of the Philippines. 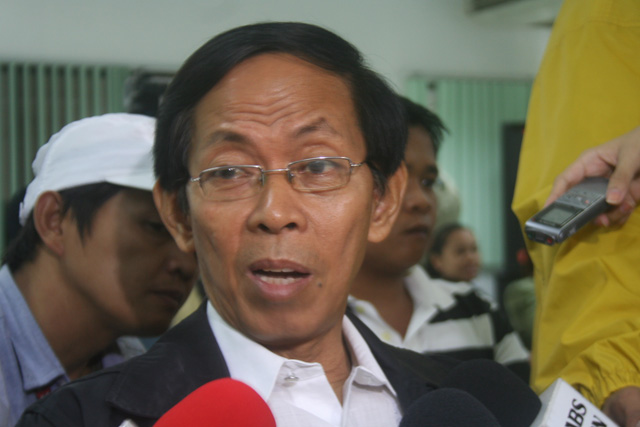 Retired Army general Jovito Palparan Jr., former commander of the 24th Infantry Battalion of the Philippine Army, was seated opposite the mothers of missing UP students Sherlyn Cadapan and Karen Empeño. Beside him was his lawyer Narzalle Mallares. Meanwhile, behind Erlinda Cadapan and Concepcion Empeño are witnesses to the abduction of the three, who have been missing since June 26, 2006. Raymond Manalo, Oscar Leuterio and Wilfredo Ramos occasionally looked at the former general.

In May, the mothers filed the criminal complaint against Palparan and other retired and active military officials for arbitrary detention, maltreatment of prisoners, grave threats, and grave coercion, rape, and serious physical injuries.

Again, Palparan denied any involvement in the abduction but his own words betrayed him.

Speaking to reporters before the start of the hearing, Palparan said: “I am strongly denying that. What will you admit if there is nothing [to admit]? This has caused me inconvenience. This is what happens when you are serving, you face obstacles. The government has enemies. I am serving the government. I will face those enemies.”

Asked about the Task Force Malolos, which, according to the documents submitted to the Court of Appeals and the Supreme Court, was tasked “to neutralize the intelligence network of communists and other armed groups,” Palparan said: “We really created a task force to manage the operations in the area because at that time, our units were overextended. It is for tactical operations, running after the NPA [New People’s Army]. That area was heavily infested [by the NPA guerrillas]…”

Asked further if the military considered the two UP students as NPA guerrillas, Palparan said: “Based on our investigation, people say that they are NPA. They were NPA.” The former general said the students only used aliases or what he called NPA codes.

Palaran, however, did not submit his counter-affidavit as required by the DOJ panel, saying he only learned of the subpoena last Wednesday.

In reaction, Mrs. Empeño said: “That is a big lie. Even if it was true, why did they have to abduct [my daughter]? Why did they punish her? Why did they not go through due process? If Karen and her companions did anything wrong, they should have been brought to court instead of abducting them and refusing to surface them until now. That is not a humane thing to do.”

For Mrs. Cadapan, the issue is not whether the two students are NPA or not. “If the military suspects them to be rebels, then the military surface them and bring them to proper courts. As a mother, I assert the right of my daughter to be heard in court. The military has to surface them.”

“He [Palparan] continues to be a liar. I cannot do anything about that. But the courts and the evidence prove that he is the one accountable in the abduction of our daughters,” Mrs. Cadapan said further. 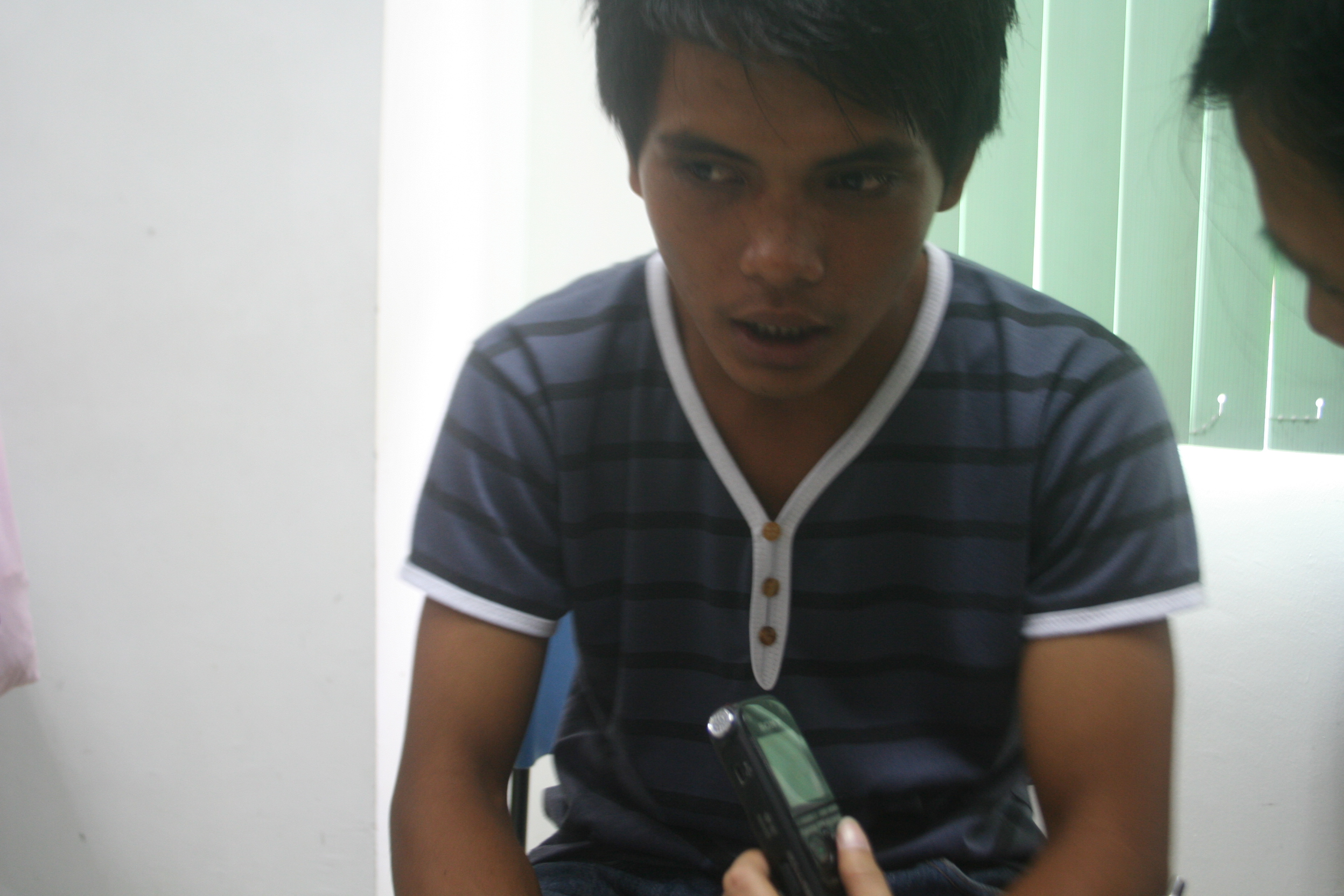 The hearing of the DOJ panel, led by Assistant State Prosecutor Juan Pedro Navera, is essentially a preliminary investigation that seeks to determine if there is probable cause that warrants the filing of the appropriate criminal charges before the proper court.

The DOJ panel ordered Palparan and the other respondents to submit their counter-affidavits during the next hearing on July 19.

Leuterio, one of the witnesses, said that he was not able to see Palparan but he would not forget his voice. “I was blindfolded when he talked to me. But I know his voice. I recognize it when he spoke a few minutes ago,” Leuterio told Bulatlat.

Leuterio said he was detained for almost five months and was released in September 2006 after agreeing to his captors’ offer that he serves as an asset for the military. He told Bulatlat that he saw Cadapan and Empeño while he was detained at Fort Magsaysay.

Despite the threats, Leuterio said he came to testify to “right the wrong.” “If we allow the military to continue doing what they do, there would be more victims.”

Another witness, Ramos, was only 14 years old when the incident happened. He recounted that fateful morning when six heavily armed men in camouflage uniforms barged into their house and took the two students and Merino.

“The men were taking off Ate Karen’s shirt. Another soldier punched Ate Sherlyn’s stomach. Other soldiers hit Kuya Manuel with their rifles,” he recalled. “The men were insisting that the three were NPA.

Ramos said the two students were not NPA rebels because he knew them. “They were kind to me. I considered them as my elder sisters,” he said. “This is for them. For all the good times we shared.”

Meanwhile, Prof. Gill Boehringer, an Australian law professor who is in Manila as a guest speaker for one of the commissions of the International League of Peoples’ Struggle (ILPS) Fourth International Assembly said of the case: “It is a well-documented case and accepted by the Court of Appeals and the Supreme Court showing that the military was involved in arbitrary arrests and disappearances. It was possible that there was torture and even sexual assault involved,” Boehringer said.

Boehringer said the case of Karen Empeño and Sherlyn Cadapan is “a perfect example of how the law gives you something and takes it away with the other hand.”

Boehringer added that while he is impressed by the range of possibilities in this country for the defense of human rights in the formal legal sense, citing the various government agencies concerned with the protection of human rights and administration of justice, he said that “in many instances, they remain only possibilities.”

“Five years is too long. We have suffered so much. We have no peace since then,” Mrs. Empeno said.