“Hacienda Luisita belongs to Luisita land tillers. President Aquino and his family have no legal, moral and political bases to keep the sugar estate.” – International League of Peoples’ Struggle

MANILA – Hundreds of activists from 42 countries called on President Benigno S. Aquino III to give up Hacienda Luisita and distribute the land for free.

In a resolution, delegates of the Fourth International Assembly of the International League of Peoples’ Struggle (ILPS) said: “Hacienda Luisita belongs to Luisita land tillers. President Aquino and his family have no legal, moral and political bases to keep the sugar estate. We, the social activists of the world demand for the Aquino and the Cojuangco syndicate to give up Luisita in favor of the farm workers.”

Speaking in a press conference, Prof. Gill Boehringer, a law professor from Australia, called the injustice to the farm workers as “basically theft” and compared the Philippines to Cuba. 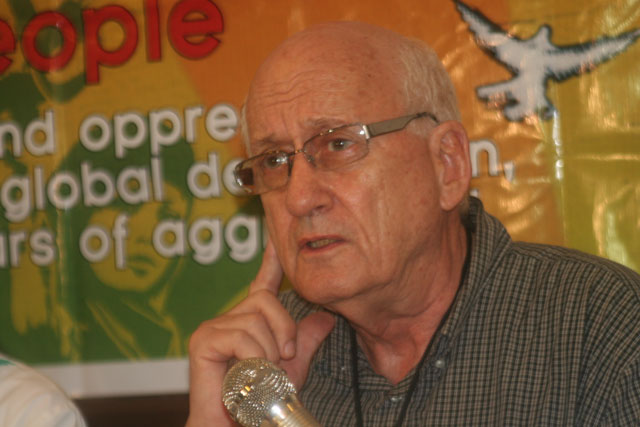 “Fidel Castro’s mother did not speak to him for a very long time because when he became president, the first property to be nationalized was the Castro plantation. What happens here? It’s exempted. That’s supposed to be comprehensive agrarian reform program. CARP [Comprehensive Agrarian Reform Program] is crap. It’s a terrible situation to have the president [Cory Aquino], and then the president’s son [Noynoy] who also became the president, supporting that kind of fraud on the people, it’s basically theft,” Boehringer said.

Under CARP, non-land transfer schemes such as stock distribution option (SDO) are allowed.

In the resolution, the delegates criticized the Supreme Court’s decision on the Hacienda Luisita case, calling it “the biggest joke of the millennium as far as agrarian reform in the Philippines is concerned.”
The high court ruling ordered the Department of Agrarian Reform (DAR) to conduct a referendum to ask farmers if they wanted land or shares. In August last year, the Cojuangco-Aquino conducted a referendum in which the farm workers purportedly chose stocks over land.

In the same press conference, Dr. Carol Araullo, ILPS vice chair and chairperson of Bagong Alyansang Makabayan, said that the Cojuangco management maneuvered, utilized repression and offered all sorts of enticements to make sure that the impoverished peasants would opt for stocks and not the land.

“The decision shows political conspiracy and that the politics of compromise and accommodation are clearly working in the Philippine system, and such is imprinted in the decision in a vain attempt to save the class interests of the landed regime in the Philippines,” the resolution unanimously approved by the ILPS delegates, read. The ILPS delegates added that the court ruling would allow the Cojuangco-Aquino family to keep control of the hacienda.

Malcolm Guy, ILPS secretary general, said he was in the Philippines as a film maker around the time when the first People Power happened. 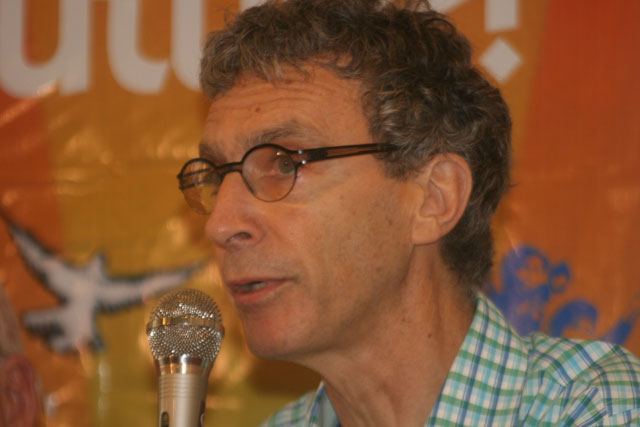 “I was filled with hope for the Filipino people, that after years of dictatorship, things were going to change for the vast majority of the Filipino people. Not long after, Corazon Aquino, the mother of the current president, came to power. I had the opportunity to visit and spend time in Hacienda Luisita. We are talking about 1987, not long before the Mendiola massacre took place, which I witnessed as well. I visited the Hacienda Luisita and I must say that I have never seen such disgusting conditions for farm workers as I saw in that particular hacienda, mostly migrated farm workers from the island of Negros… I said if this is democracy, I really don’t like what I see,” Guy said at the press conference.

“And here we are, how many years later and it’s the son who is now in power, justice has not been given to the farmers of Hacienda Luisita. How much time is he going to take?” he asked, referring to Aquino.

“If the Cojuangco clan thinks that they have won with the SC decision, then I say it is an empty victory because the resistance of the peasants will continue. It will just inflame the unrest in the hacienda until justice is served,” Araullo said.

KMP called on its 15 regional and 65 provincial chapters nationwide to “hold sympathy protests in support of Hacienda Luisita farmer and farm workers to send the strongest political condemnation to the Supreme Court-ordered referendum.”