Patikul: Where children’s dreams are taken away from them

MANILA — For most Filipinos, education is deemed as the key to a better life and a better future. But in Patikul, Sulu, a town south of the Philippines, the children trek a dangerous road just to get an education.

This pushed multi-awarded director Joel Lamangan to film their struggles, most especially how the long-standing armed conflict between the military and Abu Sayaff has affected children and their dreams of finishing their studies. Patikul (2011) is Lamangan’s entry to the Cinemalaya Film Festival’s Director’s showcase. The story revolves around three children Fahad, Aleli and Kahled , and their respective families.

Everyday is a struggle for the three children as they go to school. They wake up at dawn and walk for hours to get to school. The seemingly peaceful forest and rivers belie what the people in Patikul is going through. As Fahad puts it, living in far-flung villages does not necessarily mean that they live in a peaceful environment. As seen in the film, the children would have to run for their lives on their way to school as gunshots echo among the trees. 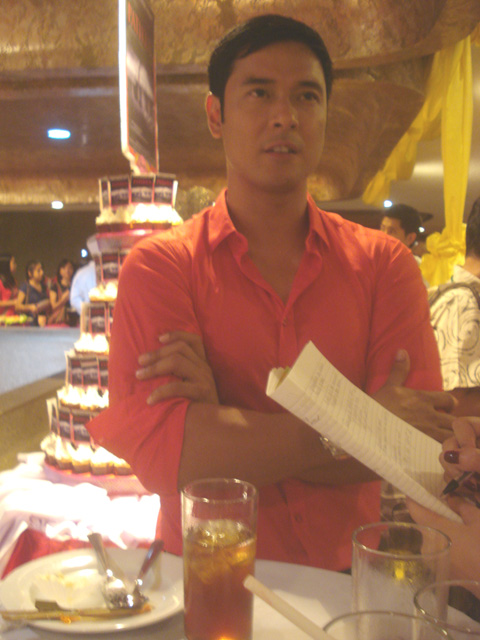 Amman( played by Allen Dizon) who leads a group of fighting farmers/parents to keep their children in school. (Photo by Cyril Anne Dayao / Bulatlat.com)

In the film, the darkness that each evening brings equate to danger. Amman, Fahad’s father played by Allen Dizon, preferred that Michael Balmes, the principal of Kan-Ague Elementary School, which was played by Marvin Agustin, to stay in their house for the evening than to risk his life trekking his way through the forest alone.

There were also fear in the eyes of the teachers when the jeepney they rented to attend a wake broke down just when they were about to leave. They returned home very late and members of the Abu Sayyaf apprehended the teachers, including Aleli and Fahad. At this point, Balmes was kidnapped, two million pesos was asked in exchange for his freedom and weeks later, he was beheaded.

Children are not the only ones who are affected. Teachers too have to sacrifice and risk a lot to make education accessible to the children of Patikul. While there were some who have chosen to be transferred to other schools, which they deem would be more safe, there were also those who stayed.

The teachers bore witness to the plight of the children and how education is among the least in the government’s priorities. When Balmes was tutoring Aleli and Fahad for a quiz bee they were going to join, some of the facts that were stated in their books were already outdated. Their books, as Fahad said in the film, are as old as his father Amman.

Fahad and Aleli did not win the quiz bee, though they managed to bag third place. The prize they got, which was a product of hard work and persistence on the part of Balmes, was the delivery of the new books Balmes requested from the Department of Education. There were, however, only a handful.

When Balmes was beheaded by his captors, teachers were disheartened from reporting to Kan-Ague Elementary School. The DepEd soon cancelled the classes, which parents of the students thought would doom their dreams for their children. How it was resolved is something one needs to find out for her or himself.

Scenes to cry for

There were so many tearjerker scenes in the film. Every frame of the film could easily make one’s eyes well up. One of the most striking scenes, however, was when the school was finally abandoned. Amman went to the school, empty and bare. 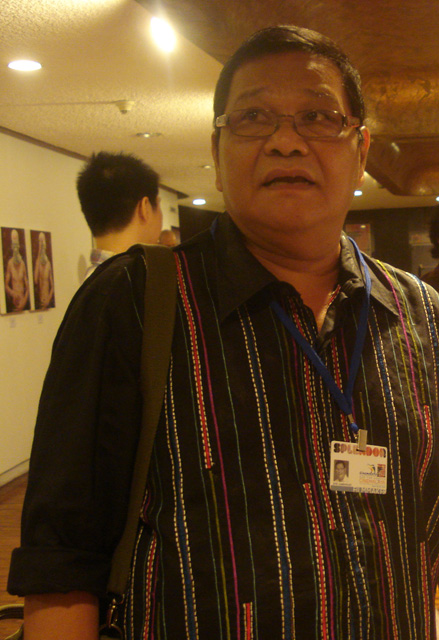 Even Dizon, who played the character, said he cried while filming the scene. But Director Lamangan had to shout “cut,” saying that tears were not that necessary at that point because the scene was already too heavy. “But I could not help it,” actor Allen Dizon told Bulatlat.com, describing how he was genuinely moved by the scene, “Not everyone is fortunate enough to give their children good education. It is also the only inheritance that any parent could pass on to their children.”

Another scene was when Kahled’s father came rushing to the school, armed and bearing a letter with him. His son ran away with another armed group after he was told that he would be quitting school and work in the coffee farm instead. He knew that something was wrong with his son but because he was illiterate, he could not read the letter he found in their doorstep.

The scene was heartbreaking, especially while watching the reactions in Kahled’s father’s face as the content of the letter slowly sunk in.

The film Patikul concentrated in portraying the effects of militarization and the armed clashes between the AFP and the Abu Sayyaf on the children. But it also successfully incorporated other social issues confronted not just by the residents of Patikul but the entire country as well.

For one, Ciara Sotto, who played the part of Aleli’s mother, lamented about not knowing what happened to her husband who is an overseas Filipino worker. She said the Philippine government has not contacted her yet to update their family on his condition, a common complaint of families of OFWs, especially those who are in distress.

Kahled’s mother, on the other hand, barely had access to maternal health care. She was brought to the hospital due to complications while giving birth, a reference to the absence of a comprehensive reproductive health bill.

Widespread poverty, mostly caused by the landlessness of the farmers and the very poor access to education, is seen all throughout the film. Clearly, Patikul is not just a film that discusses education and armed conflict. Patikul shows that the problems confronting the country’s state of education could not be separated from the rest of the problems confronting Philippine society.