“The government should have given us permanent jobs instead of this (conditional cash transfer). Money is not permanent, we lose it in a day, unlike when we have a permanent job, we would somehow have permanent resources to spend for our needs,” – Angie Lorenzo, beneficiary

The CCT or 4Ps is President Benigno Aquino III’s central social development program. The program was piloted in 2008 under the administration of former president and now Pampanga Rep. Gloria Macapagal-Arroyo. According to news reports, the program went from granting cash transfers to some one million families by end-2009 to more than two million as of June 2011. Aquino boasted during his speech on the occasion of his first year in office last June 30 that an additional one million families would benefit from the cash hand-outs.

Contrary to the government’s declaration that the cash grants are given monthly, Lorenzo said she was only able to receive money from the bank last August 2 amounting to P1,300 ($30.95), two months after she got the previous grant last May amounting to only P700 ($16). 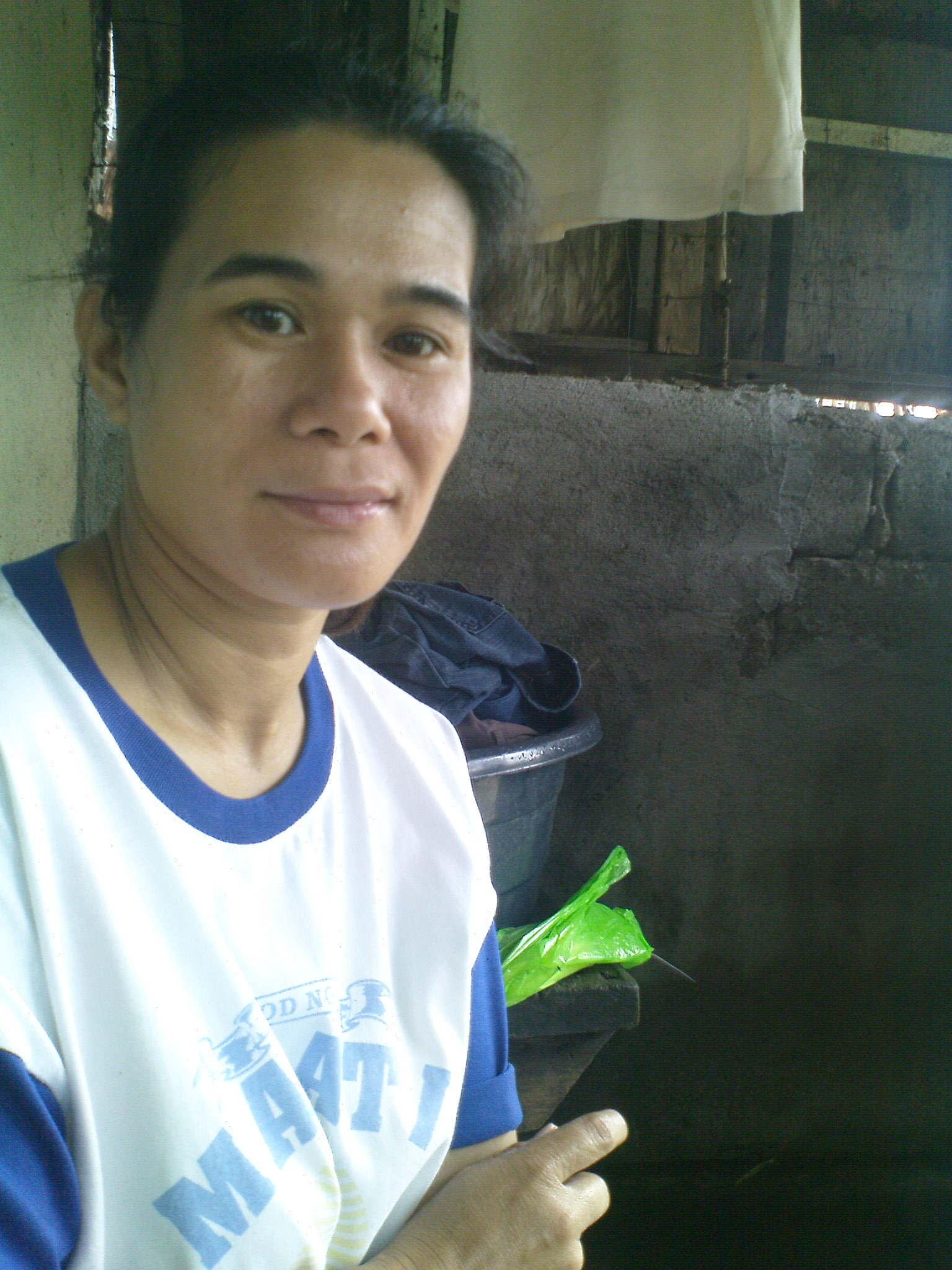 Angie Lorenzo a beneficiary of CCT still prefer to have permanent job instead of cash grants which will only last for five years. (Photo by Anne Marxze D. Umil / bulatlat.com)

Lorenzo has one child. Her husband is a construction worker with no regular job. The family lives in Purok 2, Cupang, Muntinlupa. “The government should have given us permanent jobs instead of this (CCT), money is not permanent we lose it in a day, unlike when we have a permanent job, we somehow have permanent resources to spend for our needs,” Lorenzo said.

The case of Lorenzo illustrates the inconsistencies in the CCT program. A recent study of the Center for Women’s Resources (CWR) showed that the cash grants are delayed, there are instances of unexplained lump sum payments and deductions.

The CWR interviewed 100 women beneficiaries from 18 villages in the cities of Manila, Pasig, Muntinlupa and Malabon; and from the municipalities in Sorsogon, Camarines Norte, Nueva Vizcaya, Negros and Mindoro. Fifty-nine percent of the respondents are unemployed and do not have any source of income, 15 percent are vendors (have a small business like variety stores, and vending various items such as cigarettes, salts and others), 12 percent are scavengers, manicurists, rug makers, among others, six percent are laundrywomen or household helpers, three percent are peasants, and two percent are factory workers or laborers.

According to the study, delayed cash releases make it more difficult for beneficiaries to keep track of how much they are expected to receive.

Thirty-eight percent of respondents from Bicol, Negros, Muntinlupa and Malabon areas reported that they have received lump sum cash grants amounting from 6,000 to 15,000 ($142 to $357) mostly in December 2010, the study said.

Like Lorenzo, other respondents were told that the lump sum payment they received was their cash grant for one whole year.

“This is a surprise to many since most of them have been part of the program only in August, September and December 2010,” the study revealed. “Thinking that it was their cash grant for 2011, many of them were surprised when they received another cash grant in January and February 2011. But some were dismayed after receiving less or worse, none at all.”

However, some respondents who religiously complied with the conditions of the program still received less cash. “Asked whether they ever have asked about the discrepancies in the distribution of cash grants, the respondents have admitted that their questions remain unanswered by the local program personnel,” the study said.