Not enough doctors, and nurses, in

This was the result of the government’s Pantawid Pamilyang Pilipino Program (4Ps), which aims to help the poorest families improve the health, nutrition, and education of children aged 0-14 years by giving them cash grants to be spent on these services. Because of the condition attached to the cash grants, the “utilization of services” increased, and thus gave rise to “supply-related problems”—among them, the lack of enough health professionals to attend to the patients.

The Philippine Institute for Development Studies (PIDS) and the United Nations’ Children’s Fund (UNICEF) made this observation when they assessed in 2009 the health service delivery performance of Agusan del Sur and Dumaguete City.

“While there was a lot of focus on improving the household demand for health and nutrition services, the important supply side interventions that would enable the successful implementation of this viable program were not yet attended to,” it was noted in the report. 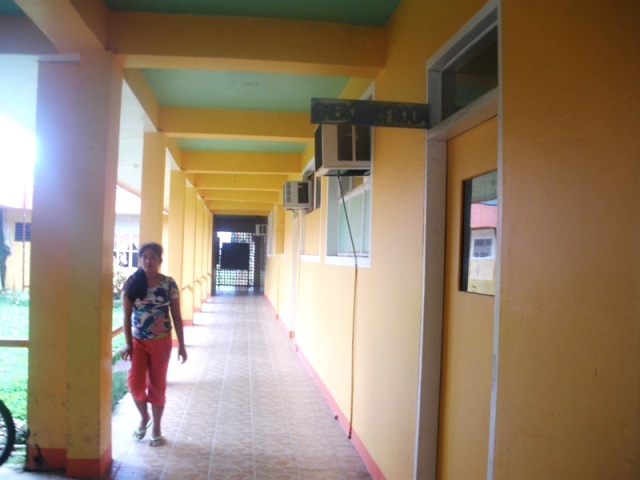 Hospitals in the province upgrading through PPPs. (Photo by Marya Salamat / bulatlat.com)

In interviews in the pilot areas of the 4Ps, PIDS found that “due to restrictions, such as the Department of Budget and Management (DBM) limitations on the personal services expenditure, not all facilities are able to have the recommended number of health professionals, as well as the recommended level of health care services, thereby failing their constituents on health care service provision.”
The government, it appears, is not heeding the recommendation. The Health Alliance for Democracy (HEAD), for instance, has noted that the government even slashed the budget for most public health facilities in 2010 and 2011.

In a municipal health center, for example, there should be a municipal health officer, and at least a doctor, a nurse, a dentist, a medical technician, and one or two midwives. In LGUs where the number of health personnel or their work hours has been reduced, the midwives are ones retained fulltime.

While anecdotes indicate that the lack of complete health personnel is widespread among LGUs, there are no hard data on this. The PIDS is, in fact, recommending that provincial level surveys be conducted.

(This article was produced under the Maggie de Pano Fund for Investigative Reporting on Health. The Fund, which is managed by Newsbreak, is funded through a grant from Macare Medicals Inc.)