MANILA – Migrante International and its chapter in the Middle East said there are at least 400 jailed overseas Filipino workers who can may avail Saudi royal pardon grant during Ramadan.

During the month of Ramadan, the Saudi King and Custodian of the Two Holy Mosques His Highness King Abdullah, as part of tradition, grants clemency to all petty crime offenders and, in some instances, orders the expatriation of inmates who have been meted out the death sentence by beheading.

Migrante-Middle East regional coordinator John Leonard Monterona said he had spoken recently to Philippine ambassador-designate Ezzadin Tago over the phone and the official told him that the lists of OFW inmates in various Saudi jails had already been submitted to the Saudi pardon committee.

The said body has jurisdiction over the granting of the royal pardon. According to reports,the Saudi government has created 15 provincial pardon committees tasked to review the cases of inmates who have committed petty crimes without private rights liabilities.

The royal pardon grant only covers petty crimes or offenses such as illicit affairs, involvement in “mixed” crowds, gambling, harboring criminals and absconders, and illegal possession and selling of liquor, among others, which do not constitute private rights aspect of the offense committed.

Monterona said jail authorities in Jeddah, Asir, Jazzan, Yanbu, and Qassim are reported to have facilitated the release of inmates — locals and expatriate workers included– numbering around 500. He said that on the average, five to seven OFWs end up in jail for various offenses on an almost regular basis.

“The high rate of OFWs sent to jail underscores the need to educate our fellow OFWs on the ‘dos’ and ‘don’ts’ or prohibitions by the host government,” he said.

Monterona said that when he asked the Philippine embassy on how many OFW inmates it included in the list submitted for royal pardon, the embassy official refused to answer, citing issues of confidentiality. In any case, Monterona expressed hope that the embassy included all the names of the OFWs in jail for petty offenses including the more serious ones.

He clarified, however, that Philippine embassy is not authorized to decide which of the jailed OFWs will be given pardon or denied it.

“This matter is at the hands of the members of the pardon committee upon review of OFWs cases,” he added.

In response to the pleas for assistance of OFWs, Gabriela party-list representatives Luzviminda Ilagan and Emmi de Jesus have earlier filed House Resolution 1428 which calls for an official inquiry into the situation of jailed OFWs who have been pardoned but have not bee released.

“While the Philippine government provides all possible assistance to those who are still serving their sentences in various jails abroad, we must also help those who have served their sentence and who have been pardoned in their host countries and are now eligible to get out of prison,” Ilagan said.

The lawmaker said that based on reports from Migrante International, a total of 330 OFWs who have served their sentences or have been pardoned remain in jails in Saudi Arabia, Africa, United Arab Emirates, Syria, Malaysia, Kuwait, Iran, Hong Kong and Thailand.

Philippine Embassy urged to plead for OFW on deathrow 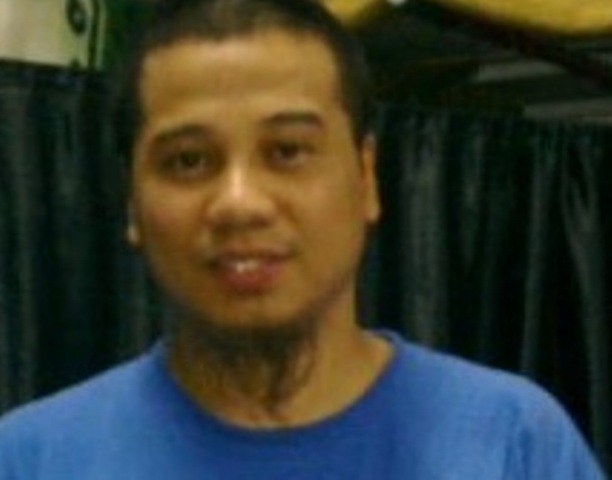 In a related issue, an OFW on death row Rogelio “Dondon” Lanuza has issued a personal appeal to the Saudi clemency committee on the matter of “blood money.”

In 2000, the then 27-year old Lanuza was convicted of killing a Saudi national.

According to reports, Lanuza — a reverted Muslim with Islamic name Eesa — confessed in court that he stabbed Mohammad ibnu Saad ibnu Abdullah Al-Qahtani in self defense after the latter attacked him with attempts to sexually abuse him.

Lanuza was reportedly introduced to the victim a few hours prior to the stabbing. In the meantime, it was revealed in consequent investigations that the weapon that killed the victim belonged to the victim himself.

Lanuza has been incarcerated in Dammam Central jail, Dammam, in the eastern part of Saudi Arabia. Previously, Lanuza was an architectural draftsman at Ali Hussain Alyami and Sub-Contractor for Aramco Saudi Arabia, a job he held since he was only 22 years old. He had also been promoted to site inspector and then again to quantity surveyor for construction projects.

In 2003, the family of the aggrieved party issued an “affidavit of desistance,” which meant that they would grant Lanuza forgiveness in exchange for an undisclosed amount of diyya or “blood money.” The arrangement fell through for some undisclosed reason.

Lanuza has two children, one in high school and the other attending elementary school.

According to reports, Lanuza has accepted that the Philippine government will not raise the required “blood money” in exchange for the forgiveness of the family of the Saudi national he unintentionally’ killed in 2000. He was sentenced to death by execution, and is now making a second appeal to a Saudi quasi-government body providing assistance to expatriate inmates.

In his multi-media message (MMS) sent on August 8 to Monterona, Lanuza said he had already sent his second letter to the Saudi Reconciliation Committee (SRC) appealing for assistance specifically in raising the amount for the blood money.

Monterona said he received Lanuza’s letter which is written in Arabic via MMS on the evening of August 8. He had the letter translated, and in it Lanuza appealed to to the Ministry of Interior care of the SRC official Shiek Ali Bin Ali Al-Dossary “to make peace with the father of the aggrieved family and find ways to raise the three million Saudi riyals that the family asked in exchange for Lanuza’s pardon.

Monterona also said Lanuza confirmed that on that same day, the SRC official visited him in jail to inform him that members of the SRC is set to have a conference. “His case is one of the issues to be discussed. Lanuza is most worried because his family obviously cannot raise the amount on their own.”

The Migrante coordinator said they had no knowledge if the Philippine embassy was exerting efforts to help Lanuza, but said the institution should be “proactive in working with the SRC.”

“The embassy could represent Lanuza to the SRC and convey his appeal to the aggrieved family. The SRC is providing a venue wherein Philippine authorities could negotiate for a reduction on the amount of blood money being asked by the aggrieved party,” he said.

Monterona also suggested that Malacañang’ s newly-formed Technical Working Group (TWG) should instruct the embassy to negotiate the amount and ask the assistance of the SRC. Among the group’s declared tasks is to find ways to raise blood money for OFWs on death row.

Finally, Monterona said Migrante Middle-East is closely monitoring other 16 OFWs on death row in the Middle East, eight of them are from Saudi Arabia.