News in Pictures: Suffer the little children to go to this school 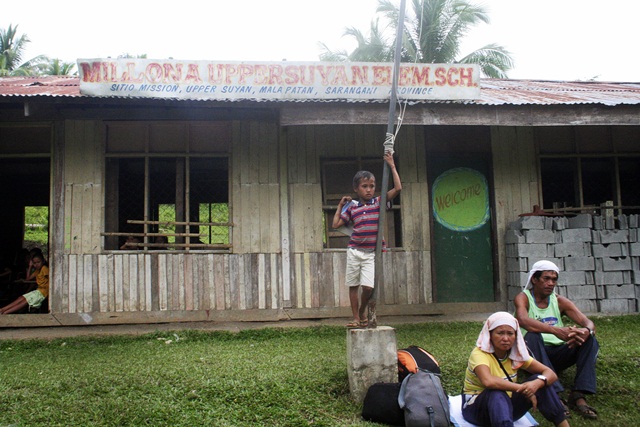 UPPER SUYAN, Sarangani — The village proper of Upper Suyan is the most far-flung community in Sarangani, a province south of the Philippines, but it could still be reached by big trucks, which the locals commonly refer to as “weapon.” Despite the relative accessibility of the heart of the municipality of Malapatan, social services especially education are hardly reaching them. 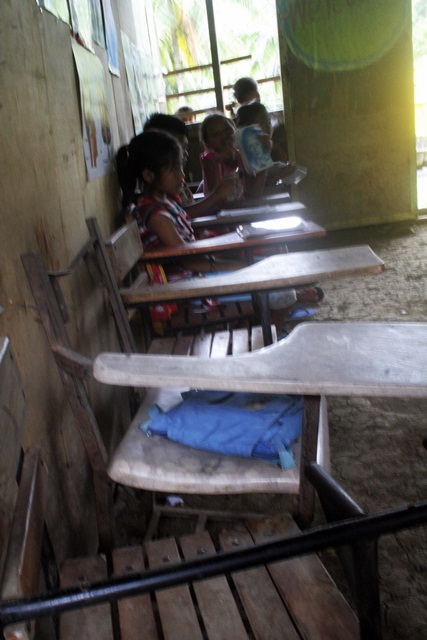 Romel Balbino, a graduate of Millona Elementary School and currently one of the teachers there, complained that most of the books their students are using now are the very same books he had used when he was still in school. “Though there are new books from the Department of Education, compared to the number of students, these are not enough,” he said. Their Grade 3 students, for example, have to allot one book for every four children. 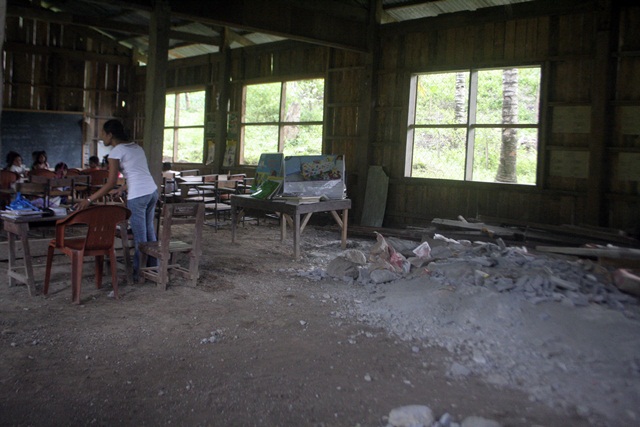 Their school buildings have been renovated just once in 2009. But two years later, the renovation is still unfinished. The electricity supply for the school operations is also going through “so much processes” that until now, they are still tapping electricity from a household who gave its consent. 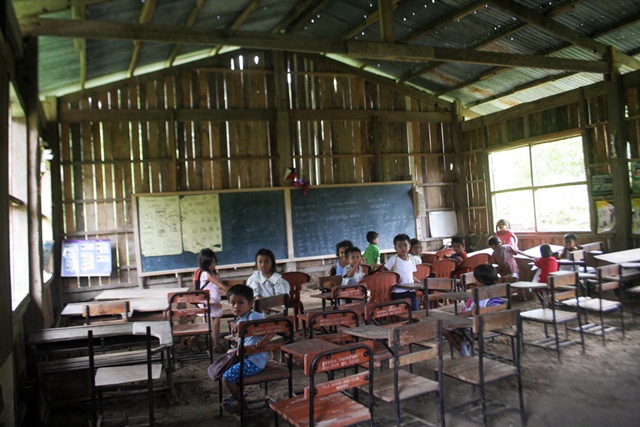 Another problem facing their formal elementary school is lack of teachers deployed in the area. There are times, Balbino said, when they have to handle at least 75 students in a class. The highest number of students in a class for only one teacher had been 112. 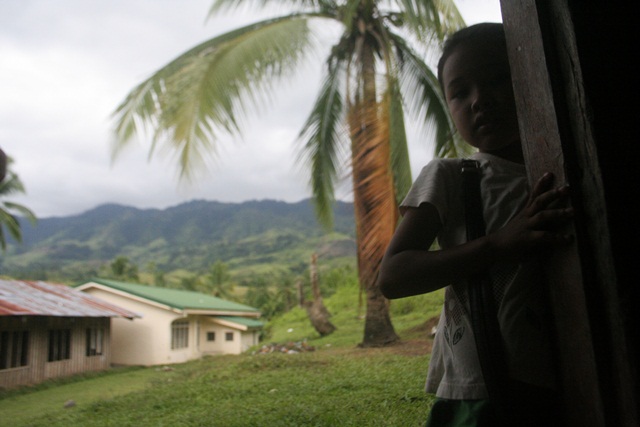 “This is fairly possible to handle because we have strategies such as activities to catch their attention. But answering to their personal needs is something that we teachers could hardly give to all our students,” Balbino said. 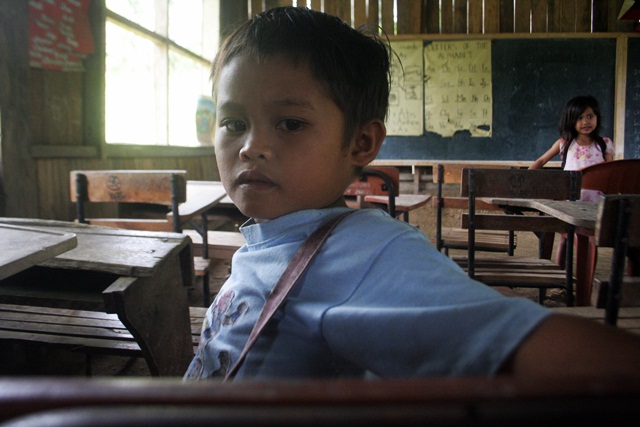 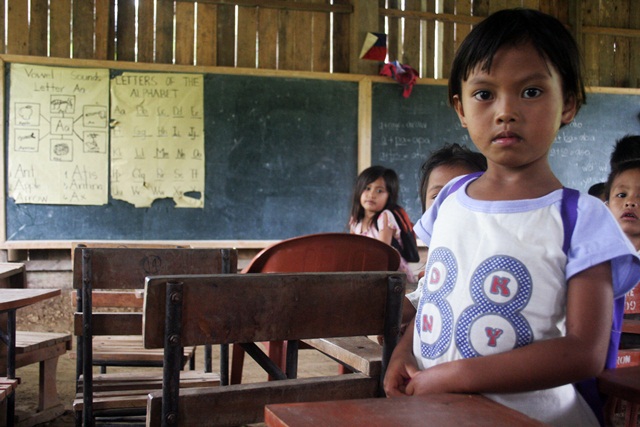 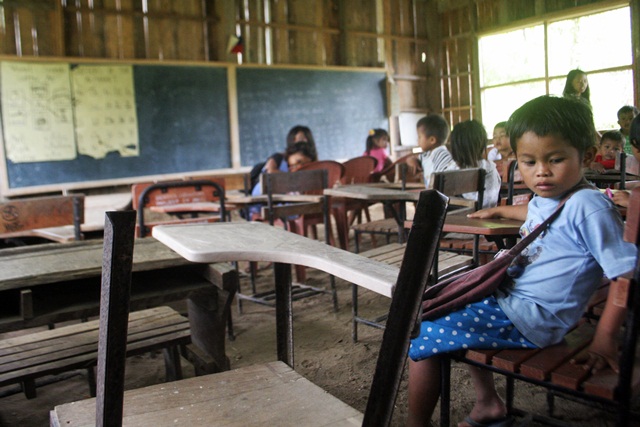 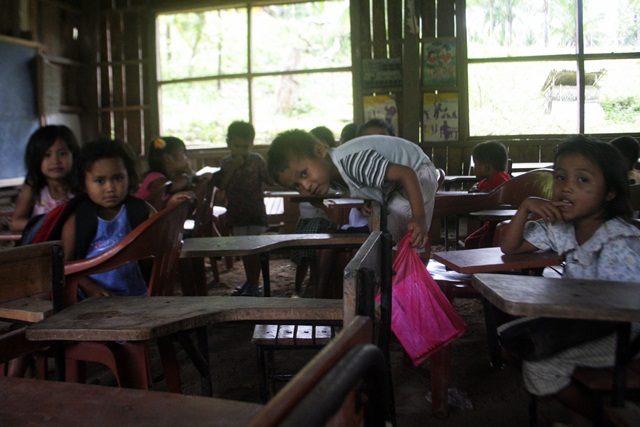 Balbino said the full implementation of the K+12 program of DepEd might pose problems in their school if their current situation is not changed now. “We need more teachers, more classrooms, water system, comfort rooms and a library,” he added. 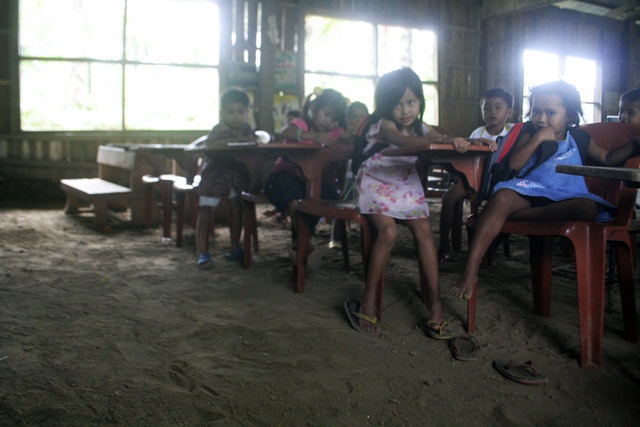