You Are Here: Home → 2011 → October → 20 → Govt policies blamed for ‘accidents waiting to happen’ in workplaces

Govt policies blamed for ‘accidents waiting to happen’ in workplaces

MANILA – The ‘accident’ in Keppel Subic Shipyard last Oct 7 that killed six workers and injured another seven showed the inadequacies in Philippine policies on labor, especially on workers’ health and safety, on the one hand and the privileges accorded to investors in special economic zones, on the other.

The first hearing in the Senate labor committee presided by Senator Jinggoy Estrada this Monday unearthed similar findings in investigations conducted by the police, the regional labor department, the local government and a workers’ alliance: all pointed to “lapses” and “negligence” in the health and safety conditions at the shipyard resulting in the accident that killed the young family breadwinners.

But the fact-finding mission led by Metal Workers’ Alliance of the Philippines (MWAP) said it is not only the Keppel management that is liable for these fatal lapses. They also point to the accountability of some government agencies, particularly those that have jurisdiction over the shipyard, such as the Philippine Economic Zone Authority (PEZA) and the Department of Labor and Employment (DOLE).

Although the DOLE investigation blamed Keppel’s lack of safety measures for the accident, various labor NGOs also urged the DOLE not to wash its hands off the tragic affair because the department itself is partly to blame for having allowed big companies to conduct “self-assessment” on their health and safety compliance.

The Center for Trade Union and Human Rights (CTUHR) pointed to Department Order 57-04 that allowed companies employing more than 200 workers to conduct a self-assessment of their compliance with safety and health standards. 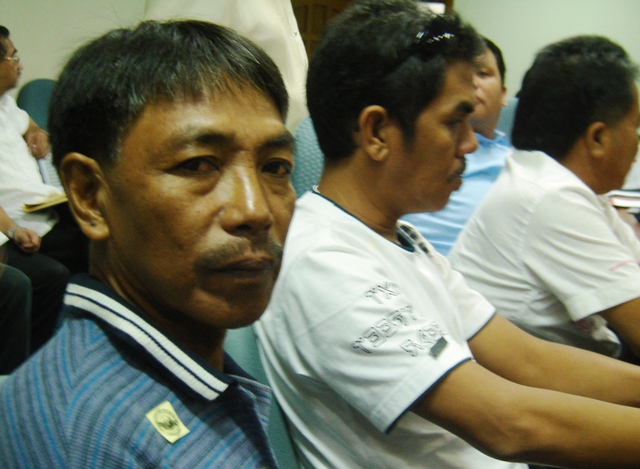 Two fathers of ‘accident’ victims in Keppel Subic Shipyard attend the Senate hearing to ask for justice and changes in workplace health and safety practices. (Photo by Marya Salamat / bulatlat.com)

“The Keppel accident, among many other previous accidents that killed workers, is clear proof that Department Order 57-04 is flawed. We are afraid that until and unless this policy of ‘self-assessment’ is scrapped and stricter rules are put in place, deaths and serious injuries of Filipino workers will not be averted,” said Daisy Arago, executive director of CTUHR.

“There have been numerous deaths and accidents in shipyards in Subic. There is reason to believe that violations of occupational health and safety standards there are conscious policy choices of managements eager to boost savings and profits,” said Elmer “Bong” Labog, chairman of Kilusang Mayo Uno (KMU).

He added that “With the Department Order 57-04, the Philippine government allows its hands to be tied while capitalists expose Filipino workers to hazardous working conditions.”

(See Related story: Keppel liable for accident but it is up to workers to file claims– DOLE)

Cover up and collusion?

The possibility of a likely cover-up by the management of Keppel Subic Shipyard, aided by the negligence or complicity of PEZA, was also floated during the Senate hearing as investigators from the Philippine National Police (PNP), and the regional DOLE and even local government executives all complained of having been barred from immediately entering the site of the tragedy. 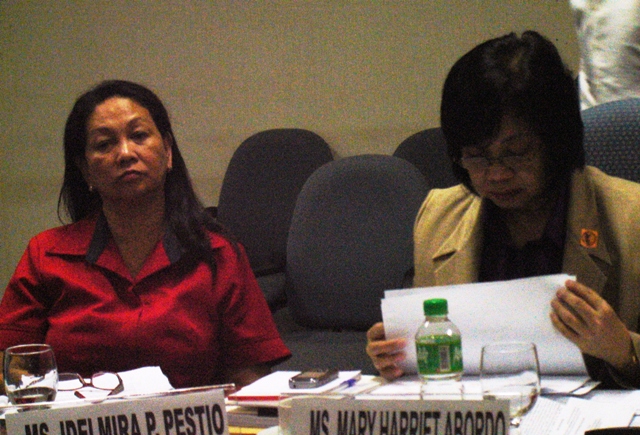 Idelmira P. Pestio, head of Subic Shipyard Special Economic Zone, under PEZA, was accused by at least five DOLE officers of acting like gate-keeper for Keppel, as Pestio reportedly made the DOLE investigators wait another 30 minutes in her office while she tried “to help” by contacting the managers of Keppel Subic Shipyard first. The DOLE officers had been previously waylaid at the ecozone gate for another 20 minutes. Pestio, for her part, denied telling the same labor department officials that they need not investigate the accident anymore.

“Clearly, someone is lying,” said Sen. Estrada, as both officers of the labor department and PEZA’s Pestio asserted their conflicting claims during the hearing.

The police and even the town mayor also complained that they were not immediately cleared to enter the shipyard by the Keppel security. When asked why, during the hearing, Keppel Subic Shipyard President Mok Kim Whang apologized, but he reasoned that his “main concern had been the evacuation of the injured.”

Under questioning, Whang also revealed that preventing the police from immediately entering the site was also about “crowd control,” a task in which Senator Estrada said the police could have helped.

Because things had been shifted about before the police was allowed to investigate at the scene, it is now considered as “tainted,” said PSSupt Francisco Santiago, OIC of Zambales Provincial Police. He added that they “cannot investigate fully anymore because we cannot even pinpoint the position of the dead and the injured.”

During the Senate hearing, for example, a witness to the accident and father of one of the victims, corrected one of the PNP’s observations.

As these transpired, Senator Estrada urged the police to interview the witnesses and the workers. He also asked DOLE Undersecretary Lourdes Transmonte why they did not interview the workers and witnesses. The DOLE has interviewed only the Keppel Subic Shipyard management. 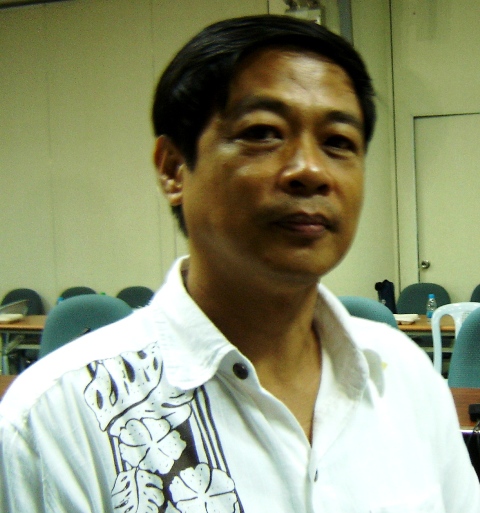 KMU chairman Bong Labog surprised even the police when he furnished the Senate labor committee with pictures taken on the site when some of the victims still lay bleeding on the ground and have not yet been evacuated.

Asked how he got hold of the pictures, Labog said some workers who managed to spirit it out gave copies to their fact-finding mission and the media. His group’s report also revealed that immediately after the accident, the Keppel management “confiscated the workers’ cellular phones to prevent the pictures they took of the accident from coming out.”

The shipyard’s operation had been stopped since the accident. Prior to it, the workers were reportedly being pushed to finish repair work and do “anti-pirate retrofitting” on a 22,650-ton cargo container ship in time to meet a deadline that was fast approaching.

Monday’s Senate hearing on the Keppel accident revealed a “conflict” between the DOLE and PEZA in disposing of their functions. Although the DOLE has allowed self-assessment of companies, if and when it chooses to conduct inspections it had to secure PEZA’s permission first before being allowed entry inside economic zones.

“We have not subsumed the functions of national government, we have allowed government agencies to still assume jurisdiction and exercise their functions in the economic zones,” said Mary Harriet Abordo, Deputy Director-General of PEZA. She cited as examples the Department of Environment and Natural Resources for issues under its jurisdiction, and the DOLE, too.

But DOLE Undersecretary Lourdes Transmonte said there were instances in the past when “PEZA did not allow us to enter the zone.”

Abordo replied that she cannot speak for all the zone managers, but she said PEZA has an existing Memorandum of Agreement with DOLE in cases such as labor disputes, where PEZA forwards the matter to the DOLE when they cannot handle it anymore.

Subic Mayor Jefferson Khonghun who also complained of difficulty in entering the site of the accident asked the PEZA authorities, during Monday’s Senate hearing, why they “did not conduct their own investigation when they’re already inside the zone and inside the Keppel shipyard itself.” He asked PEZA if having their “office provided by the developer” makes them feel beholden to Keppel.

In a statement released two days after the accident, the Ecumenical Institute for Labor Education and Research urged the Aquino government to review its mandate over special economic zones (SEZs), and Congress specifically to “conduct a critical review of RA 7916 or the Special Economic Zone Act of 1995, which gives foreign firms virtually total control over the economic zones aside from according them tax holidays and other perks.”

“The latest accident in Keppel shipyard reveals that economic zones have ironically become exclusive territories of foreign firms which authorities cannot just enter even when Filipinos working inside have been crushed to death,” said EILER executive director Anna Leah Escresa.