Philippine Normal University, trying to make do with so little

“They even charged late enrollees with P250 ($5.78). It’s a hassle for students who only had the exact amount for enrollment because they would come back the next day or they would borrow money from a friend or classmate. Even if it’s a small amount, for them it’s a big amount already,” Sibayan said pointing out that students in PNU come from lower middle class families. Some come from the provinces and their parents belong to the working class or are farmers. 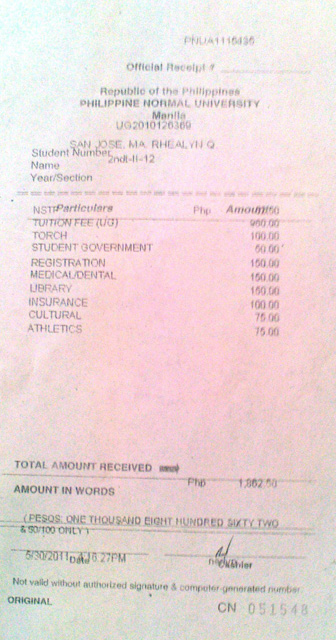 Sibayan and Belza are somehow fortunate. Belza’s father is an overseas Filipino worker while Sibayan’s parents are both working.

PNU as the National Center for Teacher Education

The law also stipulated that the university will be provided with the appropriate funds (P250 million or $5.7 million for capital outlay on top of the current budget allocation) plus another P100 million ($2 million) for the succeeding five years in addition to the annual appropriations for capital outlay. But according to Belza, since 2009, the said funds have not been provided to PNU.

Next year, PNU, like other state universities and colleges would have zero allocation for capital outlay. The budget is allotted to personal services amounting to P235.72 million ($5.442 million) and 49.23 million ($1.136 million) for maintenance and other operating expenses (MOOE).

“But how can the PNU be modernized if the DBM allocates zero capital outlay for SUCs?” Belza asked. “The DBM itself defies the law by giving PNU and the rest of the SUCs zero budget on capital outlay.”

In RA 9647, “the modernization plan shall enhance curricular programs to make them relevant and responsive to the needs of society and address the educational needs of communities. The plan shall also include a program for staff development as well as for the upgrading of services, facilities and equipment in the university.”

The DBM, on the other hand, said the budget is “performance based,” meaning the budget to be allocated to SUCs will be based on research outputs, enrollment and passing rate in licensure exams. “But it should be other way around. For us to have quality education, the lack in chairs, classrooms, other facilities and teachers should be addressed,” Belza told Bulatlat.com

Sibayan said the budget cuts have greatly affected the quality of education in PNU. “Before, PNU students dominate the Licensure Examination for Teachers (LET) by having a 90 percent passing rate. The top 20 examiners came from PNU. But now it gradually went down.” 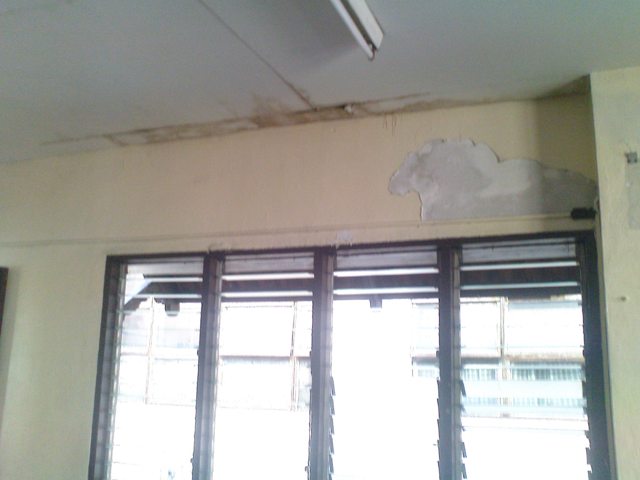 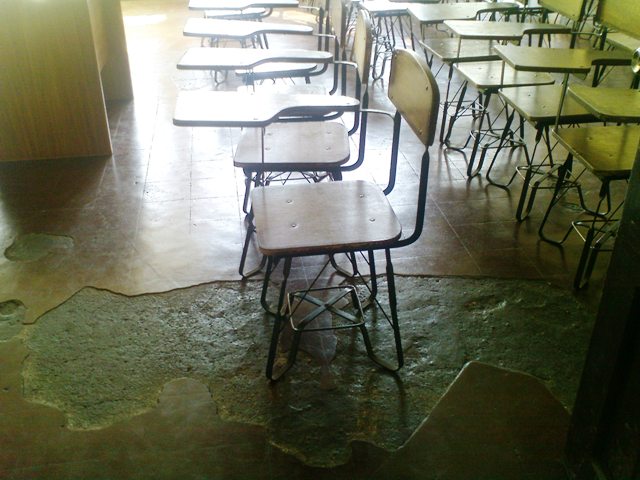 During Bulatlat.com’s visit to PNU, the administration has renovated some of the facilities. It may look like the university is not affected by budget cut, one PNU student said, but there are merging of classes and inconsistencies on the amount of fees caused by budget cuts. (Photos by Anne Marxze D. Umil / bulatlat.com)

There is a high expectation when a teacher comes from PNU, Sibayan said. He stressed that teachers in public schools are products of PNU. “Even the officials of the Department of Education and CHEd came from PNU,” Sibayan said adding that PNU has contributed to the development of the education system in the Philippines.

“It seems that the government is being blind to the fact that educators who hone children are coming from PNU. If lesser and lesser teachers are going to pass the LET, how can the government fulfill the 103,599 shortage on teachers in public schools,” said Sibayan.

“We are taught here to be passionate about providing education and we do it all our heart. We commit ourselves to teach Filipino children, but it seems that the government is taking the teachers for granted,” said Sibayan. He said that somehow, teachers who go abroad for a bigger income, could not be blamed. “They also families to think of,” Sibayan added.

The students vowed to fight the budget cut even if their president, Dr. Ester Ogena is not with them in their battle. “While other presidents in other universities are joining the students in this battle, Dr. Ogena chose to be silent about the matter. She even went abroad for a seminar last Sept. 23 when students were joined by teachers to protest against the budget cut,” Sibayan said.