You Are Here: Home → 2012 → February → 20 → Victims of human trafficking from Baguio hope to move on, recover from injustice

Victims of human trafficking from Baguio hope to move on, recover from injustice

“I would like to start all over again. I want to go back to school and become a nurse.” – one of the victims

MANILA — When asked how she wants to be referred to, one of the victims of human trafficking rescued from Baguio City, without any hesitation, told Bulatlat.com she wants to be called “Cute.” Her eyes twinkled behind the scarf she was using to cover her face barely concealing her smile.

Cute is one of the eight women who were trafficked from their respective provinces in Mindanao to Baguio City to work as an “entertainer.” In a press conference, the victims said they thought the job would entail serving food to customers of a Korean-owned bar. Little did they know that they would also be starved and padlocked in a room everyday. Despite what she went through, Cute, only 15 years old, is hopeful that she would be able to recover from the injustice that was committed against her. 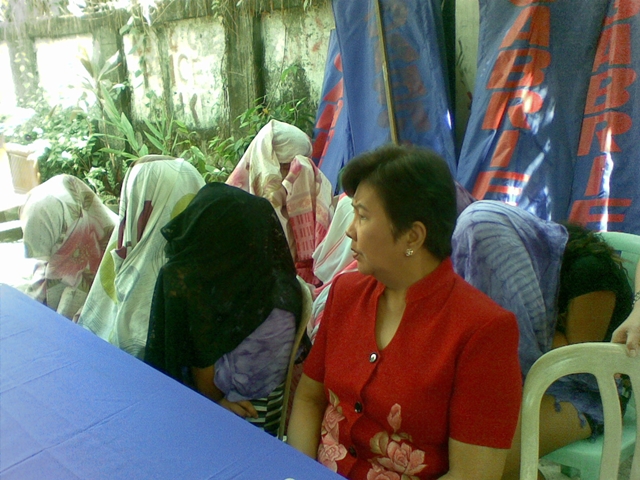 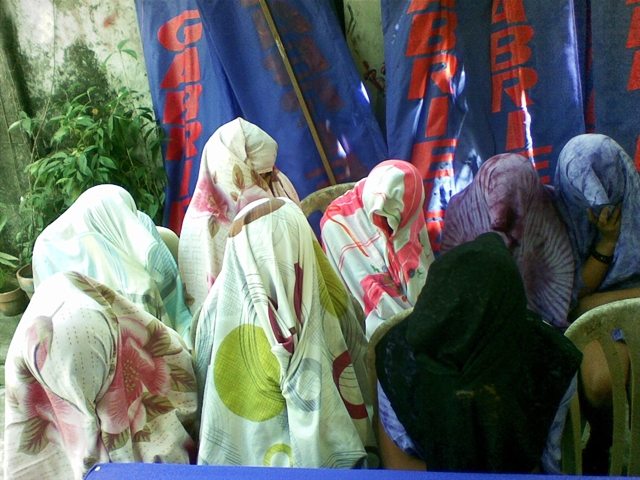 “If only I knew how things would turn out, I would not have joined at all,” she said in an interview. The eight women were consisted of three minors and four of them are pregnant, including one of the minors.

“Poverty makes women vulnerable to these crimes. They were deceived and abused,” Lana Linaban, secretary general of Gabriela, said, “Despite the laws that were passed, sex trafficking continues and the number of victims are increasing.”

Cute, who is the fifth child among seven siblings, was forced to stop going to school when she was only in her first year in high school. Her father, who is a fisherman, could no longer afford sending all of them to school. So when she was offered work in Baguio, she did not have any doubts.

Another woman victim, whose real name has been withheld, said, in a press conference, that a certain Nora Chang recruited them from their respective provinces. “We were promised a good job. A certain ‘Mitch’ was tasked by Chang to recruit more women. We learned that she would get $24 for every recruit.”

Their families were also promised to be given $233 if they accepted the offer. On top of this, the women victims were told that they could ask for a cash advance once they are already in Baguio.

Cute added that she was also looking forward to see how Manila and Baguio are different. “It would be my first time to go to Baguio and to ride an airplane. It felt good to be inside the airplane but I was very scared during take-off,” she said, “Manila is also beautiful. It is one of my dreams to go here.”

But all these young girls’ dreams were soon marred by a nightmare they did not expect. None of these promises ever came true.

The eight girls arrived in Baguio on February 1, a few days before the Monro Disco Bar, owned by Korean Henry So, opened. Two days later, she was surprised when So asked her to do a “sexy dance” on stage so they could attract more customers.

“The other girls volunteered me when (So) asked who knows how to dance,” Cute said, “I found it weird. I was very shy. But I still danced out of fear.”

But the worst that happened to them, according to Cute, is that they were fed only at night. “I was very hungry. I told myself that I was better off in Davao, where, somehow, I could eat a decent meal,” she said.

Cute worked from 8:00 p.m. to 4:00 a.m. everyday since the bar began its operations. As a dancer, she earned $5.18 daily, which was a bit higher than what the other girls who entertained customers got, which was only $3.50. Their employer also deducted $1.20 from their already meager salaries.

Their families were not given the promised $233. The girls also were not allowed to ask for cash advances from their employer because they were told that the money was already given to Nora Chang.

On February 9, Cute felt that she could no longer stomach what they were going through. In a news report published by Baguio City-based alternative news Northern Dispatch, Innabuyog-Gabriela Secretary-General Mila Singson received a text message from Lawig Bubay, a member organization of Gabriela Davao, informing her that there were girls who wanted to be rescued from the newly-opened Korean bar. 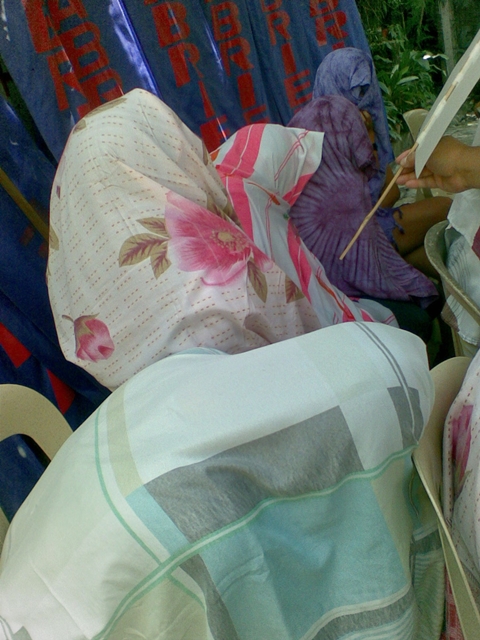 Innabuyog-Gabriela then informed the Baguio City Police Office – Women and Children Protection Center (BCPO-WPCPC), who advised them to tell the girls to escape.

“I plucked up the courage to take the keys and set ourselves free,” Cute told Bulatlat.com. At around 7:00 a.m., five of the girls were able to escape. Cute stayed with the other girls because one of them was not feeling well. A few minutes later, they, too, ran for their lives. They managed to ride a taxi to the police station. Cute said they did not have a single centavo with them. “Only our cellphones,” she added.

Cute said she was afraid at that time. “I do not want to let this happen to me again. I would not believe such offers anymore.”

During the investigation, Gabriela’s local chapter in Baguio also learned from the police that Monro Disco Club has no permit to operate.

According to Lana Linaban, secretary general of Gabriela, the girls would be sent to their respective provinces in Mindanao where they would file charges. She added that Gabriela – Davao and its member organization Lawig Bubay would help facilitate the filing of charges.

Gabriela Rep. Luz Ilagan, for her part, pointed out that there are flaws in the existing Anti-Trafficking of Human law in the country. “One of its main flaws is that one could only file charges against a person after the victim has already been trafficked,” she told Bulatlat.com, “There is a need to review it.”

Ilagan said before the media that with the already flawed law at hand, its implementation is also very poor. “Victims are afraid to file charges because we all know that there are ‘big people’ who are backing up these businesses. So for people with little or no resources, they would rather just forget about it.”

She said it is important that the girls, and other women in the country, would not be trapped in a situation like this. She urged the national government to closely monitor those who they deem as recruiters.

Ilagan added that while the government pushes for tourism, “it needs to check that there is a possibility that along the way, while tourists visit these beautiful sites, women and children are vulnerable to these crimes.”

“Our women and children are not for sale,” Linaban said, “Stop human trafficking.”

“Congress passes laws to address these problems. But the administration, which implements laws, has a bigger responsibility in making sure that this would be put to a stop,” Ilagan said.

Even if this particular case would be resolved, Ilagan pointed out, the government should still tackle the problem of human trafficking. “There is widespread unemployment and poverty that need to be addressed,” she said, adding that these girls left their homes in the provinces in hope of helping their families.

So far, Ilagan said, the government only offers bandaid solutions to address these problems, citing the Conditional Cash Transfer, President Benigno S. Aquino III’s key anti-poverty program, which, the progressive lawmaker said, would not produce jobs for unemployed and poor Filipinos. “It forgets that there is dignity in work,” Ilagan said.

As for Cute, she said she was very happy when they finally escaped and reached the police station. “I was very very happy,” she told Bulatlat.com, “When we got there, we even received text messages from the caretaker of the bar, looking for us. But we did not reply anymore.”

Gabriela – Davao would be helping the victims to facilitate the filing of charges against the perpetrators of the injustices committed to the eight girls. But for Cute, the process of moving on from the this painful experience is another struggle that she would have to face. “I would like to start all over again. I want to go back to school and become a nurse.”