MANILA – “Former president Gloria Macapagal-Arroyo should be jailed not just for plunder but also for treason.” This was the statement of Terry Ridon, spokesperson and general counsel of Kabataan Partylist, as he blamed the past administration— and dared the current Aquino government— to revise the downgrading of the Scarborough Shoal into just a ‘regime of islands’ under the UNCLOS (United Nations Convention on the Law of the Sea) instead of declaring it as part of Philippine territorial waters.

Ridon explained that in declaring the Scarborough Shoal as a mere regime of islands in a new baselines law, the Philippines had effectively lost full sovereignty over Scarborough Shoal and the Kalayaan Group of Islands, thus subjecting the country’s claim over these islands to a mere diplomatic resolution.

“We are thus constrained to merely explore and exploit the resources found therein, instead of being able to exercise full political, economic and military sovereignty over these waters.”

He said that the law had effectively clipped Philippine sovereignty.

Baselines law being exploited by China, US

The reconfiguration of Philippine territorial waters into archipelagic waters not only allows China to justify its posting and defending of maritime ships around the disputed islands, even under the Philippine laws. It also allows the US to exploit the Philippine “archipelagic waters” for its US warships and warplanes. These are now moving freely in waters between our major island groups, said Ridon. 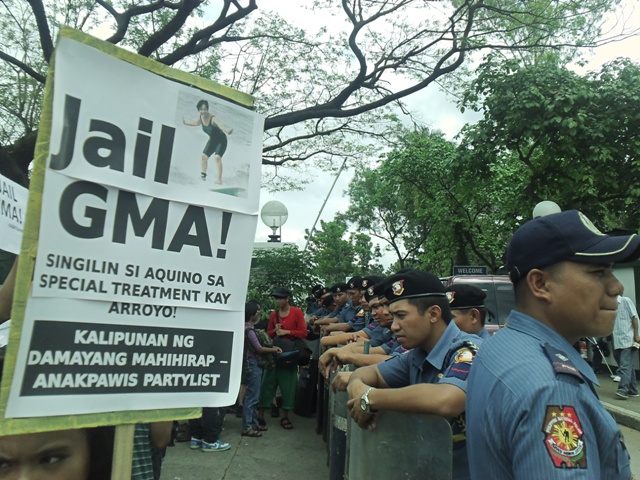 The Arroyo government’s reconfiguration of Philippine territorial waters has apparently surrendered the Philippine’s historical claim over these islands.

“As these territorial waters are now considered archipelagic instead of internal waters as stated in the Constitution, we had effectively ceded full sovereignty to major world powers. The Chinese are in the Spratlys while the Americans are found wherever our archipelagic waters exist,” Ridon said.

The Kabataan Partylist dared President Benigno “Noynoy” Aquino III to work for the repeal of the Arroyo Baselines Law and to restore full sovereignty over these islands and waters.

Ridon said the Corona-led Supreme Court upheld the Baseline Law’s constitutionality despite having been shown how absolutely detrimental the law is to our national interest and sovereignty. He added that other similar laws and treaties must also be repealed and abrogated, including the Mutual Defense Treaty and the Visiting Forces Agreement.