The Parañaque court’s TRO resulted in the deployment of more than 70 policemen and Special Weapons And Tactics (SWAT) and a fire truck in the strike area.

MANILA – Anthony Burgos, 29, had worked for a year in the largest warehouse of the Philippines’ leading hardware supplier, Co Ban Kiat company. It supplies the likes of ACE Hardware in SM malls, as well as other large and small hardwares in the country.

“When I had worked here for 10 months (as a directly hired employee), I was told to rest for two weeks,” Burgos told Bulatlat.com.

Based on the Labor Code, Burgos should have been declared as a regular employee. But when he came back to work as agreed, he was transferred to a Co Ban Kiat agency supplying the warehouse with workers. He continued working at his old job at the same warehouse, but as a contractual, agency-hired worker rather than as a regular worker.

Contractual workers in the Philippines receive lower pay and little to no benefits. They also end up jobless with every ENDO (or end of contract), forcing them to strive to get another and giving rise to a tribe of ‘permanent contractuals’ among millions of employed Filipinos. 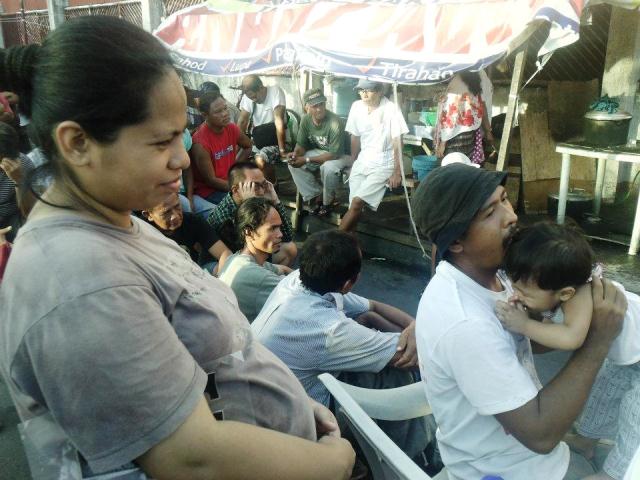 Burgos was only declared as regular on the job, verbally, after the new union he had joined went on a strike last month. Regularization of workers like him had been one of the strikers’ victories.

But even before the new union could get down to work for a collective bargaining negotiation, Cobankiat reneged on its agreement with the union, forcing it to go on another strike last May 23. Some workers who have been declared as regular were terminated when their work contracts expired.

Unlike the union’s first strike early last month though, this strike has dragged on.

Rather than address the union’s demands and abide by its signed agreement with the union, Johnny Cobankiat, owner of the companies operating and controlling the Co Ban Kiat warehouse, had apparently been trying to ignore the workers’ demands.

Using the court and police to frustrate the workers’ strike

Days after the strike began Cobankiat asked the Parañaque Regional Trial Court to issue a temporary restraining order (TRO) and a writ of preliminary injunction, which would have restrained the workers from continuing to hold their strike. It also sought to direct the workers to pay P1 million in damages, and instruct the Southern Police District and Special Weapons and Tactics (SWAT) unit to implement the TRO and injunction.

But Cobankiat failed to convince the court, which dismissed his request, saying the court has no jurisdiction over labor disputes.

For some reason though, the same court gave in when another set of petitioners from companies under Cobankiat in the same warehouse asked it for the same thing. As soon as the court decision came down this week, the strikers were reportedly inundated with truncheon-wielding police, firefighters and Cobankiat strike breakers.

The Parañaque court’s TRO resulted in the deployment of more than 70 policemen and Special Weapons And Tactics (SWAT) and a fire truck in the strike area.

“By ordering the clearing of the ingress into and the egress from the company’s premises, the TRO directly undermines the workers’ legitimate strike. It is a violation of the workers’ right to strike and an interference into a labor dispute,” said Elmer “Bong” Labog, KMU chairperson.

Shortly after the police had pushed the workers away from the company’s gate, trucks of Co Ban Kiat Hardware, Inc. immediately went out and in of the company, manned by scabs. Since then, items in the warehouse are continuously being hauled out. “We are threatened with legal sanctions if we barred them,” said Burgos. 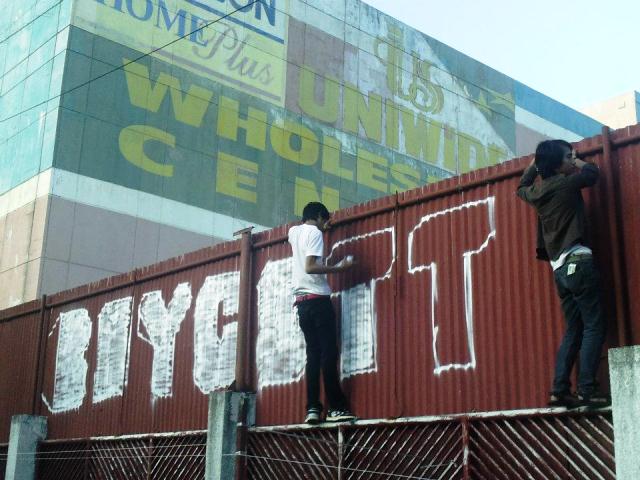 “Instead of heeding the workers’ just demands, Johnny Cobankiat is using the courts to file charges upon charges against the workers that he has exploited for years. Workers are aghast that the courts are willingly serving as Cobankiat’s accomplices in trampling on their rights,” Labog said.

The petitioners of the approved TRO had fewer items in the warehouse according to Burgos. The union charged that Cobankiat is violating the TRO, as truckers have been hauling out of the warehouse even items by Cobankiat, as well as bringing in scabs.

The union has filed cases of illegal dismissal with the National Labor Relations Commission. Burgos told Bulatlat.com they suspect that Cobankiat has opened another warehouse nearby. Now, he said, one of their main concerns is helping their fellow unionists who have families and who are worried now about bills to pay. The union thanks the community in their midst, the drivers and supporters who drop by and offer support.

Before forming a union, the hardware workers were kept in contractual status for years, and were subjected to various abuses from supervisors – such as being forced to work overtime or under the sun for long hours. The warehouse is also reportedly very hot and extremely lacking in ventilation.