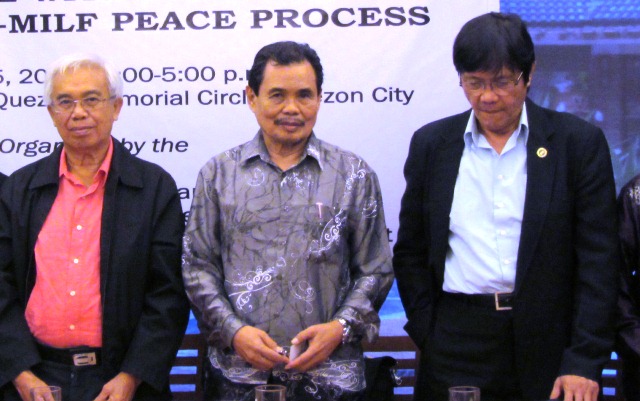 “Anything can still happen,” the official source reportedly said, adding that real negotiation is never easy.

Based on the explanation offered by MILF’s Datu Roberto “Bobby” Alonto in their dialogue with the media in Quezon City last month, “What we have signed in the 27th exploratory talks in Kuala Lumpur in April are 10 decision points where we agreed on what we should be agreeing about.” Fleshing out the topics listed there would spell the difference between producing a signed peace accord or not.

The group has made it clear numerous times though that they will not submit to a setup like ARMM (Autonomous Region of Muslim Mindanao), which, they clarified, is really “not a negotiated political settlement.” They explained that there had been no space for genuine Moro self-rule in ARMM ever since the peace agreement between the MNLF and (then) GRP stipulated that in cases of conflict between interpretation of autonomy laws and the Philippine Constitution, the latter would override the former.