MANILA – A few years ago, renowned director Joel Lamangan and Palanca-awardee scriptwriter Bonifacio Ilagan teamed up with Ricky Lee to film the Flor Contemplacion Story, a movie based on the life of an overseas Filipino worker sentenced to die in Singapore. Her death amplified the costs of labor migration.

Recently, Lamangan and Ilagan teamed up again to film another gripping portrayal of the continuing poor working conditions of overseas Filipino workers.

“Flor’s story was a film on one individual’s life. But now, (in this film) you will see the bigger problem. It also focuses on how groups like Migrante are helping OFWs in other countries,” Lamangan told Bulatlat.com. The film, he added, is “telling the truth of how our local embassies in other countries are not helping that much.”

‘Migrante (The Filipino Diaspora)’ is a film that portrays the many faces of being an overseas Filipino worker. The fates of the OFWs in the film were intertwined by the tragic incident that has befallen Frida (Jody Sta. Maria) and her family. It also highlighted the role of people’s organizations such as Migrante International, which, in real life, have been at the forefront of helping fellow Filipino migrants workers in need.

“One of our inspirations in making this film is the accumulating number of cases of OFWs being maltreated. The number of reported incidents have increased tremendously that people think that it is just an ordinary case,” Ilagan said. 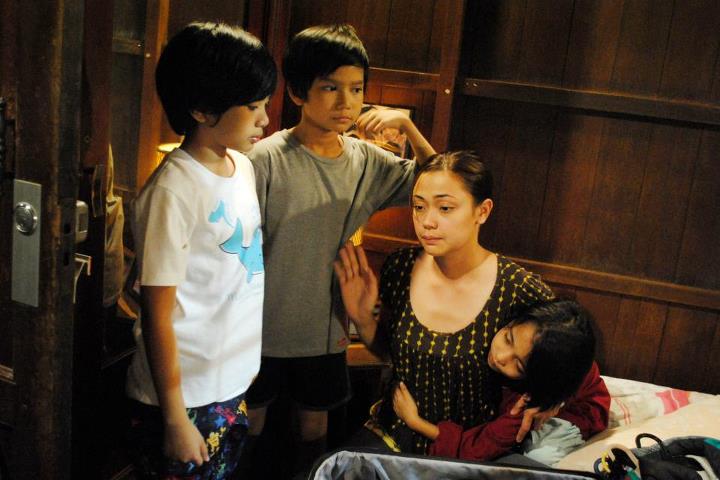 The scenes leading to Frida’s departure to Israel is all too familiar since many Filipinos, including this writer, have relatives working abroad. But it is an entirely new experience when viewing it from a different perspective.

One could almost sense the pain that characters were feeling as Frida’s departure neared, most especially when the children were begging desperately for their mother not to leave. Even Jody Sta. Maria, who played Frida, told Bulatlat.com that it is one of the scenes that struck her.

“If they had a choice, who would want to go out of this country to work? Knowing our Filipino culture for strong family ties, no one would,” Sta. Maria said.

If there is anything that makes ‘Migrante’ stand out from other OFW films is the fact that they spent a significant amount of time showing what pushed Frida, like other Filipinos, to work abroad.

Many Filipinos leave the country in the hope that working abroad could help them uplift their living conditions, be able to send loved ones to a good school, buy medicines for family members who are sick and secure a decent future, especially for the children, only to end up as a victim of maltreatment.

Another highlight of the film is how other OFWs, who, too, have their own problems, are willing to lend a helping hand to their fellow Filipinos in dire need.

“She was by herself to confront the uncertain future. The only thing that was clear is that she is confronting danger, which other OFW and their families are experiencing,” Ilagan said. 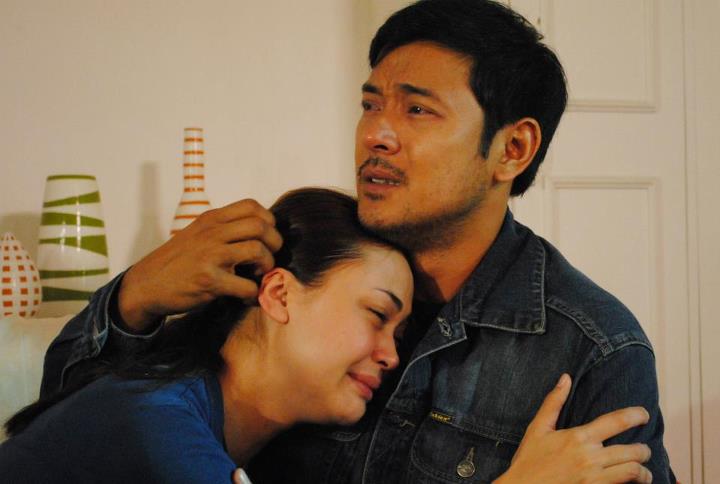 As portrayed in ‘Migrante,’ government agencies abroad were hardly of help to the unsung heroes of the country. Those who played the role as members of the real-life migrant rights group Migrante International expressed their reservations on how their fellow Filipinos landed in a much worse fate when embassy officials intervened, or the lack thereof, in their respective cases.

To prove their point, they mentioned real cases such as Jennifer Beduya, one of the OFWs beheaded during the time of former president Gloria Macapagal Arroyo.

Thoughts on the film

Connie Bragas-Regalados of the Migrante Sectoral Party said they are very happy that a film portraying the difficulties being encountered by Filipino migrant workers was produced.

“Film is one of the most effective ways to educate the people about what we are going through. This is not just a lecture,” she told Bulatlat.com, adding that those who watched the film earlier have already sent her messages saying they were able to relate to the characters. “They said it was beautiful and it made them cry.”

The film, Gina Esguerra, Migrante International secretary general added, would be of big help in their migrants’ rights advocacy.

“It is very timely because the labor export policy is being intensified. It reflects what Filipinos are going through abroad because the story did not just focus on one family,” Esguerra said.

As the film concluded, a question is sure to linger in one’s mind: What is there to do to stop this cycle?

Migrante (The Filipino Diaspora) is set to be screened in various schools, universities and communities here and outside the country.