“It is high time to call a spade a spade: the Aquino government has demonstrated that it can no longer meet even the minimum demands of the Filipino people for environmental protection and the wise utilization of natural resources towards people-oriented development and industrialization.” – Kalikasan Partylist

MANILA – Nowadays, a mere low-pressure area can already submerge villages and even cause a landslide. In some towns in Bataan, Pangasinan and Bulacan, and in Metro Manila’s Valenzuela and Parañaque, for example, there are villages still flooded by rains brought about by a low-pressure area. “How much more if we had super-typhoons?” residents wading through flooded streets asked in fear.

In President Benigno “Noynoy” Aquino’s State of the Nation Address last Monday, just six months after Sendong, Aquino boasted of supposed improvements in his government’s handling of disasters. He praised what he described as his administration’s improved capability at disaster response.

But in a forum led by Kalikasan Partylist held shortly before Aquino delivered his address, green groups found little to no trace of Aquino’s touted disaster response capability in his administration’s track record.

In fact, Filipinos are in greater danger today from environmental catastrophes than two years ago when Aquino started to rule. According to the Kalikasan Partylist, the Aquino administration has not addressed but worsened the environmental crisis with its policies and programs.

After two years as president, Aquino has shown a track record of “pursuing environmentally destructive policies,” said Clemente Bautista Jr., president of Kalikasan Partylist. These policies, he said, include the continued liberalization of mining industry under Aquino’s Executive Order 79, and the limited log ban in 2011. 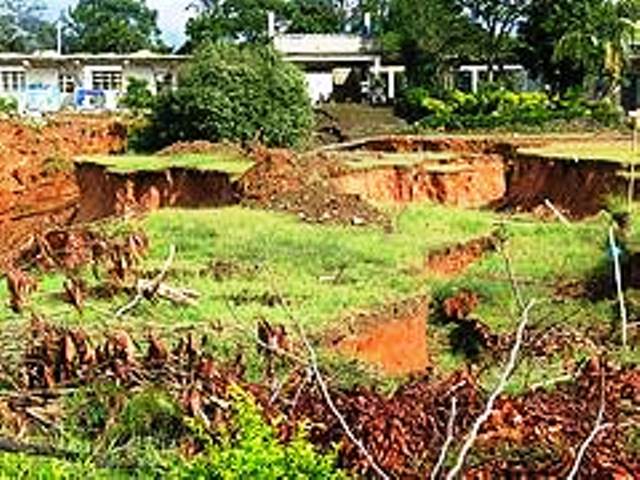 Kalikasan Partylist suspects that Aquino’s recently signed Executive Order 79 which further liberalizes mining operations in the country is issued partly as payoff for his presidential campaign financiers from the mining sector. “The signing of the said executive order had been delayed because Aquino held consultations first with mining companies,” Palatino said in this forum.

Under Aquino, the increase in large-scale mining is such that its gross production value rose in 2011 by P18.9-billion (US$448-m), while the contribution of metals to exports have increased from 3.8-percent to 5.6-percent, Bautista of Kalikasan Partylist said. But all these brought only “minimal contribution to the country’s Gross Domestic Product (0.9-percent of almost P200-billion), and employment (0.6-percent),” added Bautista.

And for this minimal contribution to the local economy, the mining corporations’ gains in mining are realized “at the expense of the environment and the people,” Bautista said, citing as examples the reported incidences of fish kills, water pollution, health hazards and community displacement in Palawan, Surigaodel Norte, Leyte and Compostela Valley, among others.

“Aquino’s EO 79 said nothing about prosecuting or punishing the mining companies” blamed for all these dangers to the environment and communities, Bautista said. For the Kalikasan Partylist, the Aquino government’s clearest failure in the environment lies in its mining program, with the EO 79 as “centerpiece policy.”

Green groups also criticized the Aquino government’s capitalizing on “orchestrated regular power outages” in Mindanao to declare an energy crisis and to seemingly offer privatization and dirty energy as solutions. No thanks to these, the people of Mindanao stand to also suffer higher electricity costs, as much or more than their counterparts in Luzon and Visayas where power plants had first been privatized, various progressive groups warned.

After the Mindanao-wide energy summit in Mindanao organized by the Aquino administration early this year, “the full privatization of the energy industry under the tenets of the EPIRA law” is set, with the public-private partnerships invited to further immerse themselves in the industry. Bautista warned that aside from resulting in high power costs, experiences showed that placing the operation of power plants such as the few remaining publicly owned hydro-electric power plants in private hands result in catastrophic decisions. 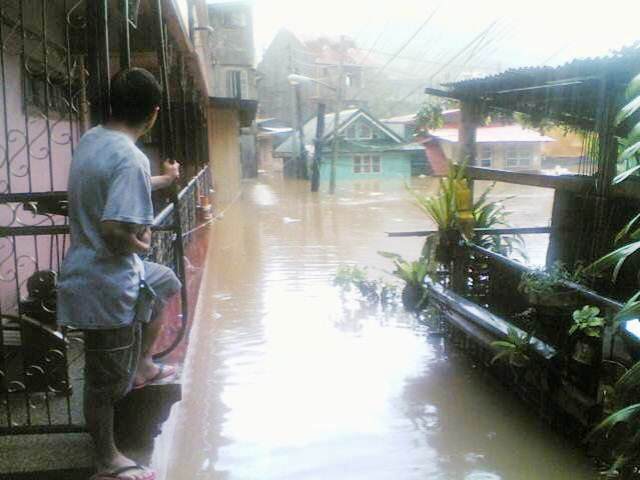 A privately-operated dam’s sudden water release is one of the factors blamed for this flood in 2011. (Photo courtesy of Amianan Salakniban / bulatlat.com)

“It can be recalled that the torrential flashfloods that inundated Pangasinan in 2011 was due to the privately-owned San Roque hydro-electric dam’s sudden water release,” Kalikasan Partylist said in a statement. The group attributed the belated and all-too-sudden release to the dam management’s decision to hold on to flood waters even when its water levels breached the safety point, to maintain the maximum output for energy production.

Just the addition of three more coal-fired power plants will emit an additional 11-million tons of carbon dioxide, plus tons of other poisonous chemicals and heavy metals such as mercury and arsenic, according to scientific estimates.

The Kalikasan Partylist questioned Aquino’s reliance on dirty energy, when “we the country has more than enough renewable sources locally.”