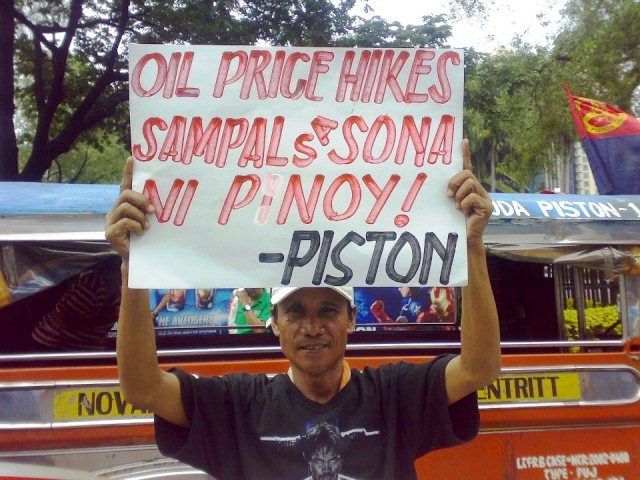 MANILA – Members of Piston (Pagkakaisa ng mga Samahan ng Tsuper at Opereytor Nationwide) held a picket in front of Petron office in Ortigas Center, Mandaluyong City Aug 1. They condemned the recent spate of increases in oil prices and the Aquino government’s inaction in the face of persistent claims by various organizations that the oil cartel is overpricing their products.

Many public transport drivers such as those driving tricycles and FX/AUV use gasoline to run their vehicles. They complain that every increase in cost of fuel increases the cost of ferrying passengers and correspondingly diminishes their takehome pay. It does not help that prices of utilities and foodstuff are also increasing. 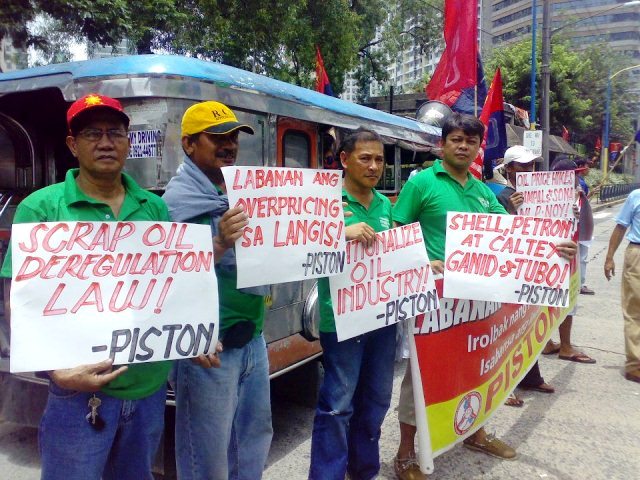 On the day the drivers picketed Petron, big oil companies, including Petron, also raised by P11 per kilo the price of LPG, in effect raising by P77 the price of an ordinary 11-kilogram LPG often used by average consumers for cooking. The LPG price increase also affected many drivers of metered taxi.

These oil price hikes and the continuing oil “overpricing” are imposing additional burden to public transport drivers, said George San Mateo, national president of Piston. Amidst a quick sucession of typhoons lashing the Philippines, oil prices are ceaselessly increasing too, and coupled with hikes in electricity and water rates plus hikes in prices of basic goods, Filipinos are suffering more nowadays, San Mateo said during their picket. 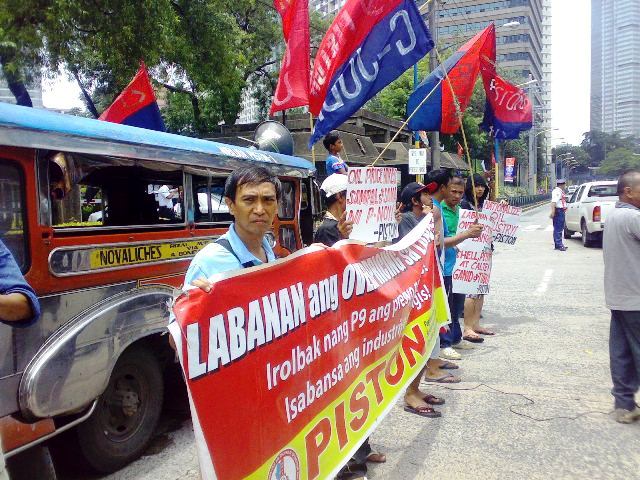 Piston accused the Aquino government of conniving with the oil cartel in allowing its oil overpricing and ceaseless price hikes. San Mateo accused Aquino of deliberately not doing anything about the much-complained of Oil Deregulation Law, because the president’s uncle, tycoon Danding Cojuangco, is the owner of Petron, one of the largest oil companies in the oil cartel. 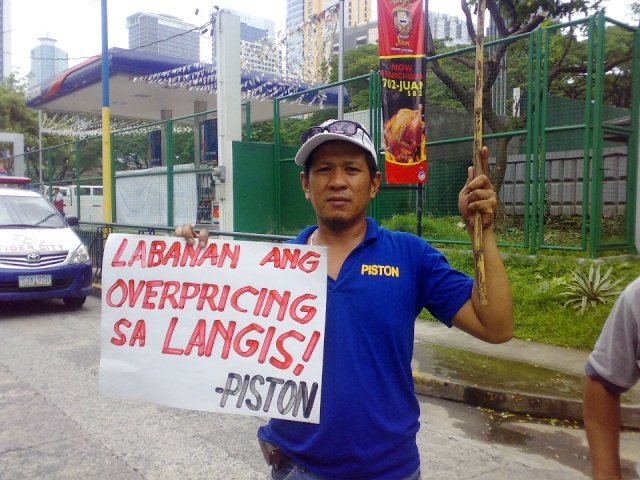 San Mateo vowed that his group will press ahead with the campaign to renationalize Petron, “because it is crucial for a government to have a national state oil company in its control if it is to credibly counter the oil monopoly and oil overpricing.” He added that it is only with a publicly owned oil company that we can hope to develop an oil industry for the benefit of the people and for advancing industrialization.

Piston also dared the Department of Energy to release as soon as possible the result of its Independent Oil Price Review Commitee (IOPRC) which was begun early this year. When it started, the Review committe announced they would come out with a report by July. 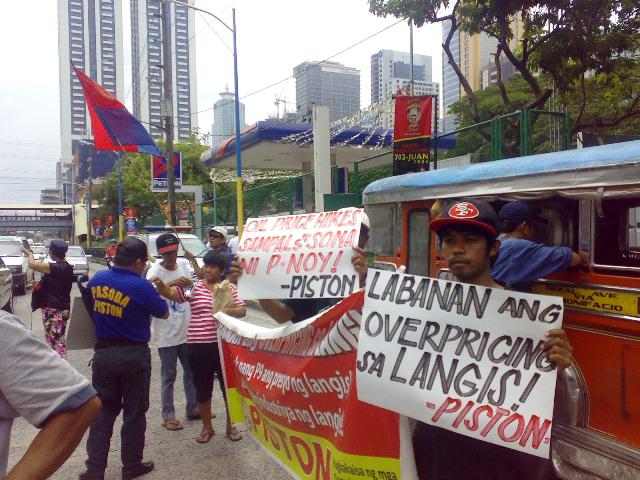 Every day that the result of that investigation was delayed is cheerful news to the oil cartel, because they can continue with their overpricing and oil price hikes, San Mateo said.

Piston warned that their members and allies nationwide are preparing to launch a Nationally Coordinated Protest if the oil price hikes continued unabated.