While progressive organizations welcomed the review, they expressed reservations about the independence of the committee, the quality of, and its hesitation to share, the data it would be getting, and the limits that it imposes on itself.

MANILA – A committee tasked to review oil prices and oil companies’ profits held this Monday a public consultation with leaders of peoples’ organizations and non-government institutions at the Department of Energy in Bonifacio Global City. Dubbed as an Independent Review Committee on oil prices and profits, led by Dr. Benjamin F. Diokno, the committee delineated their scope as “a study committee and not as an investigative body.”

The committee declined to differentiate itself from the Task Force composed of the justice and energy departments set up last year by President Benigno “Noynoy” C. Aquino, to go after the oil companies’ alleged overpricing. Until today, that task force has not yet released the results of its investigation, if this had pushed through.

Diokno told the media in a press briefing minutes before the public consultation that if charges were to be filed, it would be the decision or call of the Department of Energy (DOE) and Department of Justice (DOJ), and not of the study committee. “It is up to DOE to discuss the result of the study,” Diokno said. 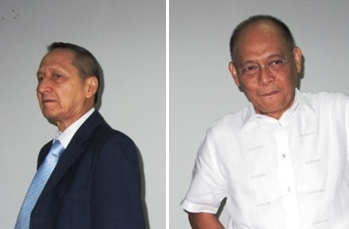 He explained that they are “not even going to recommend this or that,” instead, he said in Filipino that what they will study is if there were evidences or not of, say, overpricing, or of “excessive” profit taking.

Asked to explain the parameters they would use to gauge if profits are “excessive,” Diokno replied in Filipino that when investments are in “riskier” businesses (such as in oil), a higher rate of return may be allowed. If the profit rates of a company are well within the government’s prescribed rate of return on investment in the said industry, Diokno said “it is not anymore excessive.”

The study committee has a six-month time frame. It began late last January and it would submit the results of its study by July this year to the energy department, said Diokno. Their Monday consultation with leaders of peoples’ organizations is said to be their second public consultation; last week they reportedly consulted with the transport sector.

Diokno said that compared to the earlier two studies of the oil deregulation law, their study would not just look at Singapore prices and local oil prices, it would also look at the prevailing exchange rates and taxes. He promised to reveal, through their review, how much VAT windfall the government has been getting.

To determine whether there is overpricing, Diokno said they would look at the deviation of the local prices from the committee’s predicted prices. With Dr. Diokno at the panel during the consultation were Victor Abola (representing economists) and Dexter Ortega (accountants). Diokno is a former budget secretary. Other members of the committee include Rene Azurin (representing the academe), Jesus Estanislao (business community), Raul Concepcion (consumers), and Vigor Mendoza (public transport).

Diokno told the media their report would be “evidence-based,” their (would-be) conclusions “based on hard data.” He promised too that they will “try to make this understandable to the layman.”

But can their study truly probe into profit rates of oil companies? If it will base its conclusions on “hard data” willingly supplied by local oil companies, who would likely want to escape culpability, will the committee be able to prove “excessive” profit-taking? These are only some of the questions raised by leaders of progressive peoples’ organizations to the independent review committee.

How independent? How useful?

Even as leaders of progressive peoples’ organizations welcomed the public consultation and the ongoing review – they have long been urging the government to conduct one — they also expressed concerns about the committee and how it will work on its task. 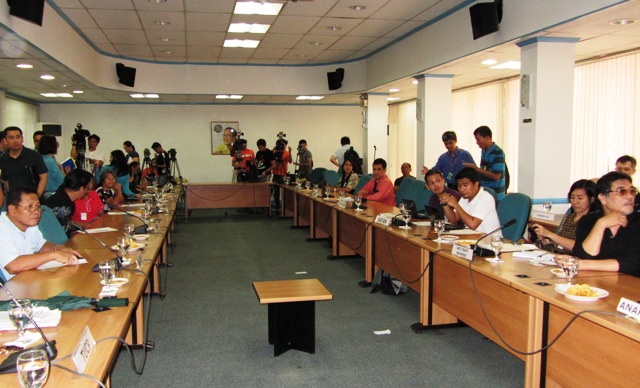 Other groups expressed concerns about the quality of data the review could get its hands on to study, given that as Diokno said during the consultation, they would not compel the oil companies to open their books.

Responding to the suggestion of Arnold Padilla of Bayan to make the review committee go beyond the limits imposed on the government by the oil deregulation law, and compel oil firms to reveal their books, purchase prices, etc., Diokno replied that such a proposal is extremely difficult to do.

During the consultation, Diokno also squashed the possibility that the committee may support proposals to regulate the oil industry and oil pricing, or implement immediate relief measures such as cutting the VAT on oil or suspending oil price hikes during the review. He said he dislikes some “fearsome” proposals such as nationalizing the oil industry and suspending the VAT on oil, using the standard neo-liberal justification that government should not regulate the market in any way. He even asked the leaders of progressive peoples’ organization not to suggest nationalization again.

Since their review results will not be containing any recommendation, Diokno said the report as a document may aid legislation, particularly for those who want to “improve the oil deregulation law.” But the 14 proposals currently languishing in Congress are mostly seeking to scrap or review, with suggestions of regulating, some aspects in the running of the oil industry.

The researchers of multi-sectoral Bayan (New Peoples’ Alliance) offered to take part in the review committee’s meetings with individual oil companies. But Diokno and the rest of the review panel did not appear to take on the offer. Neither did he reply to requests aired by independent think-tank Ibon Foundation, in the interest of transparency, to provide them, too, with data such as payments of local oil firms to mother oil firms, etc.

To questions of transparency of their study, Diokno said they will call a press conference every first Monday of the month till July this year. Diokno denied that the review is yet another gimmick of a hard-pressed leader wanting to score popularity points.