8 years after Luisita massacre, not one hectare distributed

“Until now, the Cojuangco-Aquinos have not given back our land and we have not received a single centavo as payment for our land that they sold.” – Alyansa ng Manggagawang Bukid sa Asyenda Luisita

Eight years later, on the eve of commemoration of the Hacienda Luisita massacre, Ambala members and their supporters pledged to continue fighting for their land as their way of honoring the seven martyrs of the massacre and nine others who were killed after. Not one perpetrator has been held liable for the carnage.

Flor Sibayan, a leader of Ambala, said the Cojuangco-Aquinos “have been trying to steal their victory through various means.” “

Since the 50s, the 6,443-hectare sugar plantation has been controlled by the family of President Benigno Cojuangco Aquino III.

“Until now, the Cojuangco-Aquinos have not given back our land and we have not received a single centavo as payment for our land that they sold,” Sibayan said.

The Supreme Court, in its final decision, ordered the distribution of 4,916 hectares of Hacienda Luisita land to the original 4,296 original farm-worker beneficiaries.

The high court also ordered the Hacienda Luisita Inc. (HLI) management to pay the farm workers P1.33 billion, or their share for the sale of some 580 hectares of land.

The SC ordered the Department of Agrarian Reform (DAR), an office directly under the President, to implement the decision.

Sibayan, who worked in the sugar plantation since 1973 until their union went on strike in 2004, said the DAR has come up with a questionable list of farm worker-beneficiaries.

Last October 31, the DAR issued two lists of beneficiaries, the preliminary master list which includes 5,365 potential farmer-beneficiaries who have been deemed qualified after two interviews and after submitting documents as proof of their employment. Another set, composed of 1,221 farmers, on the other hand, has been placed on a provisional list because of deficiencies in documentary evidence that would prove the validity of their claims.

One of those excluded from the list is Teofilo Garcia of Balete village. 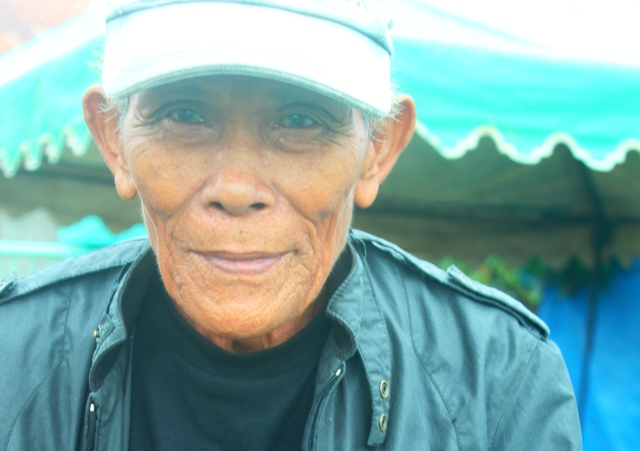 For more than 40 years, Teofilo Garcia worked in the sugarcane plantation controlled by the Cojuangco-Aquinos.(Photo by Ronalyn V. Olea / bulatlat.com)

Garcia, 78 years old, told Bulatlat.com that he has been working in the plantation since 1970. Both his parents, he said, were also sugar workers during the 60s.

“I was shocked not to find my name in the list,” Garcia said in Filipino. He was interviewed twice by DAR personnel. “I was not told if I needed to submit more documents,” he said.

Ligaya Mendoza shared the same sentiment. Mendoza’s husband, Eduardo, is among the original list of beneficiaries but he is not included in the DAR’s provisional list. 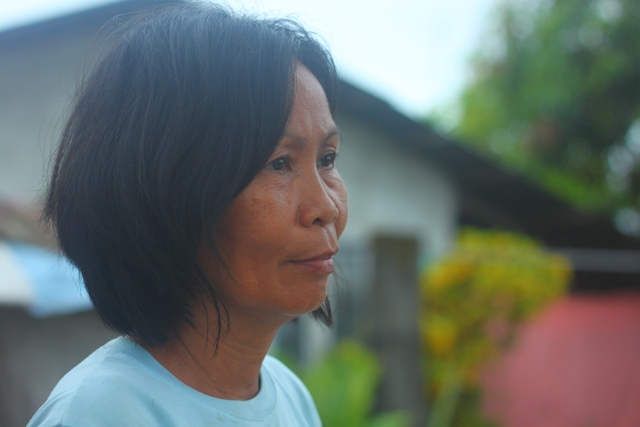 “We submitted all the documents needed,” Mendoza said.

Garcia was enraged to know that horse stable hands and house help of the Cojuangco-Aquinos are included in the DAR list.

“The Cojuangco-Aquinos and their men are behind this,” Garcia said.

“It is painful. We were the ones who worked so hard and others stand to benefit,” Mendoza said.

According to Sibayan, Ambala has identified more than 50 “dummies” of Cojuangco-Aquinos in Balete village alone. Hacienda Luisita covers ten villages and three towns. The group is set to file a petition for exclusion of alleged dummies by the end of this month.

Sibayan said the Cojuangco-Aquinos, through their paid cohorts, have been trying to deceive farm workers.

“Some of the farm workers are being offered P350,000 in exchange for their share of the land,” Sibayan said. “They were also told that each beneficiary is entitled to only 0.4 hectare.”

Ambala has been conducting assemblies throughout the hacienda to expose the schemes of the Cojuangco-Aquinos.

Sibayan said they also received reports from their members that the Cojuangco-Aquinos would pay P90,000 for each farm worker for the P1.33 billion share from the sale of 580 hectares of land.

“Such amount is nothing compared to the rights that farm workers stand to lose once they accept the offer,” Sibayan said. “Money is not enough. What we want is our land.”

Mariano encouraged farm workers to persist with their ‘bungkalan’ or collective occupation and cultivation of Luisita lands as an assertion of their right to the land.

Since 2010, farm workers belonging to Ambala and the United Luisita Workers Union (ULWU) started cultivating portions of the land for their families’ survival. “Hacienda Luisita is no longer a monocrop sugarcane farm. Farmers have planted palay, corn, vegetables and other crops for their consumption and livelihood,” Mariano said.

Sibayan, who has been slapped with criminal charges by the Rizal Commercial Banking Corporation (RCBC) and hit by a bullet during the Nov. 16, 2004 massacre, is determined more than ever to continue fighting for the land.

The RCBC has been claiming portions of the land inside the hacienda.

“We have achieved initial victory,” Sibayan said. “I will not stop now.”

“Land is the only thing I can give to my children and grandchildren,” she said.