A foreign delegate believes that President Aquino’s silence [on cases of human rights violations] bears the imprint of consent for these violations. “Not only has he condoned impunity, he has likewise perpetuated it by not delivering justice for any of the 114 victims of extrajudicial killings under his administration.”

Over 40 human rights advocates from Australia, New Zealand, Hongkong, Taiwan, South Korea, Japan, Malaysia, Indonesia and the Philippines formed the Asia Pacific Coordinating Committee for Human Rights in the Philippines (APCCHRP) and vowed to campaign for human rights issues in the country from national up to the regional and international levels.

In its unity statement, the APCCHRP said “President Benigno ‘Noynoy’ Aquino III is no different from his predecessor Gloria Macapagal Arroyo with continuing human rights violations and the prevalent impunity in the country.”

Speaking before the international delegates, Marie Hilao-Enriquez, chairwoman of Karapatan or the Alliance for the Advancement of Peoples’ Rights in the Philippines, said there were 114 victims of extrajudicial killings, 12 victims of enforced disappearances, 70 cases of torture, 447 illegal arrests and 29,613 victims of forced evacuation under the Aquino administration.

“We lament that the justice for the victims of human rights violations remains elusive as hardly any of the perpetrators of extrajudicial killings, enforced disappearance, torture and other gross attacks on political dissenters have been made to answer for their crimes,” the APPCCHRP said. 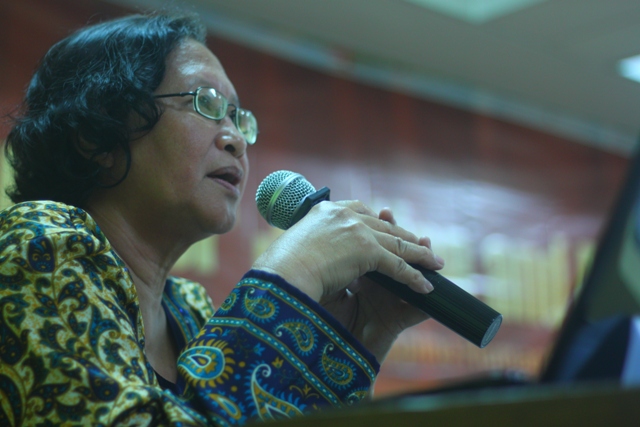 The newly formed group challenged Aquino “to prove his claims before the international community that he has done something on the human rights situation in the country by putting a stop to the killings and by pulling out and disbanding military and paramilitary troops in rural communities.”

Many of the delegates of the conference were moved to tears when victims and relatives of victims of human rights violations shared their experiences.

Mrs. Concepcion Empeño, mother of missing UP student Karen Empeño, related “how abnormalities have become normal” since her daughter disappeared on June 26, 2006. She lamented that authorities have not yet arrested retired general Jovito Palparan Jr., the main suspect in the abduction of Karen, fellow UP student Sherlyn Cadapan and farmer Manuel Merino.

A farmer from San Francisco, Quezon, Mylene Zantoa shed tears as she narrated how soldiers of the 85th Infantry Battalion of the Philippine Army orchestrated the filing of trumped-up charges of kidnapping against her. Zantoa, a leader of a group of coconut farmers, could not go home for fear of being arrested. She worries for her five children, especially for the youngest who has been diagnosed with a serious heart ailment. 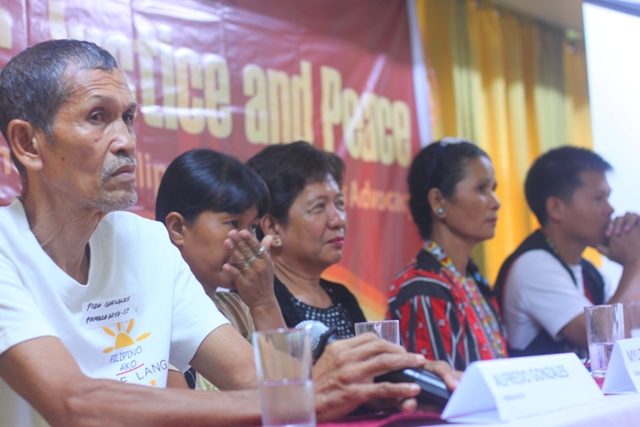 Genasque Enriquez, a Lumad leader who is vocal in his opposition against destructive mining and other so-called development projects, told the delegates how he and other Lumad leaders have been slapped with common crimes and branded as New People’s Army (NPA) guerrillas.

Peter “Tata Pido” Gonzales, spokesman of the Save Bondoc Peninsula Movement and a survivor of an assassination attempt in May 2004, testified how the military has been terrorizing the villages in South Quezon.

Meanwhile, Bae Adelfa Belayong from Esperanza, Agusan del Sur, shared how her husband and her brother were killed by paramilitary forces in separate incidents due to the tribe’s opposition to mining.

One of the delegates, Laura, a member of Montreal-based Centre for Philippine Concerns, admitted she was shocked to hear such stories. “It breaks my heart.” “We’re all humans. It’s hard to think that there are people capable of doing such horrible things.”

A college student taking up social work, Laura (who requested that her surname would not be revealed), 30, got interested in the Philippines when she saw the conditions of Filipinos who were recruited for Canada’s live-in caregiver program. Since then, she has become active in her organization. Recently, she decided to come to the Philippines to see for herself the conditions of the Filipino people.

“The problems are so huge,” Laura said. “I learn as much as I can and I hope to share to other people what I have learned.”

She said she wants to contribute to “putting pressure on the Philippine government to react and respond to the problems of the Filipino people.” 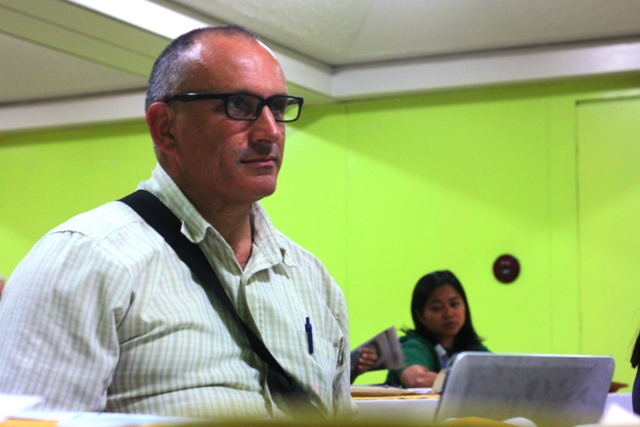 Meanwhile, Peter Brock of the Australian Action for Peace and Development, said: “What we heard are very sad stories but also very inspiring. They [victims] are standing up for their rights.”

He was particularly touched by Mrs. Empeño’s speech. “Connie has been waging the struggle of her daughter. It’s a very powerful testimony.”

Brock, 53, has been active in the solidarity movement for the Philippines since the 1980s.

Brock said: “We see human rights as central in promoting peace.” He said Australia is the second highest provider of foreign military training and assistance to the Philippines and has a Status of Forces Agreement with the Philippines.

Brock noted that under the Aquino administration, “there’s a lot of double speak and false words.” He cited the failure of the authorities to arrest Palparan and the slow pace of the trial in the Ampatuan massacre case, among others.

Brock, a lawyer, also found it ironic that human rights workers are the ones being persecuted, citing Agnes Tadeo-Mesina who was arrested and accused of being involved in the murder of development worker Willem Geertman. “Obviously, these are trumped-up charges,” he said.

Yi-Hsiang, Taiwan Committee for Philippine Concerns, said Aquino’s silence bears the imprint of consent for these violations. “Not only has he condoned impunity, he has likewise perpetuated it by not delivering justice for any of the 114 victims of extrajudicial killings under his administration,” Hsiang said.

Pastor Joram Calimutan, coordinator of the APCCHRP, said the formation of the network would consolidate the efforts of Asia Pacific activists to strengthen and amplify the advocacy for human rights issues in the Philippines.

The APPCHRP condemned Aquino’s counterinsurgency program Oplan Bayanihan, which has been linked to the US government’s anti-terror campaign in Asia.