‘One billion’ to rise against gender-based violence, poverty

MANILA – One Billion Rising is taking the world by storm.

“It is something that has gone across class, social group and religion. It’s like a huge feminist tsunami,” Eve Ensler, the brainchild behind One Billion Rising, said in a report.

Ensler, recently interviewed by The Guardian during her stopover at Paris, has been going around the world to inform and invite people to join One Billion Rising, a global “call to men and women to refuse to participate in the status quo until rape and rape culture ends.”

One Billion Rising, which will culminate on Feb. 14, aims to gather people to go out in the streets and dance as an “act of solidarity, demonstrating to women the commonality of their struggles and their power in numbers.”

Led by Gabriela Women’s Party, the Philippines, too, will join this worldwide campaign. The women’s group said the country has its own share of cases of gender-based violence, such as rape and incest, which have reached an “alarming level.”

“It is because women put themselves forward… You should be very, very proud of how this movement is in this country,” Ensler said in her media interview when she visited Manila last December. 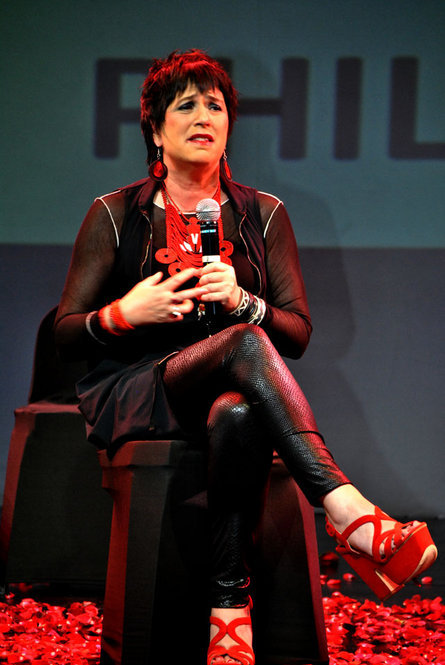 Here in the Philippines, Gabriela said violations of women’s rights are still happening despite laws enacted to protect their rights such as Republic Act No.9262 or the Anti-violence against Women and their Children Act of 2004.

The women’s group said that in the Philippines there is at least one woman beaten by either partner or husband every 43 minutes. There is also one child being battered every one hour and 20 minutes.

“A woman or child is harassed every 4 hours. There are 500,000 victims of prostitution in the Philippines where 100,000 of them are children. Eleven women die every day due to complications in childbirth,” Gabriela added.

“It is thus imperative that the campaign to promote and protect the rights of women from violence be cranked up a billion-fold,” Gabriela said in a statement.

Gender-based violence in the country such as rape, Gabriela said, has also reached alarming proportions: “facts and figures are already shocking and should cause outrage,” a previous Bulatlat.com report read.

Gabriela, in its report, highlighted that about nine percent of these cases were perpetrated by “men in uniform,” such as those in the military, the police, the clergy and in political office.

“In the 471 cases that Gabriela handled from January to September 2012, some 58 were cases of rape, eight of which involved men in uniform or persons of authority as perpetrators. Of the 58 rape cases, 28 cases involved minors as victims,” the report read.

Among the reported rape cases were “Jasmin” and “Mina,” who were allegedly raped by Pantabangan vice mayor Romeo Borja. Both minors conceived as a result of the rape and gave birth to Borja’s child.

Meanwhile, then 17-year-old “Mutya” and 21-year-old “Lilia” also revealed that they were raped last year. Perpetrators were allegedly members of the military. Their families said that instead of helping them get hold of the suspects, the military is hiding the perpetrators.

Gabriela also expressed their outrage over the Aquino administration when it released the detained Panamanian diplomat who was accused of raping a Filipina last April.

“Most of the victims in the domestic violence cases we handle come from the lower-income classes, the urban and rural poor. The women are wives or partners, and their husbands or partners are often unemployed. The men take their anger, frustration out on the women when they can’t earn enough for the family. Men beat their wives or partners out of ignorance, out of frustration and out of utter disrespect for women’s rights and humanity,” Obeth Montes, deputy secretary general of Gabriela, said in a report.

“A million women could not find work. Thousands of women are forced to leave their children and families behind to work in foreign countries,” Gabriela said in a statement.

Ensler saw this scenario for herself when she visited urban poor communities during her stay in Manila last December.

Aside from the women, men are also participating in One Billion Rising. V-Men Philippines was launched last Jan. 17. Gabriela said they are “prominent men in the country who they think have a track record of supporting the women’s struggle against gender-based violence.”

“We are hoping that when one billion women worldwide would rise against violence, one billion more men would join them,” Casiño said during the launch of V-Men in Quezon City.

Together, they will join the worldwide campaign on Feb. 14, where a whole day activity is set to happen along Tomas Morato in Quezon City.

Gabriela said that on this day, the country “will be a venue to show strong cohesion among Filipino women, in strong solidarity with women from other countries. On this day, national barriers will fade as women the world over Strike, Dance and Rise against violence against women.”