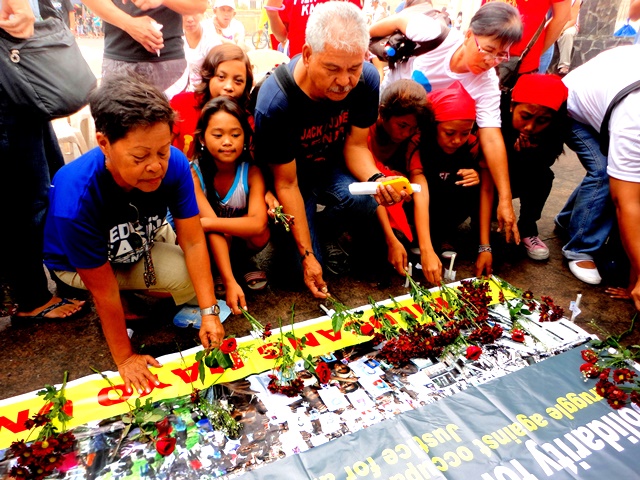 MANILA – To mark the first year of the fire that razed down the Novo Jeans and Shirts mall in Butuan City and killed 17 workers, the national labor center Kilusang Mayo Uno (KMU) and labor NGO Institute for Occupational Health and Safety Development (Iohsad) held a short program May 9 in Plaza Miranda, Manila.

Lighting candles and offering flowers to the memory of the dead workers, KMU and Iohsad also expressed solidarity with the workers of Bangladesh, where more than 760 workers were killed after Rana Plaza, a nine-storey building housing five garment factories, collapsed last April 24.

KMU and Iohsad also opened “Litrato Obrero,” a photo exhibit dedicated to showing workers in their workplaces in order to promote an awareness of occupational health and safety among the public. 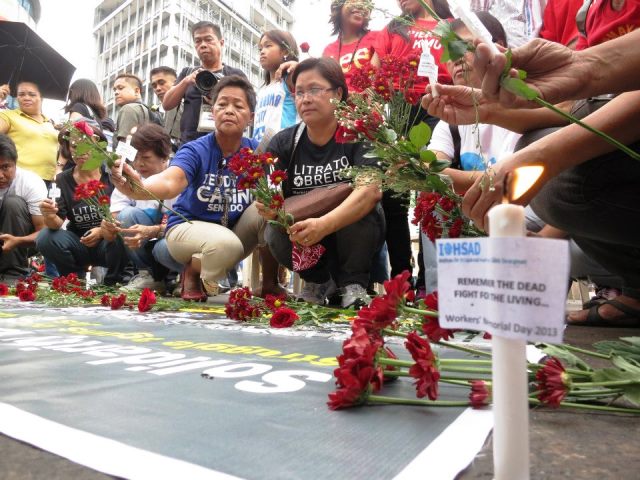 “We will continue to remember workers who died in their workplaces and in relation to their work. We will persist in calling for justice for our fellow workers and in condemning capitalists and governments responsible for their deaths,” said Nenita “Nitz” Gonzaga, KMU vice-chair for women’s affairs.

“One year after the Novo mall fire hogged the headlines of the country’s media outlets, the capitalists responsible for the workers’ deaths remain unpunished. The country’s justice system move at an exceedingly slow pace for workers, even in cases involving dead workers,” she said.

KMU said the low regard of capitalists to workers in both the Novo and Rana Plaza cases shows in the low wages and poor working conditions imposed on workers.

Novo workers were forced to work up to 12 to 14 hours a day for a daily wage of P160 (US$3.92). They were forced to stay overnight in the department store and were locked in to ensure they would not be able to steal anything. 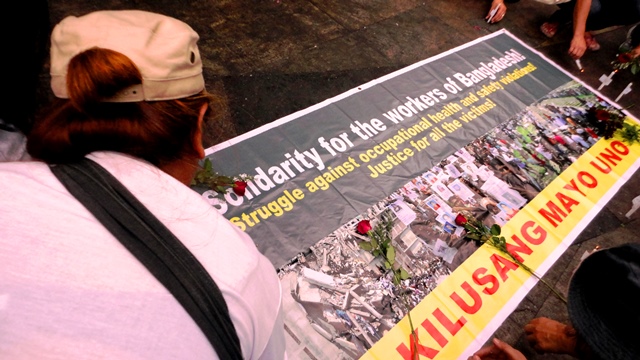 “The Philippines’ laws are very lenient towards capitalists who violate standards for health and safety in the workplace. The government, as embodied by the Labor department, avoids inspecting capitalists’ observance of workers’ health and safety,” Gonzaga said.