BAGUIO CITY – The ugly head of Baguio’s garbage problem stick out anew with more than 300 students, faculty members and non-teaching staff of the Philippine Science High School Cordillera Autonomous Region (CAR) campus in Irisan village complaining they are virtually within a garbage dump.

In specific times of the day, when classes are ongoing, truckloads upon truckloads of garbage are dumped less than 30 meters from the school. “It’s okay if they would get rid of the garbage every day but that is not the case,” Rotor said in Filipino. The site was supposedly a “staging area” only of Baguio’s garbage before it is brought to Capas, Tarlac.

“A solution is in the pipeline,” said engineer Romeo Concio of the General Services Office of the city, explaining that a chemical would be used to douse off the nauseating stench.

“But imagine an open dump site right beside a school?” Rotor said.

The virtual open dump, which the city government has been using as “transfer facility,” sits along the 3.7 hectare land appropriated by government via the education department for the school. 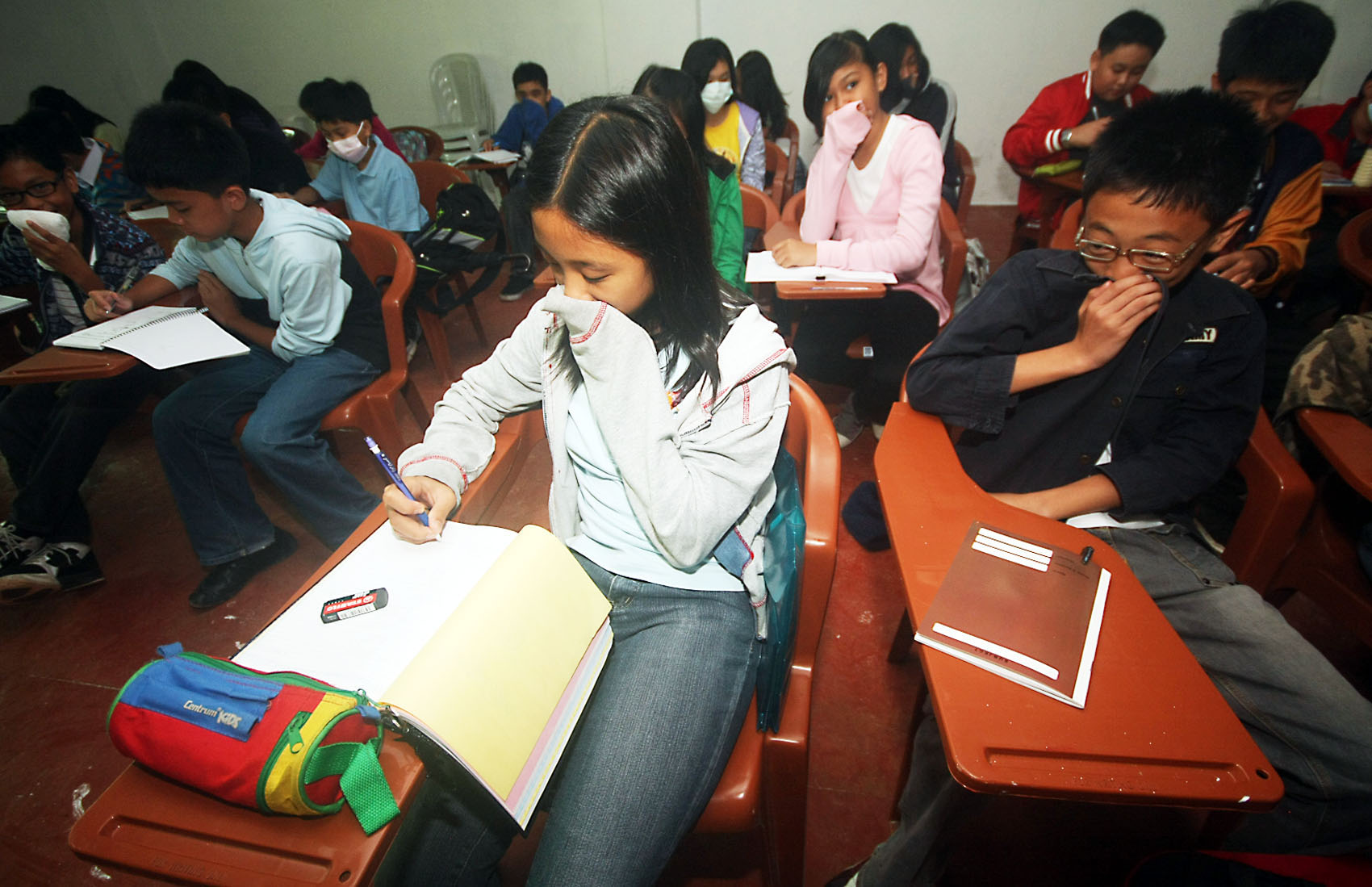 Students of the Philippine Science High School cover their noses to fend off the stench coming from the garbage dump.(Photo by Ace Alegre/ nordis.net)

Baguio City Mayor Mauricio Domogan, who pushed for the campus when he was still a member of the 13th Congress, is caught in the midst of the controversy as a proclamation clearly states that the allocated land is strictly for educational purposes.

“We already moved our classes opening from July 10 to July 17 to accommodate some adjustments like that of the foul smell that can affect the students and everyone,” Rotor said.

Two years ago, the P130-million environmental recycling facility was closed. Benguet villagers sued Baguio via a Writ of Kalikasan after six individuals were killed in a mammoth trash slide at the Irisan dump in August 2011.

During classes, students wore masks and some covered their noses to fend off the stinky smell.

Baguio churns out a minimum of 200 tons of garbage a day.