Women’s group says no to privatization of gov’t hospitals 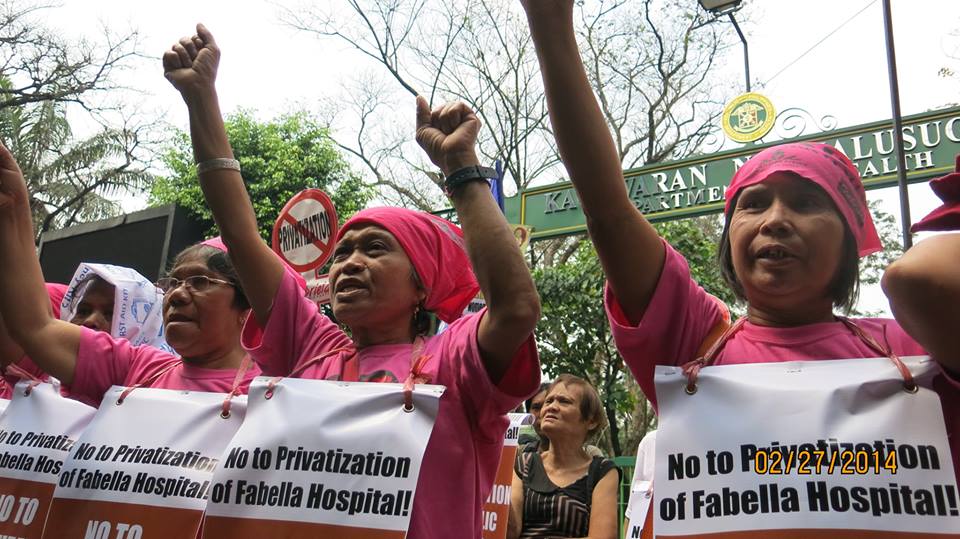 MANILA – Members of the Gabriela Women’s Party together with concerned mothers stormed the Department of Health (DOH) on Thursday, Feb. 27 to protest and expose the “deceitful moves” to privatize public hospitals beginning with the Dr. Jose Fabella Memorial Hospital through a joint circular issued by the Department of Finance, the National Economic and Development Authority (NEDA), the Department of Budget and Management (DBM) and the DOH. 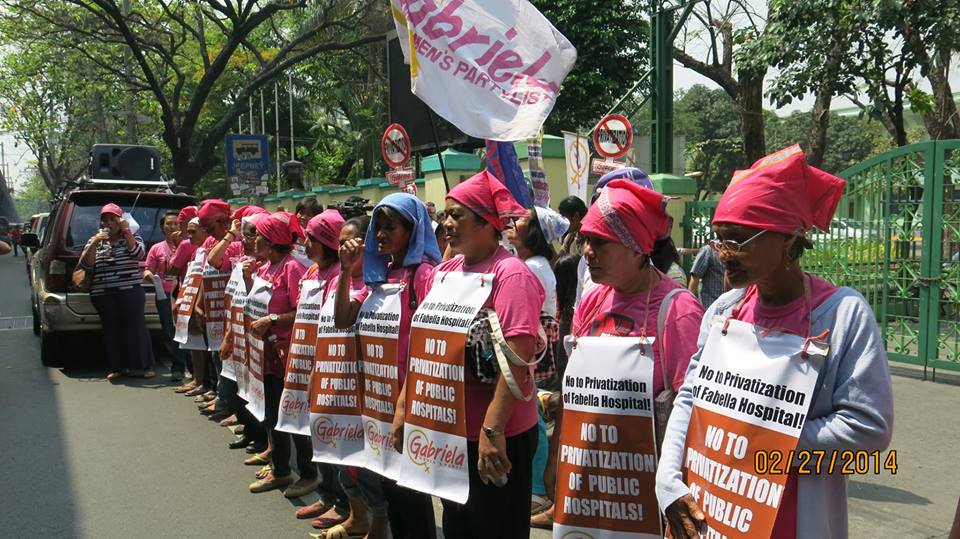 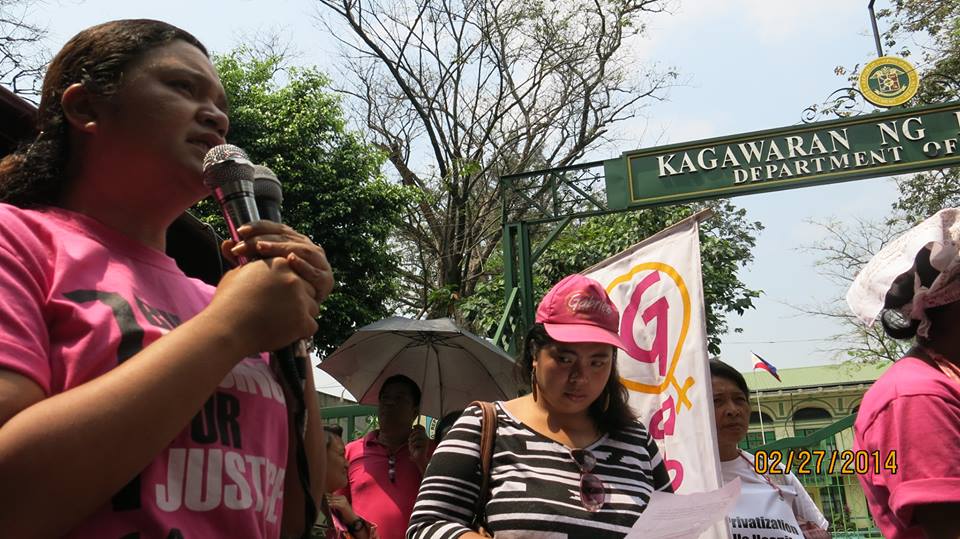 According to GWP secretary general Lana Linaban, their protest action is also in solidarity with the workers and patients who held a vigil in front of the Supreme Court as they await for the issuance of a Temporary Restraining Order on the “modernization project” of the Philippine Orthopedic Center (POC).

“The PPP-driven Aquino Health Agenda is a deadly policy following the dictates of foreign and local big businesses without any regard for the dire situation of Filipino families weighed down by landlessness, joblessness, low wages and relentless increases in the price of services and basic commodities,” Linaban said.