‘Nanay Mameng’ and the struggle of the Filipino people

A play about the life and struggles of Nanay Mameng and the urban poor.

MANILA –”Nanay Mameng, isang dula” a play on the life of urban poor activist Carmen Deunida, was staged at the Polytechnic University of the Philippines’ College of Mass Communication last Mar. 21, 2014.

The play opens with a scene that shows the everyday life in an urban poor community — a sari-sari store and its regular customers, a family pushing a cart, residents doing their laundry, among others. Here, they talked about political and social issues that affect them. 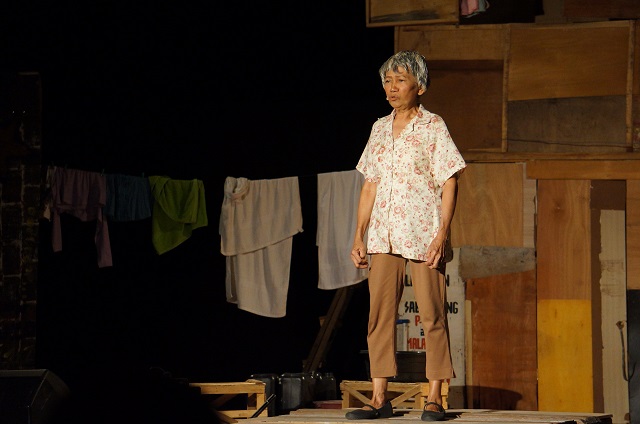 More than just the life of Deunida, the play depicted the struggle of the Filipino people and how it shaped her life.

Deunida became an activist at the age of 50, making her the oldest member of Kabataan para sa Demokrasya at Nasyunalismo, a youth group at the time of the Marcos dictatorship.

She was president of the Samahan ng Maralitang Kababaihang Nagkakaisa. She was also active during the first and second EDSA uprising.

Cast and the set

Theater actress Ermie Concepcion portrayed Deunida in the play. She was able capture Deunida’s glee and pain, whether it was about her personal life or her involvement in the people’s movement.

Concepcion showed how Deunida battled with her personal problems such as being a victim of domestic violence.

Concepcion was able to show how Deunida provided hope to urban poor residents like Fuchia, played by Sheryll Ceasico, who are in despair due to their impoverished conditions and are sometimes pushed to the limit up to the point that they contemplate committing suicide.

But “Nanay Mameng, isang dula” also provided comic relief to its audience. After all, despite being known for her fiery speeches in protest actions, many activists and urban poor advocates who worked with Deunida would speak highly of her sense of humor. 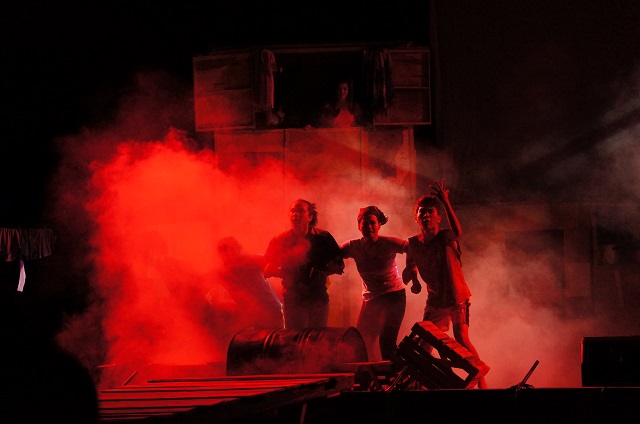 “Nanay Mameng, isang dula” also used the audio-visual media in extending the setting of the play beyond the stage. The videos used, such as news reports and clippings of demolitions from alternative media groups, were mixed well with the flow of the play’s story.

But like the old cliche “nobody’s perfect,” the play has some areas for improvement. This includes improving transition between several scenes and dealing with technical difficulties that were encountered during the play.

An hour and a half play cannot, of course, capture Deunida’s entire and rather colorful life. But it was enough to see how she poured her life and energy to the Filipino people’s struggle for change.

With Deunida’s contributions to the Filipino’s struggle for genuine change, “Nanay Mameng, isang dula” is definitely just among the many other forms of tribute to her. 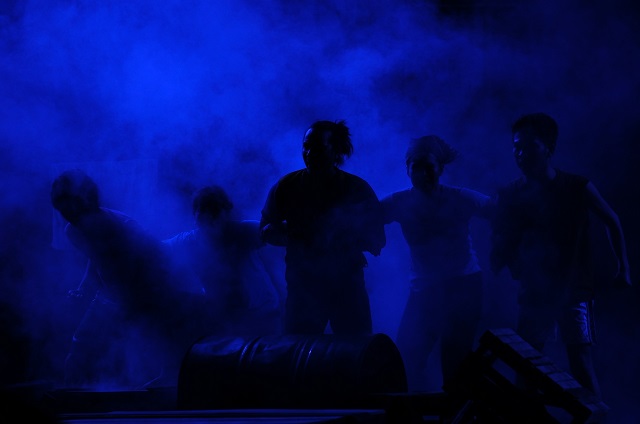 The play alone could spark and lead to more projects such as another play or film or documentary that focuses on specific parts of Deunida’s life.

But more than just depicting Deunida’s life, “Nanay Mameng, isang dula” portrayed the many faces of urban poor dwellers, who, for some people, are merely generalized as “squatters.”

The play showed the struggle of the Filipino people and how they continue to fight for genuine change. It raised questions on the lack of basic social services for the masses, the government’s preference to serve the vested interests of the ruling class and its fascist response when the poor resist its policies, which often include the demolition of their homes and displacement from their livelihoods.

In social media, there are people asking if Nanay Mameng, isang dula” would be restaged. But for this writer, the more pressing question is when and where. 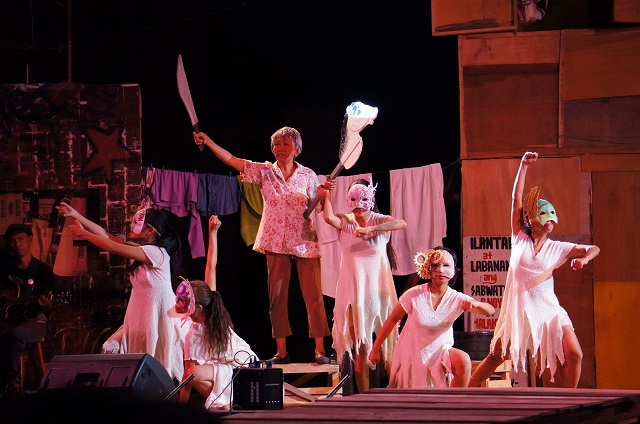 The play could be staged again before an urban poor community where residents could see themselves in characters portrayed and be empowered on the plight they respectively face in real life. It could also be restaged in schools and even in commercial theaters to enlighten and help the audience understand the plight that urban poor dwellers are facing.

“Nanay Mameng, isang dula” is a weapon against those who demonize the struggle of urban poor for their right to livelihood and housing. It showed how a seemingly harmless old woman became active in the progressive movement because of socio-economic conditions she is in. And how such conditions would continue to awaken and mobilize thousands more unless the country will have a government that truly serves the people.