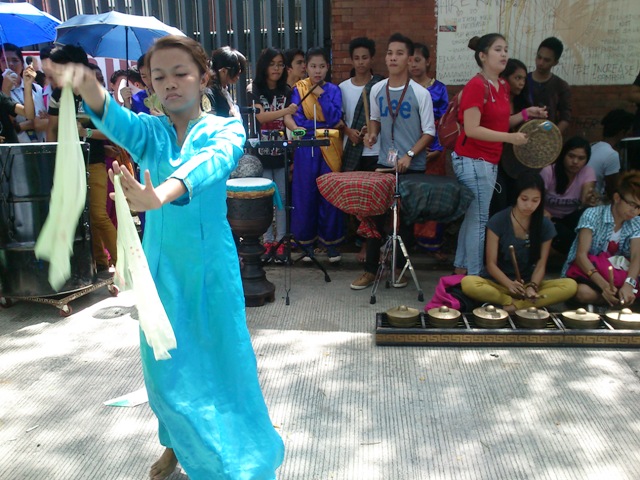 Dr. David Michael San Juan, Filipino professor of De La Salle University made the call in Filipino as he came out of the dialogue between the Commission on Higher Education (Ched) Technical Panel and the leaders of Tanggol Wika on July 11, Friday.

Tanggol Wika, to which San Juan belongs, is an alliance of students and Filipino professors from different universities opposing the removal of Filipino subject in the tertiary level. The recently-issued Ched Memorandum Order (CMO) No. 20, Series of 2013 aims to remove Filipino as a subject to be taught in college by 2016 as part of the new General Education Curriculum. 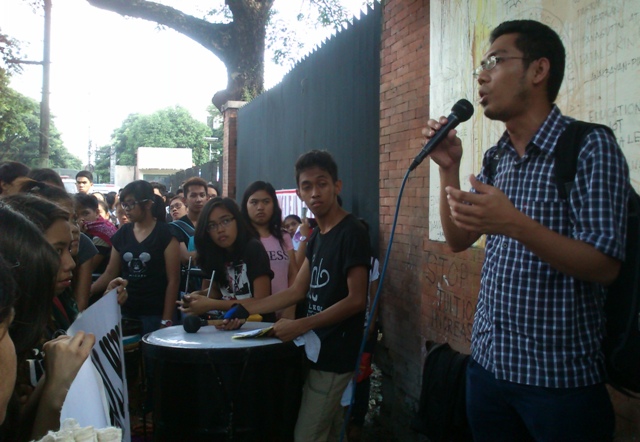 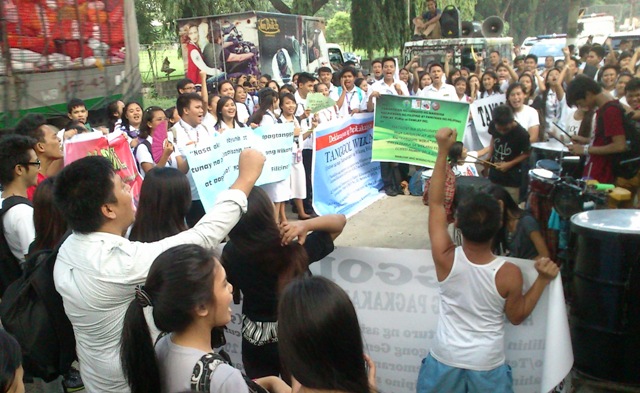 San Juan said the Ched still has not acted on their demand to retain the Filipino subject in the tertiary level. “The Technical Panel said that consultations with other stakeholders are still ongoing. They said they will make a decision in August.”

“The Ched told us to wait for their decision until all consultations with the stakeholders are through. But we will not just wait. Let us hold more protest action to strengthen our call!” said Marvin Lai, chairman of the Department of Filipinology in Polytechnic University of the Philippines (PUP). Lai spoke in front of agitated Filipino major students and professors at a picket outside the Ched office. The protesters carried banners calling for the review of the said memo.

Lai called on the students and professors to gather more signatures for their petition to retain Filipino subject in tertiary level. The petition has already gathered 20,000 signatures. 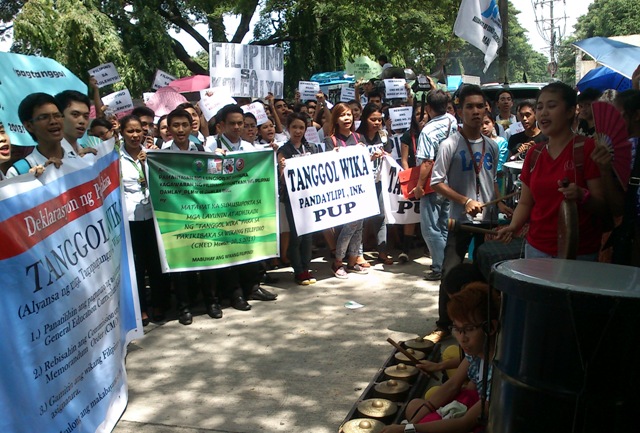 Tulos Baybay, a cultural group from PUP also performed during the program, where they danced wearing native costumes from Mindanao to the beat of ethnic music.

San Juan called on to the students and advocates to intensify the campaign and petition signing against the removal of the Filipino subject in tertiary level.

San Juan also said they will also have a dialogue with Malacañang on July 17. A cultural protest, which they also declared as national day of protest, is scheduled on July 25.

“Today is a historic day because the youth and students came out of their school, and into the streets to fight for their Filipino identity, and to resist the abolition of Filipino as a college subject ,” Filipino professor Marvin Ariolla of PUP said in Filipino.

“We need to link up arms and let our voices be heard. Let us be critical and act together for a language that is truly free,” Ferdinand Bondame, another PUP Filipino professor said in Filipino.#