We find it difficult to understand why President Benigno Simeon Aquino III, in his latest national address on primetime mass media, continues to rabidly defend the Disbursement Acceleration Program (DAP).

The controversial presidential pork barrel fund, masterminded by Budget Sec. Butch Abad and BS Aquino himself, was declared unconstitutional by the Supreme Court July 1. Aquino’s tirade on national television two weeks later was a declaration of cold war against the SC, threatening the justices with impeachment.

But the inescapable conclusion is that there is culpable violation of the constitution in the DAP’s implementation. BS Aquino knowingly, deliberately, and repeatedly usurped the Congress’ power of the purse through malversation of funds toward clearly political ends.

A striking example of the DAP in bad faith is how it operationalized the Jalaur River Multi-Purpose Project Phase II (JRMPP) in Iloilo.

The P11.2-billion mega dam project is a pet project of Senate President Franklin Drilon that promises the delivery of electricity, irrigation, and water supply services to far-flung areas in Iloilo.

Critics have pointed out that the benefits of the project can be achieved through smaller projects at less environmental and social cost. But what exactly is the price the people have to pay if the Jalaur Dam pushes through?

In a ‘Writ of Kalikasan’ petition granted by the SC in November last year, it was noted that around 17,000 indigenous Tumanduk people or around 600 communities will be displaced from their ancestral lands and agricultural livelihood by the projected flooding impacts of the dam.

An environmental investigative mission (EIM) conducted by the Advocates of Science & Technology for the People (AGHAM) last September 2012 revealed that there are observed geological risks in the area where the dam’s major structures will be built, affecting its structural integrity.

The EIM’s biodiversity assessment noted at least 85 different plant species that will be flooded by the dam. At least 35 of these plant species are economically important, providing agricultural products for farmers in the area.

Fifteen of these plants are used for food consumption and 19 for therapeutic purposes. The rest have insecticidal properties while others are identified by the Tumandoks as giving balance to the ecosystem.

Threatened wildlife include the Visayan writh-billed hornbill, the red-vented cockatoo, and the Visayan warty pig, all three classified as critically endangered.

These risks should have been clearly identified and addressed by the proponents from the start, but big funding still came its way early on. A December 12, 2011 memorandum by the Department of Budget Management requested an initial P450 million for the project through DAP.

Ignorance cannot be an excuse, as a feasibility study report by the National Irrigation Administration (NIA) passed in November 2011to the project’s financier, the Korean Export-Import Bank, already warned that indigenous communities would be submerged.

The Korean Exim Bank will loan a hefty P9 billion to the project. The Aquino government’s total counterpart fund is P2.24 billion, all of which will come from DAP and possibly other pork barrel funds since the Jalaur Dam is not in the national budget.

Thus we see how DAP-driven corruption is deliberately and inextricably linked to social and economic dislocation, and even environmental destruction and ethnocide. That is bad faith. BS Aquino, Abad, and all other perpetrators of pork barrel in all its forms should be held to account for this wanton betrayal of public trust. 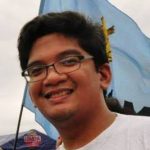 Leon Dulce is the current campaign coordinator of the Kalikasan People’s Network for the Environment (Kalikasan PNE).