Rodelio “Dondon” Lanuza may have escaped death in Saudia Arabia, but ten months later, he continues to grapple with the challenges of life in the Philippines.

The overseas Filipino worker was on death row for killing in self defense Mohamad Al-Qahtani, an Arab national. The family forgave Lanuza after being paid blood money amounting to 3 million Saudi riyals (US $799, 893.36). Saudi King Abdullah shouldered 76.6 percent of the blood money amounting to $613,276.12. The Philippine government gave almost $130,000 contribution or 16.25 percent of the total amount and the rest came from donations from other supporters.

“I had mixed emotions,” Lanuza told Bulatlat.com of that fateful day in an interview July 14. He was happy to be released after spending 13 years in prison. At the same time, he was sad to leave other Filipinos prisoners there. He was also anxious about the life that awaited him back in the Philippines. It was the first time he would be meeting in person his newfound love that he got to know online while he was campaigning for his release. Dondon’s parents are in the United States. 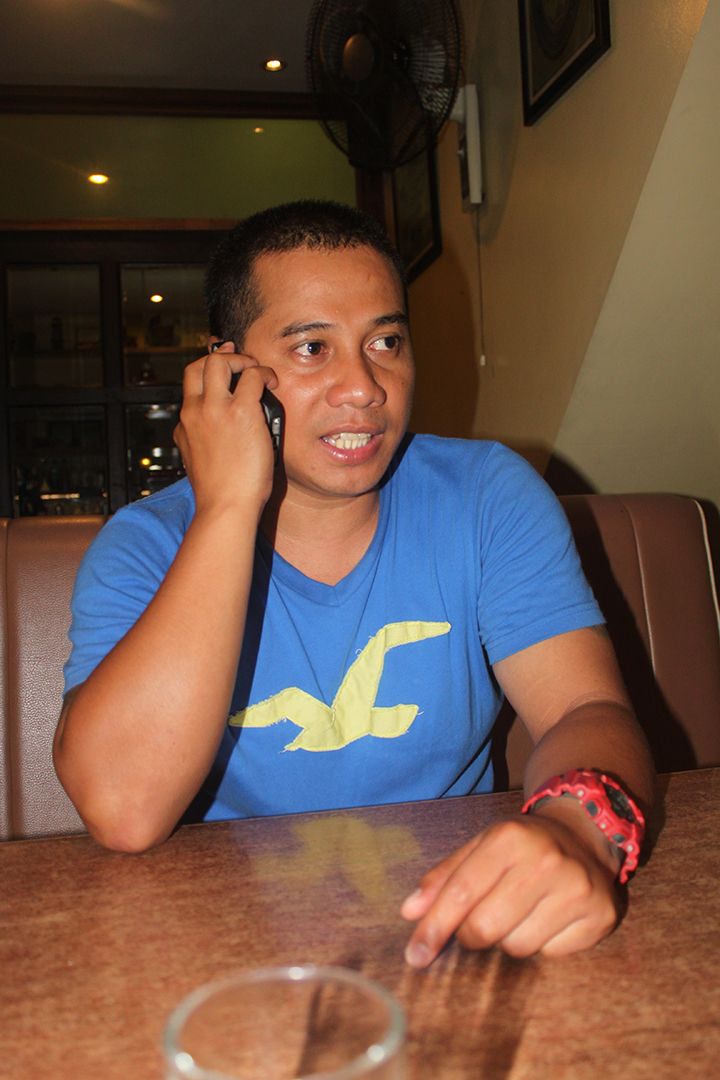 When he arrived at the Ninoy Aquino International Airport, officials of the Department of Foreign Affairs were there to welcome him. The media covered his homecoming. The politicians all said they were happy about his being saved from the death row.

After the limelight, darkness set in. Lanuza may have escaped death in Saudia Arabia, but ten months later, he continues to grapple with the challenges of life in the Philippines. He said he is having difficulties adjusting to his new life.

“I am too young to retire and too old to start anew,” the 39-year-old Lanuza said as he lit a cigarette. He agreed to be interviewed at a café in Marikina City.

Lanuza was expecting that the Philippine government would help him make a fresh start. What he received was a pittance.

The Overseas Workers Welfare Administration (OWWA) gave Lanuza P10,000 ($229.20) to start a livelihood. The amount, he said, was not enough to start even a small business.

Ma. Teresa Capa, chief of the program services division of the OWWA-National Capital Region, confirmed, in an interview, that her office gave Lanuza P10,000 last July 25. Capa said the OWWA gave Lanuza special consideration despite the latter not being a member of the OWWA due to his long period of detention. Capa explained that OWWA membership is valid for two years and overseas Filipino workers with extended contracts must renew their membership every year.

The P10,000 cash assistance used to be part of the national reintegration program of OWWA and the Department of Labor and Employment (DOLE). Capa said this was discontinued since 2013. Other components of the program include entrepreneurship skills trainings and loans ranging from P300,000 ($6.876.01) to P2 million ($45,840.08). The loan has a fixed interest rate of 7.5 percent a year and must be repaid within seven years.

Nevertheless, Capa said the agency offered Lanuza the entrepreneurship skills training but the latter did not go back to the agency to avail of the program.

Manila Mayor Joseph Estrada provided him free medical checkup at one of the public hospitals in Manila. A woman senator gave him P5,000 ($114.60) cash and P5,000 ($114.60) worth of groceries. The Department of Social Welfare and Development (DSWD) offered him P1,500 ($34.38) which he refused. Shaking his head, Lanuza said the amount was insulting for him.

Lanuza did not avail of the loan and said that what he wants is a decent job. Even though his case had been high-profile, his criminal record has rendered his chances of finding a good job very slim.

Lanuza tried his luck as a sales agent for a real estate company. After several months, however, he was unable to sell even one condominium unit.

After months of job-hunting, a distant relative hired him as a draftsman in Tagaytay. Lanuza finds it difficult to make ends meet on minimum wage of P466 ($10.69) a day. He has to pay for rent, food, water, electricity and other bills. Every weekend he travels home to his wife in Marikina City leaving him nothing left for savings. “I could not even afford to get sick; I would have no money to buy medicines,” he said as he sipped his black coffee.

Ironically, Lanuza says he earned more money while in prison in Saudi Arabia. The income he received from carpentry and laundry work was enough to provide for other basic needs.

“Sometimes, I wish I could switch off with Zapanta,” he said, smirking. He was referring to Joselito Zapanta, an overseas Filipino worker on death row whom he met in prison. Lanuza said he thinks Zapanta, who is raising blood money to be saved from the death sentence, is better off than him.

Lanuza admitted he sometimes finds himself crying out of self-pity. Poverty compelled him to leave his country at a young age of 25, and it is the very same thing he struggles with these days.

“I have suffered 13 years in detention. Why is it that I am still suffering until now?” he asked.

Lanuza said he has yet to fulfill his promise of helping other overseas Filipino workers in distress. He said he has to face his own problems first.

Nearly a year after he walked out of the Dammam prison, Lanuza says, he still does not consider himself genuinely free.