“While it can take a long time for rebuilding to occur, the emotional impacts can take even longer to resolve, especially for children.”

MANILA – Filipinos pride themselves for being resilient despite meeting with one disaster after another. But in the case of Typhoon Yolanda (International name Haiyan), survivors who say they are used to 20 plus typhoons in a year admitted that this one is something else. They were unprepared for this. They heard about but know not what to expect or how to prepare for “storm surges.”

Leaders of People Surge, an alliance of typhoon survivors who trooped to Manila on the 100th day, and again on the sixth month after Haiyan’s lashing, to share the real state of relief and rehabilitation (or the lack of it) in the devastated areas, are evidently hardy folks who are used to hard work, poverty and trials. But their voices still break whenever they recall their neighbors who died or disappeared after Yolanda.

If these were the typhoon’s effect on adults, how about on children? 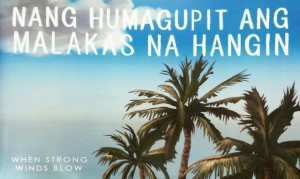 Teenager Luke Thomley, a volunteer with Headwaters Relief since the age of 7, and his grandmother, Marya Hage, a licensed psychologist and seasoned Red Cross mental health disaster respondent, released a book last week with the children affected by typhoons in mind. They came up with this book because they felt a strong need for the children of the Philippines to understand more about their feelings after Typhoon Haiyan, they told Bulatlat.com in an interview.

Luke’s mom, Dr. Rebecca Thomley, is the founder of Headwaters Relief and she had told Luke and Marya about her experiences doing relief work in the Philippines. Luke and Marya then became anxious to provide help, and so they came up with this book.

The children’s book When Strong Winds Blow is illustrated, colored, and written in Tagalog with English translations. It is the second in the group’s series of children’s books designed to help children better understand and handle their feelings after natural disasters. The first book in the series is When Haiti Shakes, a similar book for children who survived the earthquake in Haiti.

“While it can take a long time for rebuilding to occur, the emotional impacts can take even longer to resolve, especially for children,” said Marya Hage. “After disasters, children are often the most affected. This book will help these kids better understand their feelings, and learn how to prepare should another disaster strike,” she said.

Headwater Relief Organization representatives distributed copies of the book to 21 classes in Tacloban in two days recently. They told Bulatlat.com that they were invited also to the house of Mayor Alfred Romualdez, nephew of former First Lady Imelda Romualdez (Marcos), for dinner, and there he shared his story when Haiyan struck.

“We shared the book with him as well. The government took us to other schools to present our book on this trip,” said Dr Dr. Rebecca Thomley. 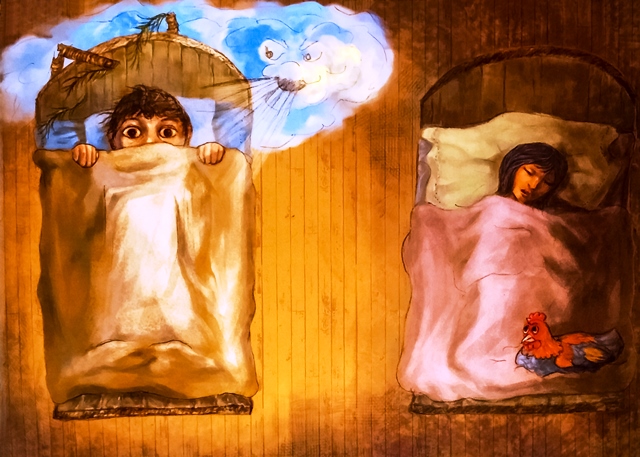 On this trip, they read the book with the children and then met with the teachers to show them how to use the book. “Something that we found through this was that it also became a tool for the teachers to process through their own trauma of the storm,” Thomley said.

During these readings with schoolkids in Tacloban schools, Thomley noticed the kids “liked the pictures and were able to identify some of the same responses and emotions with their own experience. They responded well to the discussion afterwards on how to prepare for future storms.”

They noted also that the school children were able to use self-expression through the use of drawing after reading the book, When Strong Winds Blow. “It helped normalize their responses and they responded well hearing that it was written by a child.”

There are also sections meant to aid teachers in identifying what a child might exhibit and how to help cope with it. The authors aim to help empower the teachers to help others and also help the children process.

Asked if they found some obvious mental or psychological baggage among Haiyan survivors, which may need more attention and treatment, Thomley said “It does not seem as though survivors have talked much about the trauma they experienced, or (if they have) ongoing issues with post-traumatic stress due to the storm. The book really helped with that need to discuss their feelings and issues. “

On November 8, 2013 Typhoon Haiyan struck Southeast Asia creating widespread devastation and taking more than 6,000 lives as per official figures. Estimates that take into account those missing up to now claim the dead may number up to 18,000. The Philippines was among the hardest area to be hit by the super typhoon, currently the strongest storm ever recorded on land. The United Nations estimates that more than 11 million people have been affected by Typhoon Haiyan, many of them children.