In The Hague, thousands join global action against ISIS 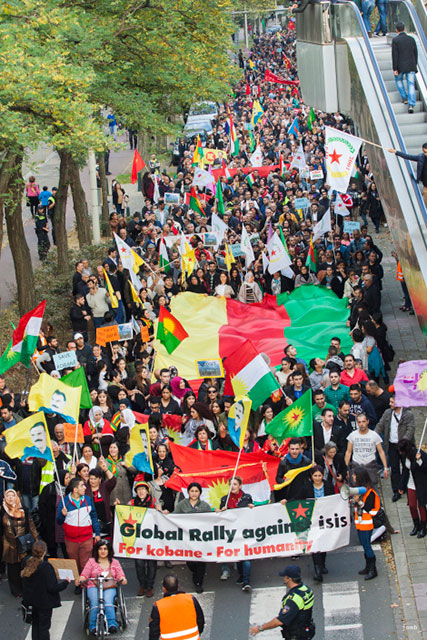 The HAGUE, the Netherlands– Thousands of supporters marched through the streets of The Hague, Nov. 1, to show their solidarity with the people of Kobanê, a Kurdish city in Syria which is under attack by the ISIS for over a month now. 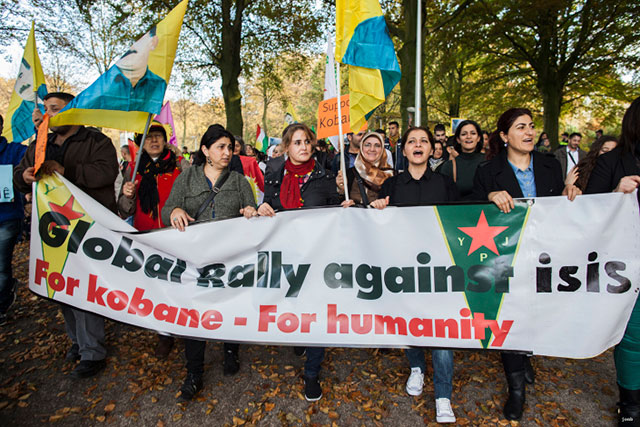 The protesters from various organisations and nationalities (Kurdish, Armenian, Turkish, Arabs) expressed their support with the Kurdish freedom fighters defending the city against what they called barbaric attacks by the ISIS. They also accused the Turkish and US governments as well as other countries in the region as terrorists for supporting the ISIS in terms of logistics, weapons and finance. 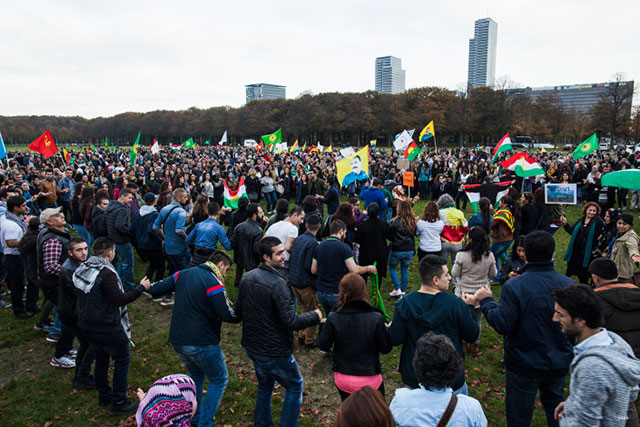 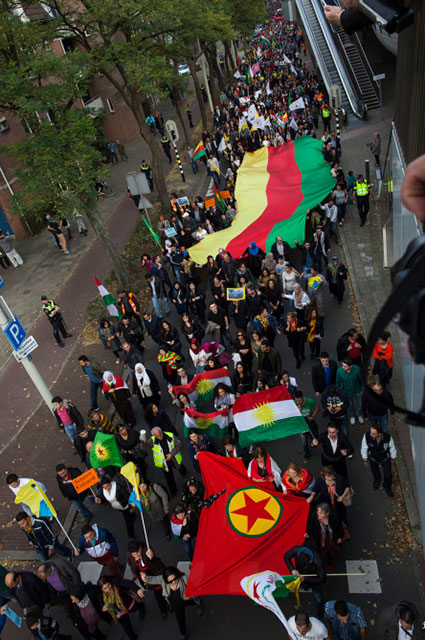 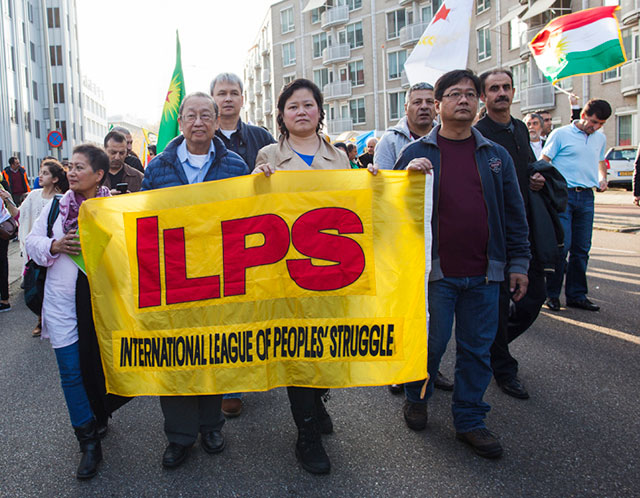 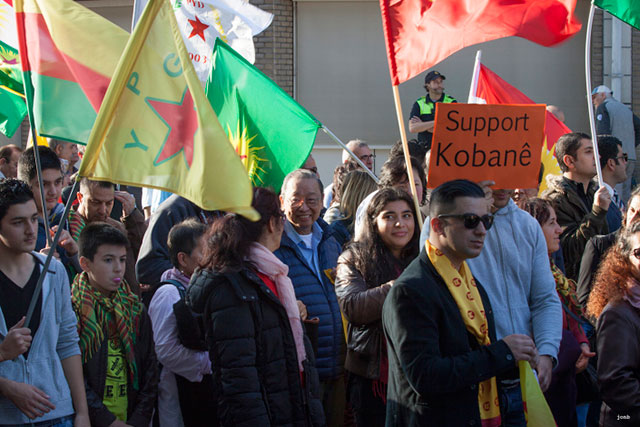 The protest is part of the Global Day of Action to defend Kobanê.

Text and photos by JON BUSTAMANTE