‘One Billion Rising for Revolution’ launched

“We want a long-term solution. We want change. We want revolution”

MANILA – Women are no longer just demanding justice, they are now calling for a revolution.
The global campaign One Billion Rising levels up from the previous year’s call for justice for victims of violence.

For the third leg of the global campaign and promotion of justice and gender equality for women, One Billion Rising 2015 aims to show that perpetrators must be held accountable for violence and injustice that womenswear experience every day. “It demands change and thus, revolution,” the campaign said.

The One Billion Rising for Revolution (OBR Revolution) was launched on Dec. 22 at the Manuel A. Roxas High School in Quezon City where Gabriela chapters also held their yearend gathering with the theme, “Sa Hirap at Ginhawa, sa Pasko Sama-sama (In hardship and in comfort, we’re together for Christmas).” 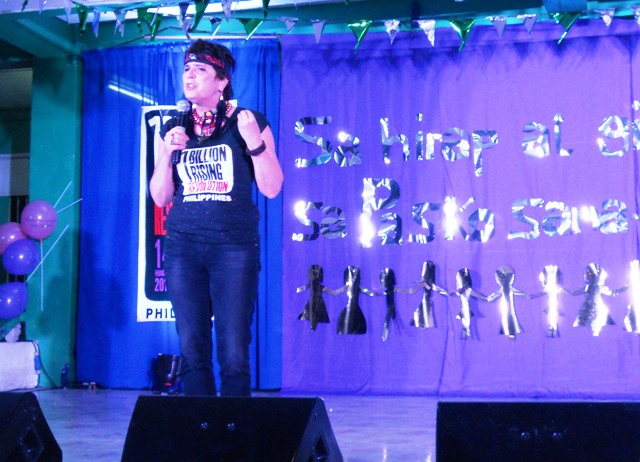 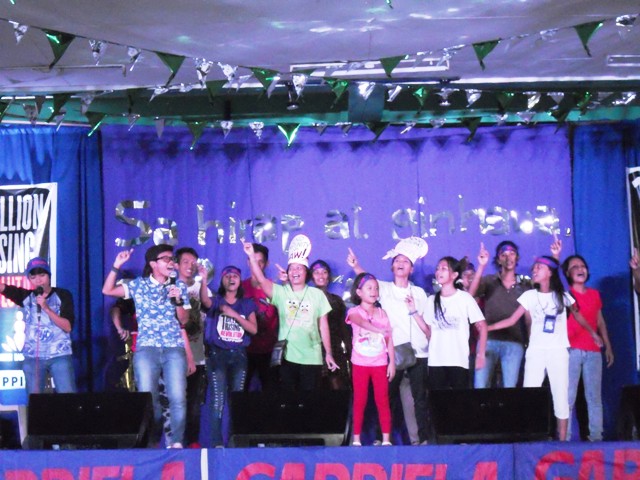 Playwright and internationally renowned author Eve Ensler graced the launching of the OBR for Revolution and also served as judge for Gabriela’s fifth Battle of the Champions where chapters performed.

The women of Gabriela together with the global director of One Billion Rising, theater actress Monique Wilson and Ensler, the woman who created One Billion Rising global protest campaign, danced to the beat of the OBR Revolution’s new theme song for 2015 entitled, “Bangon sa Rebolusyon” (Rise for Revolution) which was composed by Thyro Alfaro and Jeff Arcilla of the multi-awarded and world-renowned agency DM9JaymeSyfu.

Ensler is the founder of V-Day, the global movement to end violence against women and girls, which has raised more than $90 million for local groups and activists, and inspired the global action One Billion Rising. Among her works include, The Vagina Monologues, The Good Body, Insecure at Last, and I Am an Emotional Creature.

Overwhelmed by the women’s energy, Ensler said, “I stand here with you tonight in complete awe as I saw how you stand as one.” 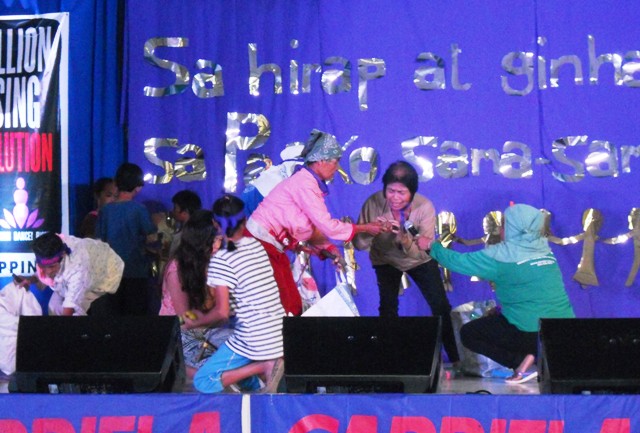 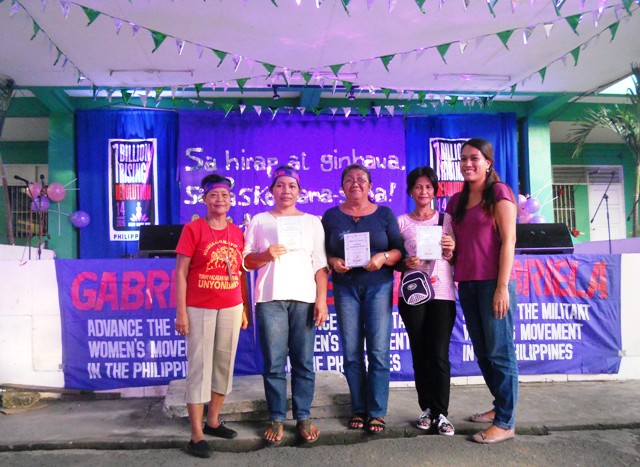 “I thank all the amazing people that invited me here in the Philippines,” she added.
She said no person on this earth should be living in garbage, poverty, living with no food, no education and no health care. “This is outrageous!”

“I stand in total solidarity for you here, 100 percent,” said Ensler. “I came from India and there are thousands of people who are also rising, as they are in Taiwan, Singapore, in the US… We have to power now and take back this planet because it belongs to all of us!”

Wilson, meanwhile also thanked Ensler for coming to the event. “I’m so happy that Eve is with us tonight. I have been telling her stories about you (women movement) and about the political education I learned from you. Without you, I will not be awakened to what is happening in our country.”

Ensler said the OBR Revolution is “overthrowing a state of mind, a paradigm we are living in – hierarchy, dominance, a few profiteering off all the goods and the rest having nothing.” 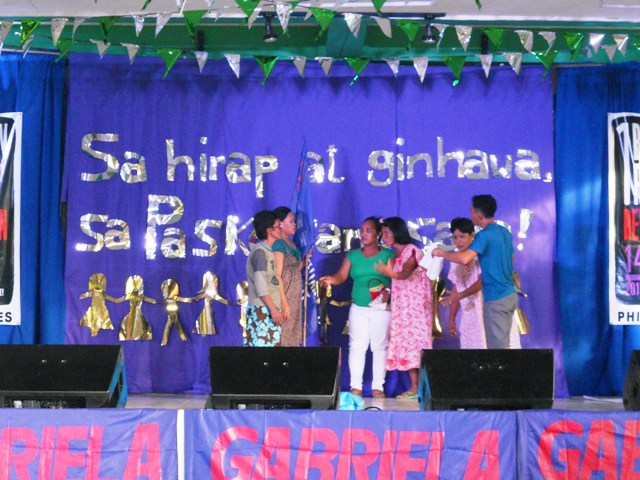 Taking off from the OBR 2015, Gabriela, will launch a campaign against joblessness and poverty. “We want a long-term solution. We want national industries to generate jobs. We want land reform for the peasants. We want change. We want revolution!” Joms Salvador, secretary general of Gabriela said.