A public health workers’ union has been pushing for a collective negotiation agreement and union recognition since 2004.

Related story | The cost of fighting for what is right

MANILA – They were supported by the employees and accredited by the government, but they have been snubbed by management. It has been 10 years, and counting, and they are not about to give up.

The Philippine Children’s Medical Center (PCMC) Employees Association-Alliance of Health Workers (PCMCEA-AHW) has been fighting to be acknowledged as representative of the rank and file employees of the PCMC, the biggest public, tertiary hospital specializing in children’s health care in the country.

Mariel Macabulos, acting president of the PCMCEA-AHW, said they were duly accredited, recognized and certified by the Civil Service Commission on December 1, 2004.

Their proposed Collective Negotiation Agreement (CNA) and Ground Rules in the conduct of negotiations were submitted to then PCMC Executive Director Dr. Lillian Lee on July 1, 2005. But no negotiation has taken place up to now. 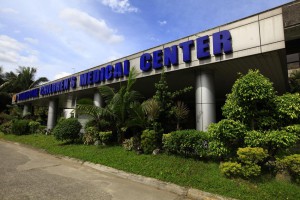 The PCMCEA-AHW was formed on October 20, 1992, but became inactive through the years also because of the harassment against the officers of the union. “The former president of PCMCEA-AHW, Buenaventura Censon was demoted,” said Robert Mendoza, who was the elected president of the PCMCAE-AHW in 2003.

On July 17, 2003, at the face of issues besetting health workers and employees of PCMC, the officers of PCMCEA-AHW has filed an accreditation at the Civil Service Commission and a union Samahan ng mga Kawani sa PCMC (SK-PCMC) which is perceived to be a management union suddenly came into picture.

“As part of the process of the accreditation of the union, the CSC posted in the vicinity of PCMC that the PCMCEA-AHW has filed an accreditation as the representative of the rank and file employees. It was then that the SK-PCMC was created,” Macabulos said in an interview with Bulatlat.com.

The SK-PCMC has filed an opposition at the CSC on the accreditation of the PCMCEA-AHW. It claimed that employees have withdrawn their signatures in the filed petition for accreditation to make it appear that the union did not have the support of the majority of the employees.

In an Order dated November 16, 2004, the Personnel Relations Office of the CSC dismissed for lack of merit the opposition of SK-PCMC and through Resolution No. 041348, the CSC granted the accreditation of PCMCEA-AHW in December 2004.

Macabulos also said their group campaigned for the release of their cost of living allowance (Cola) and hazard pay, which had been withheld by management. The benefit was eventually released.

“We fought for our benefits during that time. The employees knew then, that we are fighting for the employees’ welfare,” Macabulos said.

The Public Sector Labor-Management Council (PSLMC) has found the PCMC management guilty of committing unfair labor practice in 2013. The decision came after eight years of struggle by the employees’ group.

From July 2005 when the PCMCEA-AHW submitted its proposed CNA, the PCMC management continued to ignore it until Lee retired from his post on Sept. 20, 2005. The employees’ association once again submitted their proposed CNA to the officer-in-charge, Dr. Zenaida Antonio. But no negotiation took place until Antonio was replaced.

On Aug. 22, 2006, the union once again submitted their proposed CNA to the new appointed PCMC Executive Director Dr. Julius Lecciones. Still, there was no response.

On Oct. 22, 2008 PCMCAE-AHW then filed a complaint at the Office of the Ombudsman against Lecciones and Jara Corazon Ehera, Executive Director and Deputy Director for Hospital Support Services, for unfair labor practice, dishonesty, gross neglect of duty and grave misconduct.

On Jan. 28, 2009, the Ombudsman dismissed their case saying it does not have jurisdiction. The Ombudsman then forwarded the complaint to the PSLMC through the CSC-Personnel Relations Office (CSC-PRO).

On Feb. 4, 2010, the CSC-PRO issued an order for Lecciones and Ehera to submit their comments and documents regarding the case filed against them. Three years have passed, on Dec. 19, 2013, the PSLMC has found the PCMC management guilty of unfair labor practice.

In its Decision No. 19, series of 2013 dated Dec. 19, 2013, PSLMC said PCMC Director Lecciones and Ehera were found to have “committed acts of interfering with, restraining, or coercing members of PCMCEA-AHW from exercising their rights to self-organization and refusing to collectively negotiate.”

“Accordingly, Dr. Lecciones and Ehera shall be held administratively liable for Conduct Prejudicial to the Best Interest of the Service such as other administrative offences as may be warranted pursuant to the last paragraph of Section 2, Rule XVI of the said Rules and Regulations,” the decision read.

Lecciones and Ehera filed a Motion for Reconsideration on Jan. 9, 2014 but it was dismissed due to lack of merit on Oct. 7, 2014 through another PSLMC Resolution No. 17 series of 2014.

Macabulos said that they learned that the two PCMC officials has appealed its case at the Court of Appeals.

“The management did not really want to negotiate with us. They refused to recognize the PCMCEA-AHW as representative of the employees because they saw how determined we are when it comes to employees’ welfare,” said Mendoza who is now the current secretary general of the AHW, the widest alliance of government health workers and health professionals in the country.

Mendoza was dismissed from work in 2010. Before that, he said several other fabricated charges were filed against him when they actively campaigned against then President Gloria Macapagal Arroyo and against repression by the hospital management.

“Through the help of Legal Counsel of AHW and Pro-Labor, two of the five cases against me were dismissed,” said Mendoza.

Mendoza also added, “The management does not want to recognize the union because they are preventing the employees’ representative to become members of all committees in the hospital – such as grievance committee and selection and promotion committee.”

Mendoza and Macabulos still stand that the PCMCEA-AHW is the sole and exclusive representative of the employees, even if they have tried to discredit them and buy out the employees