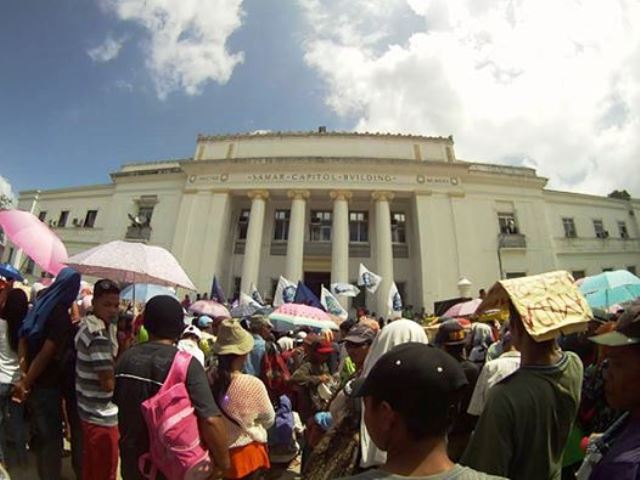 Members of People Surge alliance of typhoon survivors stormed the Provincial Capitol of Western Samar today to demand the implementation of relief and rehabilitation program that, as of today, is already considered overdue for them. After typhoon Yolanda, the people of Western Samar were next battered by typhoons Ruby and Seniang, which killed at least 23 people.

According to People Surge, the provincial administration led by the Tan family “has been boasting of programs” but they said these have yet to be felt by the people. Samar governor Sharee Ann Tan is the reelected Governor of the province; her mother, Milagrosa “Mila” Tan, is currently Congresswoman of 2nd District of Samar; and her brother Stephen James “Jimboy” Tan, is her Vice-Governor.

After three hours of conducting their picket at the Capitol grounds, People Surge reported in its social networking account that not even a representative of Tan came out to face them.