Int’l tribunal to try Aquino and Obama for rights violations 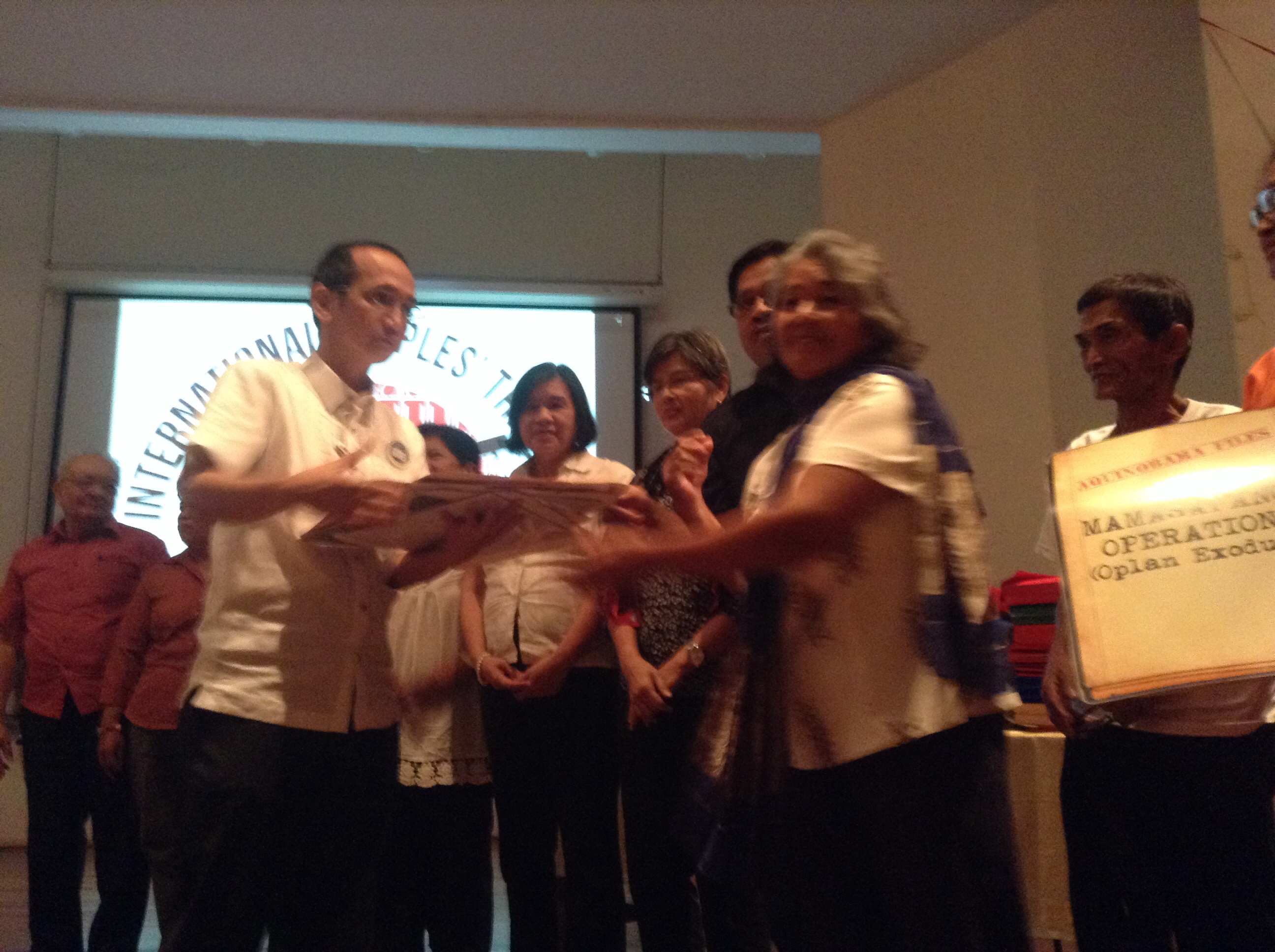 “People’s tribunals have had success in directing international attention to grave abuses of human rights in various countries including the Philippines during Marcos and Arroyo regimes.”

MANILA – International and local rights groups announced, March 12 in a press conference at UP Diliman, that an international tribunal would look into the human rights violations of President Benigno Aquino III and US President Barack Obama against the Filipino people.

The International People’s Tribunal (IPT) will be held in Washington DC on July 16 to 18.

Cristina Palabay, one of the complainants, said not all cases of human rights violations would be brought before the IPT but hoped that these would somehow represent the dire human rights situation in the country under President Aquino.

Cases that would be filed against Aquino and Obama range from violations of civil-political rights, socio-economic rights, and right to self-determination. These would include extrajudicial killings, enforced disappearances, violent dispersals, violations of International Humanitarian Law, demolition of urban poor communities, landgrabbing, large-scale mining, union-busting, human trafficking and the criminal negligence on typhoon survivors.

Palabay added that the IPT will also look into one-sided military agreements such as the Visiting Forces, Enhanced Defense Cooperation Agreement and incidents such as the brutal killing of Jennifer Laude and the botched police operation in Mamasapano, Maguindanao.

High-profile cases of human rights violations committed under former President Gloria Macapagal-Arroyo would also be brought before the tribunal. This would include the disappearance of two UP students Sherlyn Cadapan and Karen Empeno, and Jonas Burgos and the detention and torture of Raymond Manalo, among others.

“We had high expectations from Aquino because he is the son of the so-called icon of democracy. But under him, perpetrators like (retired Army general Jovito) Palparan are being coddled. The injustice from the time my daughter was abducted continues until this very day,” Erlinda Cadapan, mother of Sherlyn, told Bulatlat.com.

During the program, families and victims of human rights violations symbolically handed to Edre Olalia, secretary general of the National Union of Peoples’ Lawyers and the tribunal’s clerk of court, their evidences, which would be submitted before the IPT.

There has been three international tribunals on the Philippines. Both former presidents Ferdinand Marcos and Gloria Macapagal-Arroyo were found guilty. The latter was found guilty twice in two separate tribunals in 2005 and 2007. 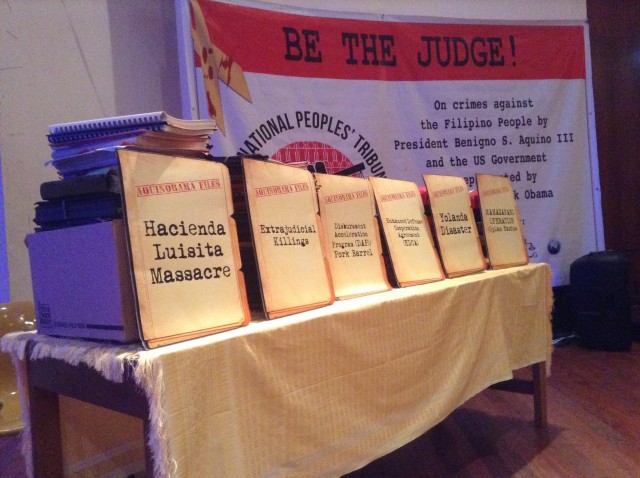 How will it work?

The IPT, said Olalia, is a “tribunal of conscience.”

Olalia said no participant will take more than one role in the duration of the two-day proceedings to ensure its credibility.

Participants in the tribunal include the convenors, plaintiffs, defendants, judges, jurors, prosecutors, defense lawyer and clerk of court.

“It will be more exciting if they will send a defense lawyer,” Olalia noted.

Documents and witnesses will be presented before the tribunal.

Asked on the usual criticism that IPTs are poltical in nature and should not be taken seriously, Jeanne Mirer, president of the International Association of Democratic Lawyers (IADL), belied it, saying that the tribunal on the Vietnam War helped shaped policies and opinions and, therefore, carries weight to it.

Azedeh Shansshahani, president of National Lawyers Guild in the US, for her part, said jurors who would be joining the tribunal are distinguished lawyers from different parts of the world.

While the verdict of the IPT may not be legally binding, Olalia said, it carries more weight due to its political and moral value. The tribunal, he added, will expose the limitations of traditional judicial venue to serve justice for victims of rights violations.

The verdict will “put on historical record the judgement of history,” said Olalia.

In a statement, the IPT will also look into the increasing US military presence and intervention in the country.

“The Mamasapano operation raises questions over the extent of the US military’s involvement in Philippine domestic security. Meanwhile, the Philippine government’s failure to assert jurisdiction over US marine Joseph Scott Pemberton for the murder of Jennifer Laude highlights how unequal ties between the US and the Philippines invite impunity,” Vanessa Lucas of the US-based National Guild of Lawyers said in a statement.

Lucas, via Skype, said the IPT should convince Americans to question their government for its funding of the Philippine Army, which is involved in systematic rights violations.

The botched police operation in Mamasapano, Maguindanao last Jan. 25 led to the killing of 44 elite police forces, 18 Moro fighters and several civilians. This has led to strong public outcry calling for Aquino’s resignation.

Rev. Canon Barry Naylor said in a video message that the tribunal will highlight the continuing human rights violations and the culture of impunity that emanates from the highest government post. Such situation, he said, perpetuates despite the fact that the Philippine government has long been put to task by international rights organizations such as Amnesty International and United Nations to look into its bloody human rights record.

Perpetrators of such rights violations, Naylor added, were never held accountable and appear to be enjoying the protection provided to them by the Philippine government.

“People’s tribunals have had success in directing international attention to grave abuses of human rights in various countries including the Philippines during Marcos and Arroyo regimes. The IPT draws inspiration and builds on the momentum of previous peoples’ tribunals to advance human rights and hold governments to account,” he said.

The verdict will be handed to various government agencies of the US government and before the United Nations.