MANILA — On the occasion of the 42nd founding anniversary of the National Democratic of the Philippines (NDF), members of its 14 allied underground organizations staged a lighting rally in Cubao, Quezon City, April 24. 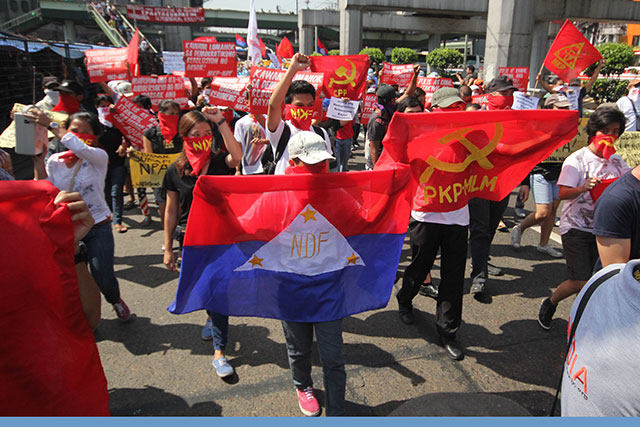 Their faces partially covered, the protesters called for the ouster of President Benigno Aquino III. In a statement, the NDFP member organisations said the Mamasapano tragedy is just the latest of the crimes committed by the US-backed Aquino regime. 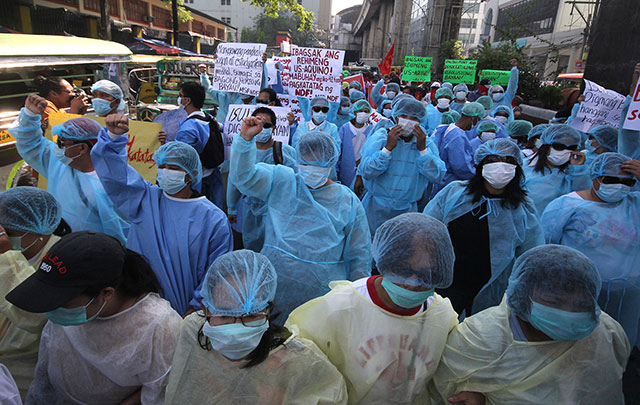 They called on the public to support the national democratic revolution. 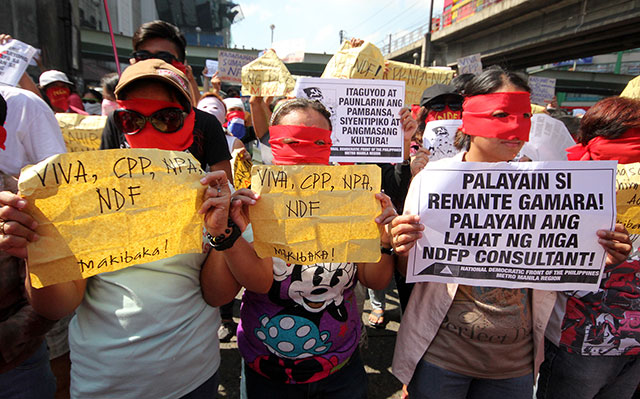