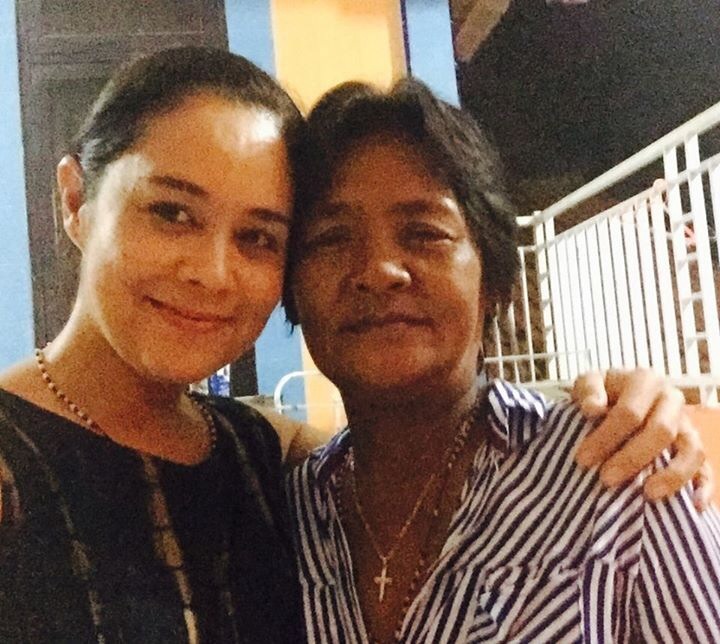 ‘Ingrate’ is a politically-charged word that was “historically used by the ruling class, by colonizers, by the frailes, the hacienderos and the landlords in order to insult and demonize the toiling masses, the peasants, for not bowing down to the ruling class elites for giving them scraps to live by.”

MANILA – Supporters of the family of Mary Jane Veloso defended them after the so-called outrage in the country’s social media sphere lambasted them as “ingrates” who deserve to die by firing squad for not expressing gratitude to President Aquino.

“What they don’t get is that you’ve been quiet for years. You now found your voice and powers-that-be and those conscious and unwitting supporters of the system that failed you wish you stay timid and quiet again,” netizen Aaron Ceradoy said in a Facebook post.

The issue stemmed from disagreements on who should get the credit for the last-minute temporary stay of Mary Jane’s execution.

The Department of Foreign Affairs said the stay in execution was “purely legal” and had nothing to do with the strong pressure from local and international community both on the Philippine and Indonesian governments.

Actress Monique Wilson, who is also the global director of One Billion Rising, posted a photo of her with Celia, mother of Mary Jane. Wilson flew to Indonesia and spent three days with the family leading up to the scheduled execution, which was eventually stayed. She said she was shocked by the lack of compassion, comprehension of fact and empathy of people who are hitting the Veloso family for speaking the truth.

“They have a right to their rage and to their pain, and a right to expose all the obstructions to justice caused by our government that kept Mary Jane languishing in jail for five years and where she continues to sit,” Wilson said.

She said the Veloso family deserves the support of the people as they have been through hell and back.

“Let us not be part of their continued suffering by casting judgements and aspersions on their experience – their pain of which we have no right to speak. Let us not have our petty bourgeoise upbringing, from our perches of privilege, lead us to do even more classist, discriminatory attacks, the likes of which they have already been experiencing all their lives. Let us not be the ones to let them down again,” Wilson said.

De La Salle University professor Antonio Contreras said the issue goes to show how some would put value on paying gratitude than on one’s call for justice.

One of the private lawyers of the Veloso family, Minerva Lopez said in a post that they have brave clients.

“They may be poor and uneducated but these do not deprive them of their capacity and their right to feel, to think and most of all, to be critical,” Lopez said.

UP Professor Roselle Pineda, in her Facebook, said the term “ingrate” is a politically-charged word that was “historically used by the ruling class, by colonizers, by the frailes, the hacienderos and the landlords in order to insult and demonize the toiling masses, the peasants, for not bowing down to the ruling class elites for giving them scraps to live by.”

“That is why I am and will be proud to be called an ingrate if it means reclaiming one’s dignity from years of oppression, as a person, as people,” Pineda said, adding “f*ck you very much.”

Psyche Roxas-Mendoza, a journalist, said the country is probably one of very few who would run amuck over the issue of gratitude.

“Is Mary Jane Veloso now safe from execution? Are there still a million things to be done before her reprieve is hopefully made final? Are we not still running against time to save her life? So, what are we doing spending oodles of time arguing what the mother said?” she said.

Joel Pablo Salud, editor of the weekly magazine Philippine Graphic, wondered why there was a smear campaign against the family all because they refused to say thank you.

“The government’s duty is to serve and protect its people. That’s Constitutional mandate, the whole reason why government exists. What is so special about the State appealing for the life of its citizens? It’s its job, the reason why they are paid with money sourced from the broken backs of its workforce,” he said.

Salud said the fact that help came at the last minute “already renders it suspicious.”

President Aquino told the media that he was not the one who created the problem. He added that Mary Jane was arrested in April 2010, implying that it was still under former President Gloria Macapagal-Arroyo.

But Salud said the country’s employment situation has pushed families like the Velosos to leave the country for work.

To those bashing the Veloso family, he said, “pray – I mean get on your f*cking knees – that it doesn’t happen to any of those you love: a daughter, a son, a father or mother. It scares me to be in your shoes right now.”

Wilson, in her Facebook post, observed how the the Veloso family was treated by government and embassy officials.

“…How they were talked down on as if they had no value, how they were always being made to feel grateful for the food, for the hotel, for the van- when in fact, this is all owed to them and much more. The way they were being treated, condescendingly and with little or no value, truly and honestly because they are poor,” she said.

Wilson said she has never seen any other family go through so much as the Veloso.

“And the grace and humility and love and gratitude in which they went through all that with – moved me to tears the whole time, and deepened my respect for the family who behaved with so much dignity despite their ordeal and their unimaginable pain. They are real people, and simply with aspirations for their daughter, for their children and grandchildren, to live some life of dignity and respect and value. Everything we, those of us who were born with privilege, take for granted everyday because we know they are our rights,” she said.

Still, others accused members of progressive organizations for influencing the family.

In a television news report, the family’s “thank you” note to Aquino was aired and then followed by the fiery words of Celia, which, the report said, merely echoed the sentiments of progressive groups and the lawyers.

A major newspaper came out with the headline “Militants use Velosos in labor protest rallies“ but the news was only about the Labor Day protests, and did not mention the Velosos.

“Where do people get the idea that Celia Veloso is an unthinking mouthpiece of the Left? I personally heard her and spoke with her and Mary Jane’s father weeks before the scheduled execution. She has always been consistent. She and her family have never wavered on their narrative,” journalist Inday Espina-Varona said in a Facebook post.

In a separate post, Varona added, “I get the anger of Mary Jane’s family. As for manipulation, they were left high and dry for years, and now you complain about how they landed in the arms of militants? #facepalm Maybe her mother could have phrased it more graciously? Dudes, they have five years of memories behind that rage.”

“Why the Veloso bashing? They suffered this ordeal for 5 years. They have the right to express their opinion at the very least: anger and disappointment at the executive. Why should that offend anyone? This has been their position from the very beginning, before marching with the ‘evil’ leftist. If one thinks they can act with more ‘dignity’ and ‘class,’ then good for you. The Velosos on the other hand, will do their thing,” journalist Atom Araullo said in a Facebook post.

Wilson urged netizens not just to know the full story first as it did not merely begin in the hour leading up to her suspended execution “but to look at the entire context of the case, to more importantly, to also imagine if this happened to you and to your loved one.”

She asked, “Would your pain not make you rage, too? Would you not be shouting even louder than Nanay Celia for what you felt were your privileges?”

Blogger Tonyo Cruz believes that the “ingrata” tag on Celia is a “sad outcome of the handiwork of pro-Noynoy partisans.” The Philippine Daily Inquirer and other media outlets who fanned the flames online failed to verify the authenticity of the trend despite available social media tools to analyze it.