‘Morong 43’ doc belies military claims they were not tortured 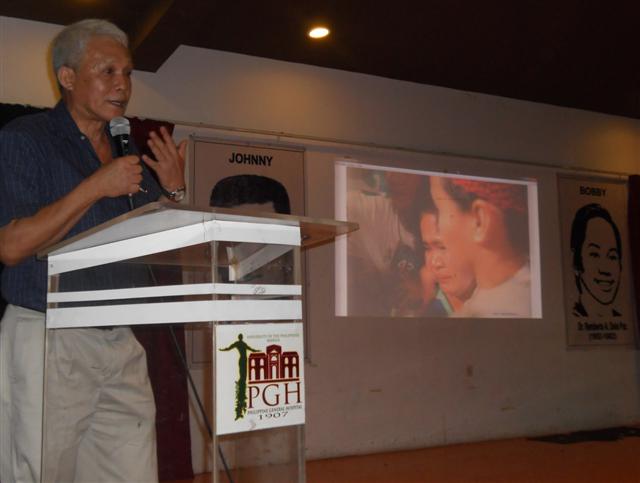 For the military, torture and other heinous human rights violations are acceptable when committed against those who refuse to bow to them.

MANILA – “There was a time that I was brought out of the interrogation room, blindfolded, and made to stand at the edge of a creek. They threatened to push me to force me to falsely admit that I am a member of the New People’s Army.”

This was how Dr. Alexis Montes, one of the so-called Morong 43, recalled the torture he went through in the hands of the military who arrested and detained them in 2009. Five long years later, the Commission on Human Rights issued a 26-page resolution stating that they were, indeed, tortured, illegally arrested and detained.

But Armed Forces of the Philippines public affairs chief Lt. Col. Harold Cabunoc, in a Philippine Star report, denied that the health workers were ever tortured. He added that five of the Morong 43 “later cooperated with the government and gave statements supporting claims that there was no torture.”

He also stressed that Morong 43 were not health workers but members of the New People’s Army. Two of the health workers, he said, were killed in two separate encounters in Bulacan and in Bicol after their release.

“I know they are community health workers. And even if they are indeed NPAs, are they not entitled to their rights?” Montes told Bulatlat.com.

Montes said it is only “natural” for community health workers to meet people from all walks of life when one works in rural communities, providing health care to people not reached by the government.

Five years after their ordeal, Montes admitted that he is still traumatized whenever he would see fully-armed soldiers when he joins medical missions in rural areas.

“The military should respect lives. If it was indeed a combat operation, fine. But what about those who were killed even when unable to fight back? That should not be the case. If they want peace, as they claim they do, then, they should begin by respecting lives,” Montes said.

In May 2014, members of the Morong 43 filed torture and other criminal charges . A separate civil case was also filed in April 2011. Both cases have yet to be resolved.

Edre Olalia, National Union of Peoples’ Lawyers secretary general, said the military’s statement shows how the military is “choosing to engage in vacuous press statements and image-building instead of exacting accountability.”

The five members of the Morong 43, he added, were “first tortured and threatened, then brainwashed, cajoled, and pampered, and who are as credible as inveterate liars can get. Up to this day the military continues to peddle the stories of these five, which their military handlers helped invent…despite the findings of credible fact-finding bodies.”

Olalia noted that the ruling of the Supreme Court, upholding the Court of Appeals’ dismissal of the habeas corpus petition filed for the Morong 43, was not because there were no violations, but because the health workers were already released. It was based on the “technicality of contrived mootness,” Olalia said.

“The spin that the SC had expressly ruled against the substantiated violations is a rewriting of the ruling,” he said.

The fact that the two members of the Morong 43 later on died in a military encounter with the NPA, he added, “is just beside the point.”

“Everybody is entitled to human rights, purported rebels or non-rebels alike. It also reveals the real state of mind of the military: that torture and other heinous human rights violations are acceptable when committed against those who refuse to bow to them,” Olalia said.