You Are Here: Home → 2016 → March → 3 → ‘We have excellent resources, people but govt should help put our acts together’

‘We have excellent resources, people but govt should help put our acts together’ 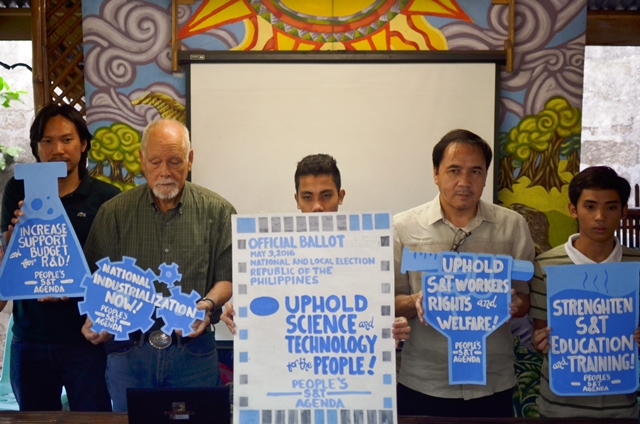 ‘There is currently a disconnect between science research outputs and the needs of local industries.’

MANILA — Lito Abelarde, chair emeritus of the Chamber of Herbal Industries of the Philippines Inc., gives an example of an industry in which the Philippines has huge prospects for growth but is hampered by lack of government support.

Abelarde is into production of natural health products. He believes its expansion will benefit the Philippines as it will help farmers, especially the beneficiaries of so-called agrarian reform.

He added that we also have the climate, and the people to work on it.

“The potential to supply world demand is tremendously huge. Fifty years ago, we have just 11 companies, now we have more than 90 and many more are applying. But many are forced to import materials,” Abelarde said.

Most of these companies are categorized as small to medium scale companies, and they are making inroads, but based on Abelarde’s message, there is bigger room to grow.

“Although we have no problem with money, land, people, the problem is we’re not acting together.” He said even the government is in that “sila-sila lang” mode (each to his own).

As an example, he said “There is currently a disconnect between science research outputs and the needs of local industries.”

“There are a lot of research that are not being followed through. There are research for research’s sake. The people should benefit from it,” Abelarde said. But businesses like theirs in natural health products are not being heard.

He said the Department of Science and Technology has been doing research; it has developed over 2,000 technologies from it, but only less than one percent is currently being used.

“Scientists must work together with business… Private sector and industries must work with science,” said Abelarde. From his message at AGHAM’s forum, he hoped the government can come in by providing synergy so all these are acting together.

Instead, he cited an experience in which the government through the Department of Trade and Industry invited them to an international trade fair, yet, did not even help them in footing the cost of putting up a booth.

When they got fed up with being brought here and there by the government yet largely leaving them on their own, they put up their own trade fair. Abelarde said it runs continuously at less cost.

But, for any industry to achieve bigger expansion and come close to its full potential, Abelarde, like other businessmen, admits that “The reality is the government is there, and it can work with business in setting up the infrastructure.”